"The story begins at the Palma di Montechiaro monastery in Sicily. Born in 1645, Isabella Tomasi entered the Benedictine convent in 1660 and became Sister Maria Crocifissa della Concezione. According to the legend, she awoke one morning in 1676 and found herself covered in ink with a mysterious letter in front of her in her handwriting but undecipherable. Since she had no memory of writing it, she claimed it was a message from Satan which she transcribed while possessed. Since no one could come up with a better explanation, the text was called ‘the devil’s letter’ and put on display at the convent where it has defied decoding for 341 years."

From the following link: https://mysteriousuniverse.org/2017/09/mysterious-devils-letter-decoded-with-help-from-dark-web/

Is the writing from a demonic possession, mental illness, or intentional manipulation by the nun? 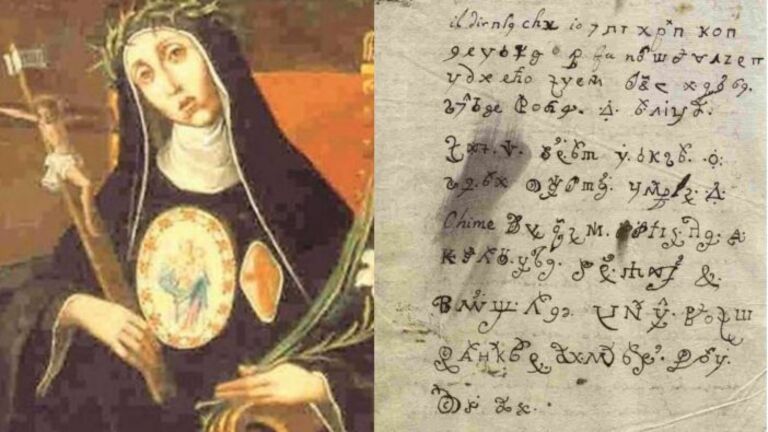 Jul 03 2021
03:01:01 Jul 03 2021
Read 142 times
EstrangedOne
You know, it's actually kind of funny. I remember hearing about this thing a long time ago, but never saw anything of it. The alphabets, however, look quite familiar. I can definitely see some Arabic and Greek in there, but the story claims Runic, too... I'm not seeing any of that. But I do see something in there that looks very familiar.

I just wish I still had my old library, because I had a handful of books that held almost the exact format of alphabets, along with translated meanings.

The letter has been decoded, but it took 341 years.

Jul 05 2021
14:16:18 Jul 05 2021
Read 114 times
EstrangedOne
Oh, I'm aware. But it still stands to reason. It was also forgotten that the girl in question was also fairly linguistic (but I think people forget that there are some languages that can't simply be spoken - only written). And there are also some languages that are better left alone (I would know, because I actually happen to speak one of them, and it's not exactly looked upon well by religious sects).