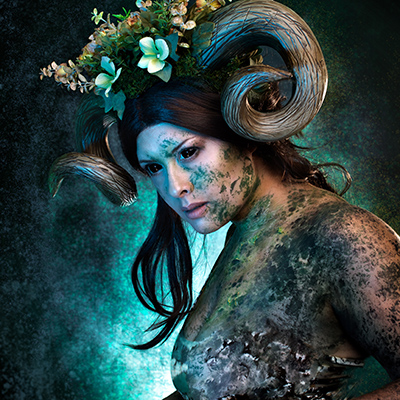 You know, it's a choice to live as a reactionary person. No one makes you take part in their bullshit. If you're hinging your maturity on someone else acting their age, you're no better than them and you're merely waiting for a chance to indulge in shit behavior.

Being the bigger person isn't a public declaration of victory, it's just simply no longer repeating the same pattern. It's not as attention getting and no one applauds you for it because it's really the bare minimum of what a person should be expected to manage. It can feel like the other person is winning, but how is relentlessly taking the bait considered a victory? Literally anyone can do that.

It is very liberating to not let another person dictate your day.

People cry how much they hate it. The truth is, they love it.

Did someone order a Truth Bomb!?

People need to take accountability for their own actions and how they act, yet they won't. I recently told someone that a person they were accusing of something wasn't the person doing it. It was basically an 'I don't care I do what I want' response. That's the type of person who wants to be involved in the shit behavior.

People that keep pushing and doing things because they know a person will react are just huge assholes. Especially those that do things to get the reaction and then act like they aren't or it isn't them. It's so old. It really isn't hard to not be a bridge troll of a person. With some it has been their behavior since they hit the sign up button years ago.

If only they had a magical enema that would flush out their shit behavior and make them realize they are a blight. Course some know and don't even care. Assholes.

Some days I log on here and am immediately transported to the midwestern trailer parks I had hoped to never see again. You know, where the same people are having the most epic fights about the most pointless shit and it is apparently their entire world. It's so messed up. They have their own little micro-world...

I'm serious! One time when I was a teenager we had to pick up this one kid who had started hanging out with our little group of friends. He lived in one of those trailer parks and as soon as we arrived we were ushered into a home by one of the adults and had to sit through a round of drama bullshit complete with people posturing with their guns and talking about how if so-and-so came around they'd be ready.

And at the middle of it all was the matriarch. It was impossible to mistake her as anyone other than the engineer of it all. She sat in an oversized brown recliner as if it were a throne, silently watching all the people around her playing tough and getting angry. Whenever she spoke everyone would stop to listen and while her words were calm they did nothing but make everyone more incensed and ready to fight over some perceived injury to their clan. She played them all and they were happy to dance in her web.

I sat next to my friends and watched it all happen, really wishing I could leave. I realized they are all exactly where they want to be and no one is even dreaming of leaving this tiny world where they can feel like every day has purpose. These were people so void of ambition, ideas, goals, and substance because they had replaced it all with the relentless need for fight after fight. As long as they were fighting, whatever they were fighting over HAD to be important, and if it was important then their lives HAD to have meaning.

Sadly the kid we were trying to hang out with ended up being a bit of a dick which, after that, was not really a surprise. He tried to start fights with the other guys in our group and we drifted away from socializing with him. How could he have not been indoctrinated into that bullshit if he had grown up in it. Can you imagine? Can you imagine growing up surrounded by meaningless bullshit and anger?

I was just thinking about that again today. All the years I've thought about it I still keep coming back to the same question: Were they happy? Did they genuinely enjoy being that way? I guess I can't really argue with doing what you love. I just thought it was ridiculous to distill the whole world down to one little trailer park and fight with the same people over and over. You'd think eventually they'd get bored but I guess if you make your world small enough, that's all there is to do.

Anyway... It's laundry day. Off to switch out the loads..

Man... I so feel this. They really think they're badass and showing the world how formidable they are. Surely they have to be completely oblivious how opposite they come across- surely... would people knowingly display themselves so incredibly idiotic? I don't know... maybe. I mean, it's been years running and we've always made it clear how we feel about it. Periodically these folks will praise our intelligence- but I guess they don't really put too much stock into what we think or they'd reassess their actions here.

Oh no, they hate us. I learned that these people hate everyone who doesn't engage in the fight and pick sides. We're snobby outsiders who abuse our power. Any time they say something complimentary is a complete manipulation tactic, like when they ask to buy one of my masks. There's nothing genuine about it, they just want to see if they can get someone to pick a side.

BTW I saw your forum post about favorite vampire, how dare you put me in a position of picking one??? I still think that my favorite might be Blade. Is that lame? LOL

I dig Blade. I think I need to rewatch that movie now. Half human half vampire- that's the way to go.

Dude, I love the movie. I love how there's a man and a woman and they DON'T end up together. So refreshing.

Y'all need a time out or something? For fuck's sake you have as much self control as I do with a bag of chips.

For me it's Fritos lol.

All of the platitudes or wisdom in the world is wasted if you don't first apply it to yourself.

Sometimes when people make complaints about how Admins do their jobs it really makes me chuckle. If you think we should do things differently and be harsher to your enemy of the week, I'll say it again:


Don't dish out what you wouldn't want to be served.

You pout every time your hypocrisy is pointed out. I am not a religious person, so I can't speak fully on behalf of those who practice the faith, but the holier than thou responses you like to trot out every time you're humbled are embarrassing. You don't need to worry about the rest of us. If you're so quick to prescribe church, maybe that's a pill you should be the first to swallow. 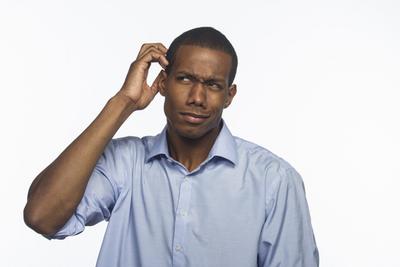 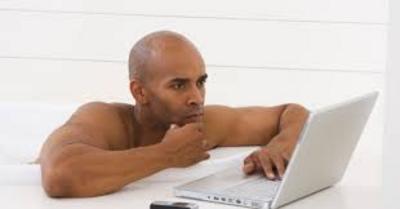 A person shouldn't have to rely on a church or a religious tome for a reason to not act like an asshole.

Some people will just never *get it*. Whether it be because they have a mental illness, they can't grasp what is being said or they just are so oblivious to the obvious. They just will never *get it* no matter how clear you make it. You could make a bullet point presentation and a Tedtalk and it just wouldn't matter. I've gotten to the point where I just delete things because I don't have the energy for the effort it requires.

Where does church fit into the topic of this post? I find it hilarious that the one person who thinks she's in a serious sexual loving relationship with the " Grim Reaper " suggest this website needs to go to church.

I have my theories. From personal experience the whole church thing seems to come up every time a person needs to deflect from their own behavior and criticism and so vaguely implies that everyone ELSE has something they need to answer for.

My two cents to the subject of religion. Your final destination is not base in your faith, but in your Karma. Many of those, who implore God to do the dirty work for them, are the one, who will reside in the south wing of hell. Peace!!

Lol It is amazing how the guilty always incriminate themselves. It is like impossible for them to let anything generic go by that they KNOW is about them.