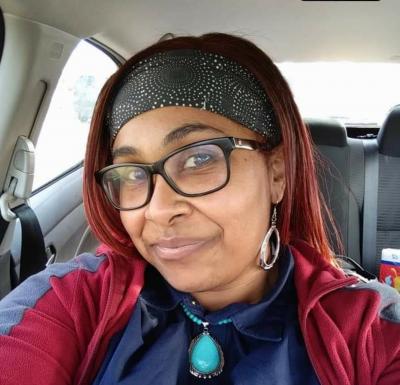 As I lay in bed, not feeling very well, I'm listening to some vampiric binaural beats to help me drift back off to the land of dreams. I place my hand on her shoulder and truly for the first time, I can feel myself feeding off her energy.

I was in denial at first, no it don't feel like this...does it, and as I felt my hand pulsing I can feel her energy travel up my arm and into my body, yes, this is exactly what feeding off energy feels like🤯

I'm actually a vampyre!. I've ran from it for so long, I've forgotten what it actually feels like. I'm stepping into my true authentic self. The depression of change and denial is still there, but that too shall pass.

In order for me to be at my full potential, I must do my body right. Exercise, eating right, stretching etc. My feng shui isn't right, my body is talking to me, trying to communicate and it's time for me to listen.

Your body is a living vessel, and it does communicate with you, letting you know when something isn't right...tune into it and listen.
I pull energy to feed it but that's not enough. Your body especially a vampiric body , it a temple, a vessel that gets you through this life, and if you don't take care of it, it won't take care of you.

Ok body, I hear you loud and clear now, I'm listening, and I will meditate more so I can hear what your saying❤️❤️❤️, ik you love me,.now it's time for me to love you back.

I'm ready to accept who I am, so I can take care of your properly 🧛🧛🧛

So lastnight I had this dream that I was in like this wildlife reserve type thing...and it has lions and tigers and elk and deer, and I was being attacked by the tiger, and I actually felt the tiger attack me, like that was actually there, I felt the pain and everything. I've never felt that before.

Then I woke up, or I thought I woke up and I heard this voice tell me the reason why I felt the pain is bc there was a psychic vampire in my head, I was was being attacked by a psychic vampire🤯🤯🤯. And I have a feeling ik who it was too.

Then I went into another slide and I was on a campus, and there were two frat houses one names Aries and one names incubus.
There was a girl in the Aries house that attacked me twice, like the vampire sired the girl and she attacked me TWICE and then a girl from the incubus house attacked me too like they were sired and ordered to attack me....and I felt that shit too...like wtf.

I had run ins before with this pay vamp, but now she's trying to prove a point by attacking me....this shit is crazy as hell. I've had witches attack me before, but never a vamp. I'm slacking on my wards, I gotta put them back up and plan a counter attack🤬🤬🤬

So I was meditating on this journey, asking if I was crazy?...am I really a vampyre? Is it in my head?...then my meditation got deeper, I saw my authentic self with bat like wings and white hair, you are a starseed vampyre, your not from this world.

Your energy is ruled by the moon, which is why you have energy at night, you can gain energy from people, the elements but also, through fruitful reading, reading that feeds you information and also reading that activates your imagination ❤️

I can definitely confirm the reading part, I def get pumped with energy from reading❤️ then as I was listening to my vampyre transformation music and all of the sudden I started having convulsions for a few seconds and then I was released from my trance.

There aren't any materials on starseed vampyres except for 1 text that I found, so my journey is going to consist of meditations and intuition only🙄

I woke up this morning from listening to a vampyre transformation from human to vampyre mantra( very interesting BTW). Feeling alil bit enlightened.

These flashes of candles keep popping in my head, that's the universe telling me that today I need to do those exercises that's in this book I'm reading ( energy magick of the vampyre by don Webb)
This book is to help awakening the vampyre within and initiate.

But of course I'm still laying in bed bc I don't have alot of energy.
Ik I pulled some energy lastnight from my beloved and I probably stored it ( unintentionally) I can't control it yet.

That's the little energy I have for this morning. 😩 I gotta force myself up and get ready for the day, all I wanna do is 😴 sleep. This is super annoying 🙄.

I have been paying more attention to how I feel today and what I've noticed is, I feel completely drained during the day, but my energy replenishes at night....so weird, and it's not me doing anything in particular, this is in my natural state.

So I am thinking during the day I have to have a energy source, but at night I am naturally energetic...this would make sense bc I have a hard time sleeping at night bc I have so much build up of energy.

Which is why I have to exert my energy at night before bed. Wow...I've noticed this before🤔

Well...this is a long journey, something different from what I'm
Use to. I'm doing lots of research on the answers I seek. I did not pick this journey for myself. But sometimes the paths we walk is out of our control.

The vampyre that I am, is a starseed vampyre, ones whose origin is not here in earth. There are vampyres that derive from other planets in other galaxies. In a past life I watched my world burn as I burned with it. My wife at that time was alrdy gone, I lost her in death so, I really had nothing else to live for.

So needless to say, this isn't my first vampiric life. I guess, once a vampyre always a vampyre, no matter how manner incarnations you have lived. You will always cycle back around

My name is ambyre, I've researched vampyres, the real and the fictional for years, I would have never thought for a million years I would be sending this message.

I started on my spiritual journey years ago, as a witch, opening myself up to the universe, being guided etc. My spells for years worked, until recently, I felt disconnected from them, now mind you I've been interested in vampyres for a very long time, but never researched covens or paths etc, just vampyres themselves.

I did a meditation to see why my spells didnt work. The universe talks to me through things that I like, that's how they send me messages. So I was asked what have you been watching non stop lately?... So I thought and I thought, and I realized I've been watch vampire diaries, now mind you I refused for years to watch that bc it was NOT my forte, to girlie, then all of the sudden out of nowhere I start watching it non stop...yes I've suspected for a long time that I may be one, bc of my lack of energy I've always had since I was a kid, but doctors couldn't figure out why.

I've always been told to go out in nature to get energy. I've accidentally took people energy, and those are the few times I've ever had full energy in my life.

Ik this is long but I just wanted to explain myself...ik vampyres are a certain type of energy being( starseeds even) and for the life of me I could never figure out what my origin story was...until recently.

So the universe cut off my witch magick bc that was only to get me into the metaphysical world, and to help expand my mind and to grow, it's more believable to think one to be a witch versus a vampyre. I wasn't ready and had I been told that, the results wouldn't have been good. This is a hard pill to swallow to be honest, I basically have to start over.

it's alot easier getting info on witches and witchcraft then it is on vampyres. But some how I ended up here, @ vampire rave...let's see where this goes