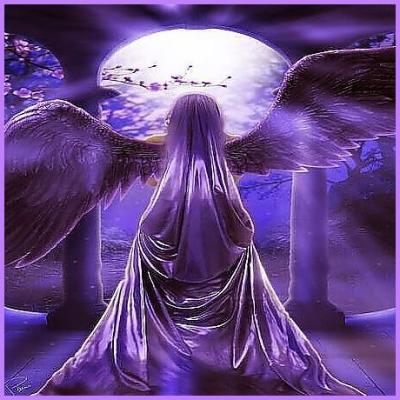 Animals in Celtic and Welsh mythology are usually tied in with fertility anf vitality as well as a connection to the realm of spirits and the gods. Below is a brief list of some of the animals in Celtic mythology

Birds were associated with prophetic messages and death transitions. Birds, especially ravens and crows, usually presage bloodshed and battle. Morrigan came in the shape of a bird to warn the Brown Bull. Deirdre's dream of three birds drawing blood foreshadowed death and Lleu Llaw Gyffes was shedding rotting flesh and maggots while in the form of an eagle. The Irish war goddess were said to call the ravens down to battle field to feast on the flesh of the slain. Birds can also be used to demonstrate a warrior's prowess by their method of capture. Lleu Llaw Gyffes was so skilled he could hit birds with a stone without killing them outright. Cuchulainn demonstrated even more prowess capturing birds skillfully, but his son, Connla was still more skilled. He could not only stun them with a stone, but also with only his voice.

The boar is a symbol of masculine power. Its meat was served at Otherworld feasts for the deities. The sow is associateed with some Crone/Mother Goddesses, such as Ceridwen and wi9th Otherworldly feasts. The pig is the archetypal symbol of plenty, healing and shapeshifting.

The Bull was a symbol of virility, sovereignty and walth. The famous Irish legend, The Cattle Raid of Cooley(the Tain Bo Cualnge), surrounds the taking of a famous bull. In Ancient Ireland a highly ritualized "feast of the bull" (Tarbhfhess (bull seleep) always preceded the crowning of a new High King.

The Cat represents guardianship, detachment and sensuality. The Goddess Brighid had a cat as a companion. Because the cat was associated with the Goddess and the feminine, the cat was sometimes perceived as "unholy". The cat's ability to see and work in the spirit-world makes the cat an ideal ally for a magician. The Church's fear of such powers resulted in the torture and death of thousands of cats in Britain and France. However, the cat was used as a family totem in many Scottish clans.

The Crane symbolizes secret knowledg, patience and longevity. "Crane Knowledge" was knowledge of the Ogham and arcane science to the Druids. Three cranes guard the entrance to Annwn (the Underworld).

The Deer/Stag was the principal animal hunted by the Celts for food. The doe was associated with most woodland Goddesses. The stag was often seen as the incarnate form of woodland Gods such as Cernunos. White stags were considered to be from the Otherworld. In mythology their appearance always heralded some profound change in the lives of those in the myth. It was considered to be among the oldest creatures in Celtic Mythology.

The Dog was sacred to the faeries of Ireland and Scotland probably because they were held in high regardby the Tuatha de Danaan. Many Celtic myths involve dogs or dog familiars, which belonged to heroic figures or deities, and wars were often fought for and over them such as the one between Fionn MacCumhal and King Arthur. Examples of the importance of Celtic dogs are found in the myths of Gwyn Ap Nuad, Cuchulain, Amaethaon and Taliesin. Dogs are also the archetypal symbols of shapeshifters.

The Dragon is another might magickal animal that appears in Brisith and Welsh stories. It is, of course, a creature of fire, but is also related to the Power of the Land. Another word for Ley Lines is Dragon Lines. Another name for raising power is to invoke the "Eye of the Dragon". The whole Earth was viewed by the Druids as the body of the Dragon. Menhirs and stone circles were located at grea power nodes. The Celts also called dragons "Fire Drakes".

The Eagle represents intelligence, renewal and courage. Eagles were associated with death Gods such as Beli. In Welsh mythology Llew (Lugh) as turned into an eagle at the moment ofhis murder. It is said that the secret burial place of King Arthur high in the mountains of Wales is guarded by two eagles. In Gaellic the eale was sometimes call Suil-na-Greine, Eye of the Sun. It is one of the four most frequently-mentioned birds of the ancient Irish and British tradition. The other are the raven, swan and crane.

Fish, salmon in particular, are associated with knowledge. Sea creatures llinked the Celts to great knowledge, sacred mysteris and deep emotion.Typically, only deities of great wisdom and temperament ruled the Celtic seas. The myth of Nudons and Fionn is one myth dealing with the salmon. It is said that the salmon acquired its great knowledge by eating the Nine Hazels of Wisdom that fell from the Tree of Knowledge. The salmon is said to be one of the oldest living creatures.

The Horse was sacred to many Goddesses. They were linked to the night, the moon, myster and magick. Nightmares, a name which is derived from that of the female horse, were thought by the Celts to be brought by a visiting horses Goddess such as Epona or Mare. In most Celtic myths the horses are black or white.

The Raven or Crow werelinked with death deities. The Crow is linked to Crone Goddesses such as Badb and the Goddess of war or death, Morrigan. The Raven flew over Celtic battlefields as the deity incarnate. The Celts used the image of the Raven on its armor. The raven is most closely associated with the God Bran.

The Salmon was revered as extremely sacred in the Druid tradition. It is the oldest of all the animals. The salmon is said to have acquired its great knowledge from eating the Nine Hazels of Wisdom that fell from the Tree of Knowledge. The salmon was of such importance to the Druids that it can be found carved on the acient Pictish stones in Scotland. The salmon is the only animal able to lead Culhwch and Olwen to find the Mabon, the Divine Child of Druid Tradition.

The Serpent or Snake represents the cyclic nature of life due to the annual shedding ot its skin. It is a phallic symbol, a symbol of the Triple Goddess and of the earth mysteries. It is important to the Druids, and is found on much old Celtic jewelry. Snakes represented the procreative ability of both genders and the mystery of both physical and metaphysical procreation. Druid's were also known as "Adders" and it's possible that the story of St. Patrick ridding Ireland of snakes refers to the Druids.

The Swan represents the soul, love and beauty. Tir-na n'Og was the name of the Land of Eternal Youth in the Otherworld. The White Swans of the Wilderness were four children of the Tuatha De Danaan. The Dream of Oenghus tells of humans, 151 women, who become swans, who on alternate Samhuinss gather at a lake to transform themselves into swans

There are many books and websites that delve into the Celts. If you are as intrigued by them as I am, I encourage you to do further research.