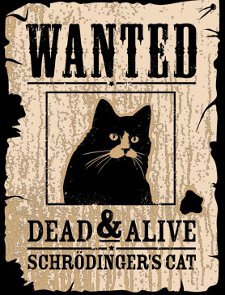 You're now chatting with a random stranger. Say hi!

Stranger: Listen, do you want to know a secret?

Stranger: Do you promise not to tell?

You: Well, considering the odds that we know any of the same people from a completely random chat.... sure.

Stranger: Closer, let me whisper at your ear... I'M BATMAN.

You: Shouldn't you be out fighting crime instead of goofing off on the internet?

Stranger: I have a Rogin.

You: Oh, ok. I thought you meant Rogaine, and I was all like "Damn, Batman is balding... that just sucks."

You: Kind of a pansy, really.

Stranger: One of them it called itself Nightwing, but everybody knows that it's a Robin.

You: Yeah, Nightwing is alright. The movie versions of Robin though...

Stranger: They do the job. Instead, the police need to move their ass some times.

You: It's just so hard to trust which ones are on the right side.

Stranger: I don't care. Gotham City needs a Superman or something. I hate that, nobody loves me.

Stranger: But everybody loves Superman.

You: Yeah, but I don't see Batman being taken to his knees by a piece of rock.

Stranger: What you know? Whom are you?

You: The one and only.

Stranger: Agre you goint to kill me?

Stranger: But, you know.

Stranger: Being Batman it's hard.

Stranger: No one knows what it's like to be the Batman.

You: Try being trapped under the ocean for a few millenia.

Stranger: But, you're immortal and stuff.

You: Yeah, but before I started stealing wi-fi from Nyarlathotep, eternity got bloody boring.

Stranger: That's only a price.

You: And actually, the wi-fi really just made things worse.

You: After discovering your anime, and realizing that there are millions of schoolgirls in Asia that dig tentacles.... and here I am, stuck.

Stranger: The asian people are weird.

You: Good food, though

You: Cars, technology... Yeah, I can deal with a little weird.

Stranger: And the girls will love you.

You: It's been so long since my tentacles have been rubbed....

Stranger: Well, you have to go outside there.

You: And why's that?

You: The Dark One scoffs at rules.

You: Well, I think it's time for me to be off. It's been interesting.

Stranger: But the world needs some rules.

You: You too, Batman.

Heh those Asians and their odd love for tentacles. Cthulhu hit the jackpot!

What have you done in your life that you would be embarrassed to admit to someone not a complete stranger?

Stranger 2: i smoked crack once

Stranger 1: not gonna lie, she was gorgeous

Stranger 1: and i loved it

Stranger 2: are you a girl?

Stranger 2: so u thought he was a she at first?

Stranger 2: but then got down there and said "fuck it im gonna suck this thing" even still?

Stranger 1: booze does crazy things to a man lookin for ass haha

Stranger 2: i salute you

Stranger 1: she had already been sucking me off

Stranger 2: i might do the same thing if i was really wasted

Stranger 1: ide do it again if i was with one that was as hot or better

Stranger 2: you prob made that dudes night

Stranger 1: i prefer to call it a she

Stranger 1: she had real (implants) tits to grab onto, not a stuffed bra lol

Stranger 1: some of these shemales can really pull it off without you knowing

Stranger 1: and im glad i took a pic of her

Stranger 2: hot girl then all of the sudden...penis!

Stranger 2: i love that someone is watching us have this conversation

Stranger 1: felt nice to wake up in the morning, see her pic and be relieved i wasnt one of those drunk guys hitting on an ugly transvetite at the bar haha

Stranger 2: i did have my crotch grabbed once by a parapalegic drag queen

Stranger 2: i was at a gay bar with some friends and there was a drag show then an after party

Stranger 1: i have thought about going to a gay bar on drag night jus to try n find another hot one

Stranger 1: but i cant...know too many people in that community

Stranger 2: you sure you strait? you might ahve a little bit of bi sprinkled in there

Stranger 1: even though most gay/bi/trans keep their mouth shut about shit like that, i cant risk it

Stranger 1: i guess you could call me bi for shemales...but only very hot very passable you-would-never-know showmales haha

Stranger 2: i wouldnt specifically seek them out but i could see messin around if i was drunk and thought they were a girl

Stranger 2: it was nice talkin

Stranger 2: good luck in any shemale seeking you may do

Stranger 1: you too haha