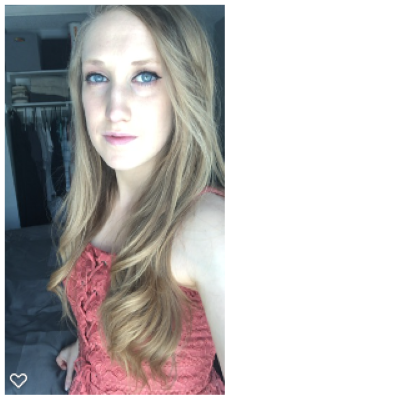 You ever hear a story that connects with you...but it's more than that. It's like, upon reading the words it's almost like you were there..., that you had experienced the exact scene it played out....Almost like Dejavu. I have had this happen to me on a few occasions. Not saying that really means much, but I find it...odd.

Here is a story I heard from someone long ago...Now I will just be paraphrasing as the I am not sure anyone actually wants to hear the story in full detail.

The Girl Made From Leaves

Centuries ago....in the 1500s, in the Highlands of Scotland, lived a girl named Katerina. Her mother had decided to go with the Greek version of the name which means "pure" versus the typical Scottish Gaelic version "Catriona" as her mother was always trying to be as original and out spoken in everything she did. She lived in her Grandmother's old cabin nestled in some trees near a river. She lived there alone. Her parents had died the year before from the Plague. All she had of them was a few pieces of her mother's' clothing, which she was just now starting to fill into, and her father's clay tobacco pipe. Though coming from a more...."city" type background growing up, Katerina loved nature and was always playing in the dirt, climbing trees and chasing the leaves of the changing seasons. So when she lost all her family and had to moved into this old dusty, dirty cabin, she didn't mind much. In fact, she thought of it as a refuge from the rest of society. She wasn't much of a social butterfly and loath having to interact with much of anyone if she didn't have to. Though...that didn't stop some of the boys trying to win her affection as her beauty was that of an Angels. Her hair (much like her mothers) was a sandy red reaching down to her lower back. To better describe, it was a dirty blonde with hints of red, and when the sun shine through it, its looked almost as if it were on fire turning a slightly orange color. Now her eyes....no one in her family knows where she get her beautiful yellow amber eyes as her father's were blue and her mother's green. She did have her father's complexion though, quite pale, with a touch of sun for color, making her not completely pale.

It had been a year since living in this cabin, and though quite solitary, she was happy. The world was her backyard, running....always running through the hills, trees, running wherever her heart take her. She had become quite good at looking for the signs of changing seasons, if only to see the change for her favorite time of year. The one her mother also cherished the most, the one that gave her very life, breath...Autumn through Winter. The moment she would see the leaves change color, to the first one falling, she felt her energy grow, her strength, her mind, everything was...heightened. She loved the cold, seeing her breath frozen right after it escapes her body, it was truly her paradise.

With Autumn already here, she was running faster than ever, faster than the leaves could fall from the trees, her heart pounding as she makes around the bend toward her cabin until she spots....a man. She suddenly stops...though it seems he still may have heard her as he lifted himself up from the bank of the river looking for the source of the sound. She thought to herself, "He must have incredible hearing to have heard me from this far back". Cautious, she stay still, surveying his every move; wondering what he could be doing there. Then he shouts, "I know you are there, I can hear you breathing...quite hard actually are you okay?" Frightened, Katerina turns and runs, she knows these hills and trees better than anyone she can lose him. However, the moment she had lifted her foot and slammed it to the ground he knew exactly where she was, though quite impressed as when he looked, all he saw was falling leaves in her place. He chased after her, hearing every footstep she made. She runs near the river, contemplating crossing it, she knows there is a small little cave just ahead that she can squeeze into in hopes of losing him....She goes for it, and banks left right into the river. She is half way when she turns around and see nothing. By the time she makes it to the other side, she is drenched and tired, but has more than enough strength to continue on. As soon as she looks up though, he is there...standing right in front of her. She screams and falls backwards, almost falling back into the river, however he catches her by the wrist and slowly pulls her back. She fights for her wrist before he lets it go and she falls onto her backside. Looking frustrated more than scared she viscously says, "What do you want?". He introduces himself as Alex...he is not from around here and she could tell from his attire. In fact, as she looked closer, his entire appearance seemed strange. His hair with shoulder length in a medium brown tone, his eyes almost two colors, blue, yet dark brown, his skin paler than hers and his body looking that of someone who was a laborer; toned and defined. He wore a off white ruffled long sleeve shirt, tucked into dark trouser pants.

In response to her questioned he answered, "Well I am here for you, young one". This only annoyed her, as she was getting the feeling something wasn't right, "What do you mean you are here for me?" she snarled. He chuckled at her failed attempt to intimidate him and said, "I have much to teach you, come on let's go back to that little cabin of yours." After some pouting and refusal, she mustered up from the ground and followed him back, though keeping her distance.
Once back at the cabin, she cleaned herself up and dried her hair, before taking a seat near her fireplace. Alex, keeping himself near the door at Katerina's request, began explaining that he is here to...protect her. "I am here to protect you, you are the balance between good and evil." Katerina, confused asked, "You sound crazy, maybe you should go to the Asylum, get yourself treated." He did not grin at this, "Maybe some other time, right now I need to teach you everything there is about this world, and the true evil that exists." As she is about to laugh, he (in the blink of an eye) now right in front of her, stares into her eyes and though she couldn't understand why, she believed him.

She thought to herself...could this be real. She asked, "What did you mean by me being the balance?" Alex, whose face turned more compassionate said, "You, Katerina are the purest being in this world and if you are not protected, can and will become corrupted, tipping the scales for the evil monstrosities to wreak havoc upon this and all land. It would be an inferno of hell on earth." Seeing the terror in his eyes, she starts to shiver as if she can actually feel what he is feeling, the pain, chaos and destruction. All she could say is, "Why...me?" Right as he is about to answer, Alex hears something coming something evil. He swoops up Katerina and runs out of the house, as fast as he can. She asks, "What's going on? Why did we leave?". All he could say was, "Something bad was coming for the house, something disguised as a man but is really a monster. I am taking you somewhere safe, but it's a ways from here. Try to get some sleep, I'll wake you upon arrival." Though moving at what seemed to be impossible speeds, she rested her head on his shoulder and only now realizing how exhausted she was, fell into a deep sleep.


Unfortunately, this is where the story ends. I was never given the rest of the story. I definitely feel a deep connection to it though and had my own Dejavu moment when first reading it.

Glad to hear I am not the only one :)