this is wats happening in the vampiric world at this moment. Thy King has came back and is gathering force all arould the world and is going to take wats ours back and throw humans back into being slaves and cattle so we can have blood agian, then we cant in these days with out getting into trouble. At this moment in texas they are gathering forces for war and getting ready to up rise and take wats ours back. the word has been sent to most places where the vampires are gathering and arming them selfs with the vampiric weapens. but more vampiric weapons have falling into the humans hands and we do not know how when we hide our kinds weapons well from the humans.

the mian person who owned this body , his name was josh aka Ankal Algish Kinsha leader of the kinsha clan and of the vampiric world, he and his loved one korisa have moved on to a different place. im his son Norma Ankal Algish Kinsha. i have now takeing my fathers place.

at the persent moment i am gathering forces around the world and all. i have them train , and getting them ready for war. when the fay come they will atttack with out warning and will distory everything but i will have men ready for the war. humans will b e put back into slavery, where they had been long ago. they have used there last chance of controling this earth and its time to do wat is right to keep our kinds alive and well. not having them be killed off or touchered.

the royal clans that there are


Kinsha Clan: the highest clan and highest royal bloodline. it went into hideing when the humans had stop believing in the vampiric world, untill a few months ago the kinsha clan had resurface and as well has 9 other royal clans has to.

who is in the kinsha clan

Farzika: the Farzika clan is the third clan. their leader is Kindra.

You've been visited and rated By: Venerable Sire RavenLilyMoon Coven Mistress of The House of the Kindred Rose (Coven) ... Please feel free to return the favor and if you want to add me all I ask is you message me to let me know you did so I can in return.. Thank You.. Have an Awesome Day. 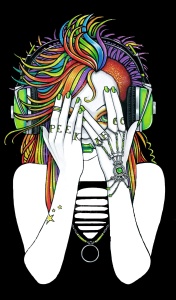