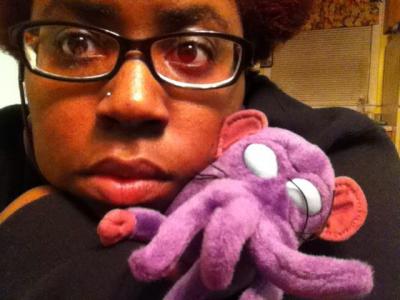 It's time for a profile overall! I haven't updated in 5 years.

My name is J and left has taken me on quite the journey since we last met...

When I saw you last I was starting college. I was working two jobs and trying to find time to focus on my studies. Keeping up with my paid VR account became a pain and watching my VR friends come and go became emotionally painful. VR was my place to go to connect with people so I wouldn't have to do it on campus. Eventually I made friends at college and VR turned into a thing of the past.

Luckily, for you, I'm still a terrible writer that writes too casually and often offends those with keen grammatical eyes.

When I saw you last I was broken and torn down by ex-partners and flings.
Abusing myself for reasons I didn't understand.

But now that I've returned I can truly say that I have evolved.

I bought a house with my partner of 5 years. We own an unusually small cat named Raven and live in the country.

I am the director of an LGBT Center in rural Tennessee.
I am the executive assistant for a civic center.
I am a board member for a non profit that teaches art and leadership to under-served youth in the Knoxville area.

I still create art. It's not really an outlet anymore but I'm working towards creating pieces that express something other than boredom.

I can honestly saw that I have mellowed since we last spoke. Early on I realized that my personality was much too brazen and for the wrong reason. I was a weak person pretending to be strong...

I was raped in 2012 by someone I was dating at the time. That was the turning point. I think I spent about a week telling myself that it was my own fault. Then the real me started the engine. The real me pulled the trigger and said enough. I shut down the part of myself that blamed J for all her problems. We don't have time for this shame filled party. I needed to become a support system for myself. I needed to show myself that I was worth more than that. My intelligence was not to be questioned but challenged. Since then I have challenged myself and created the monster that is self confidence and controlling my environment.