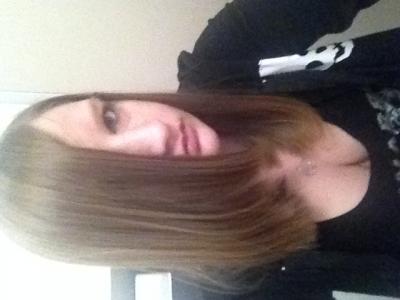 "I believe there is a subtle magnetism in Nature which, if we unconsciously yield to it, will direct us aright." -Henry David Thoreau

My name is Sara.

I am made of a billion different colors. I am friendly but often shy, greatly intuitive, strong willed, playful, sexual, ambitious, random, open minded, and generally at ease with the world. I also can be very insecure at times, indecisive, critical, and terribly anxious. I know exactly who I am and I am more than willing to share that with most of you, as long as the gesture is reciprocated.

I do not tolerate lies or senseless drama. I live by a strict code of zero bullshit. That means that I will tell the truth no matter what (in the most delicate way possible, of course), and I expect the same in return.

I am taking college classes and am majoring in Environmental Science. I hope to one day save this world from humanity. As of right now I'm thinking I will eventually relocated to Vancouver, Canada. I do not think I will stay in the United States.

I am a Vampire. I am an energy feeder, sexual energy in particular. I do at times have cravings for blood but rarely indulge. Some may not believe me, and that is perfectly okay. I do not need them to.

Religion-wise, I am very open. I like to study everything and pick up on the aspects that ring true to my heart. I was born and raised Christian, and I still hold some of its principles to me, but now I identify myself as a Witch. I first got into the practice at age nine and spent many years reading and studying the Craft before performing my very first spell at age eighteen. As of right now I am mostly focused on the sub-category of Shamanism.

I have natural psychic abilities and have had many experiences throughout my lifetime, in many different forms. Though I will say, channeling is by far my strongest point. I've had several Otherwordly visitors, some bearing messages, some just stopping by for (seemingly) no reason at all. Dragons, Faeries, Guides, Incubi, Higher Powers (Angels), Banshees, what I perceive to be the Grim Reaper, and just regular Spirits are some I've come in contact with.

I'm often judged unfairly because of the way I am. I know, big surprise there, huh? You would think that would upset me, but, in all honesty, it doesn't. I understand why people judge others, and I'm fine with that. And you know what? I judge people too. We all do. The only difference is that, unlike some, I don't hold people against those judgments. I'll always give you the chance to prove me wrong.

I am a lover of mostly hard rock and metal music, although I enjoy songs from nearly all genres. Some of my favorite bands are:

Well I suppose that's more than enough. If you wish to add me to your friend list, please tell me so. Come talk with me! If you wish to stalk me....well, if you told me who you were it would take the fun out of stalking, wouldn't it?