When a man loves a woman, he has to become worthy of her. The higher her virtue, the
more noble her character, the more devoted she is to truth, justice, goodness, the more
a man has to aspire to be worthy of her

I stand in a stream of madness and take a moment to still my fears.
In the aisles of dreams and sadness, You were there throughout the years. Through times of trial and sickness and times of great despair, Though times of joyous rapture, and yet there's still a distance,
For my journey's not yet done. More joy, more trials and triumphs, More battles to be won. When the storm clouds gather 'round me, To find my way, I know not how, But thus far, the Lord has helped me,
And I won't quit now.


My pain and misery fall from the sky So hard I try to ignore it, but it still gets by.
Surrounded with memories of what could have been screams under my skin. Pulsing through my veins is the loneliness I feel wounds break open as soon as they seal. Darkness surrounds me with every step I take. I manage a smile, but do you know it's a fake? I laugh when people talk to me, But inside I'm dying, wishing they could see I'm as different inside as I am the same. Wish they could see they're not to blame. I know the truth, but it's locked in my heart, And now more than ever, it's tearing me apart.

What happened to me? The mask I wear was never before there. My emotions were here, but now they're gone, Lost forever. The smile I wore before Shine so bright; Yet now as I smile,
there is no hint of light. I laugh like the others, As not to give them fright and sit silently in the darkness to mask myself before their sight. I mourn at night, as my past self comes in view and wish to the stars that I could rewind time. 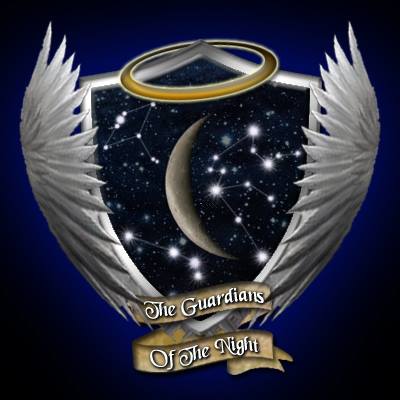 I'm swimming all alone in a pool of darkness, and I feel like darkness is slowly pulling me under. I yell for help, but no one is there to hear it. I begin to see the water at eye level
and I kick and flail, fighting to stay above the darkness, But the darkness won't let go of its hold on me,
and I slowly begin to give in, to the feeling that lies below the water line. The waters starts to fill my lungs,
the lungs that once held so much life, yet now they allow the murky water to replace that. I know that this path doesn't lead to happiness, but why doesn't someone grab my hand, pull me from darkness's grasp? Because no one knows I stand at the boundary, the boundary between light and dark, so I give in to the thing that holds me.
All of the strength and all of the courage that I once held in my heart can't save me from the water, so I slowly slip below the world of consciousness, undetected by the occupants of that world. I don't want to fight anymore.
I've given into darkness.


Who Were the Knights Templar?

After Christian armies captured Jerusalem from Muslim control in 1099 during the Crusades, groups of pilgrims from across Western Europe started visiting the Holy Land. Many of them, however, were robbed and killed as they crossed through Muslim-controlled territories during their journey.

Around 1118, a French knight named Hugues de Payens created a military order along with eight relatives and acquaintances, calling it the Poor Fellow-Soldiers of Christ and the Temple of Solomon—later known simply as the Knights Templar.

With the support of Baldwin II, the ruler of Jerusalem, they set up headquarters on that city’s sacred Temple Mount, the source of their now-iconic name, and pledged to protect Christian visitors to Jerusalem.

FIRE---- It breathes, it eats, and it hates. The only way to beat it is to think like it. To know that this flame will spread this way across the door and up across the ceiling, not because of the physics of flammable liquids, but because it wants to. Some guys on this job, the fire owns them, makes 'em fight it on it's level, but the only way to truly kill it is to love it a little.

I love lightning and a great thunderstorm.

if not here on some kind of messenger snapchat or skype