Don't be afraid to die. I will be gentle.

What exactly is psychopathy?

The number one trait of a psychopath is a lack of empathy. Others are a tendency to lie, a need for thrills – psychopaths become bored very quickly – and narcissism. But the lack of empathy is the biggest thing.

One common explanation is that psychopaths experience some kind of trauma in early childhood – perhaps as early as their infant state – and as a consequence suppress their emotional response. They never learn the appropriate responses to trauma, and never develop other emotions, which is why they find it difficult to empathize with others.

They grow up not knowing how to “feel”, and learn instead how to manifest what they think are emotions or the correct appearances of emotion. They know the “mask” they should wear.

In the case of serial killers, that’s why there are individuals who can raise a family, be what most people would consider a good spouse and parent, and at the same time have secret second lives where they go out and kill strangers. They can compartmentalize. The following are some of the most famous serial killers that walk our planet:

You don’t have to be American or have been around in the 1970s to know the name Ted Bundy. Bundy is easily one of the most deranged serial killers (not to mention kidnappers, rapists, burglars, and necrophiles) of all time. His sick modus operandi included kidnapping his female victims, raping them, and them dismembering them. He often kept their heads as souvenirs. Before he was executed in 1989, Bundy admitted to kidnapping and murdering 30 women, though this number is almost certainly much higher.

Between 1978 and 1990, the Russian serial killer Andrei Chikatilo sexually assaulted, murdered, and mutilated more than 50 young women and children. One of the youngest was nine years old. The deranged Chikatilo killed his victims by stabbing and slashing them with a knife. Chikatilo later admitted that he was only able to achieve orgasm by stabbing women, a fact which made it difficult for him to resist his strong urges to kill. Chikatilo was nicknamed the “Butcher of Rostov,” the “Red Ripper,” and the “Rostov Ripper.” Though he confessed to a total of 56 brutal murders, he was tried for 53, sentenced to death, and executed by firing squad in 1994.

No list of the most deranged serial killers would be complete without Jeffrey Dahmer. Dahmer, known as the Milwaukee Cannibal, was ultimately convicted of murdering 17 young men over a 14 year period. But Dahmer didn’t just murder them. He also raped, dismembered, and sometimes even ate his victims. During his trial, Dahmer admitted to drilling a hole into his victims’ heads in an attempt to turn them into
mindless sex slaves. Although Dahmer certainly would have been executed for his deranged crimes, he was beaten to death in prison in 1994.

When a serial killer is dubbed “The Brooklyn Vampire,” “The Moon Maniac,” “The Werewolf of Wysteria,” “The Gray Man,” and “The Boogey Man,” it’s almost certain he is thoroughly deranged. Fish was tried and found guilty of raping, killing, and cannibalizing three children in the early 1900s. However, he claimed that he had murdered more like 100 children, and even boasted that he “had children in every state.”
Especially deranged is the fact that Fish sent a letter to the mother of one of his victims, 10-year old Grace Budd. The letter detailed how he had lured the little girl, strangled her, and then cut her in to pieces to eat over the course of nine days.

There’s deranged, and then there’s the type of deranged that describes the serial killer John Wayne Gacy. He was nicknamed “Killer Clown” because of his job attending children’s birthday parties and charitable events as “Pogo the Clown.” Gacy was convicted of raping, torturing, and murdering 33 teenage boys over a six-year period. He would lure them to his home, kill them via either strangulation or asphyxiation, then bury them on his property. Gacy was executed in May 1994.

Jack the Ripper may be a name that everyone knows, but no one can be certain of his true identity. Whoever he (or she) really was, Jack the Ripper was definitely deranged. In 1888, Jack terrorized the Whitechapel neighborhood of London by slitting the throats and abdomens of at least five prostitutes and leaving them for dead. Sometimes, he would even remove the woman’s uterus and take it as a sort of prize. It’s unlikely Jack the Ripper’s true identity will ever be figured out, but “ripperology” — the study and analysis of the murders — has certainly inspired quite a few “what if” novels and films.

German serial killer Joachim Kroll murdered at least 14 people, including young children, between 1955 and 1976. After strangling his victims with his bare hands, Kroll would have sex with their corpses, then cut them up in pieces to eat. Interestingly, Kroll was finally caught after a neighbor complained about a back up in the plumbing. The pipes were clogged with human guts. When Kroll was arrested, he was in the process of simmering body parts taken from his most recent victim, 4-year old Marion Ketter.

Pedro López’s deranged killing spree is terrifying enough, but perhaps even more terrifying is the fact that López’s current whereabouts are unknown! The Colombian claims to have raped and killed more than 300 women across Colombia, Ecuador, and Peru. At least 100 of these were tribal women. In 1980, the “Monster of the Andes” was arrested, and led police to the graves of 53 victims between the ages of nine and twelve. López was found guilty of murdering 110 girls in Ecuador. He also confessed to an additional 240 murders in Peru and Colombia, and was declared insane. Incredibly, López was released in 1998 for “good behavior,” and while there are plenty of rumors, no one can confirm exactly where he is today.

Gilles de Rais was a wealthy knight and lord, a leader in the French army, and a companion-in-arms to Joan of Arc. He was also a totally deranged serial killer. Between 1432 and 1433, Gilles reportedly sodomized and then murdered (or ordered the murder) of at least 40 children. Many naked bodies of young boys were found at his estate in 1437. A 1971 biography of de Rais describes the way the knight lured the boys to their deaths. He outfitted them in fancy clothing, provided them with a large meal and lots of wine. Finally he confronted each boy with the “true nature of his situation.”

For more than a year during the 1980s, Richard Ramirez terrorized neighborhoods throughout Los Angeles. Nicknamed “Night Stalker,” Ramirez would break into homes and brutally murder his victims, sometimes raping them first. His victims ranged from early 20s to a 79-year
old woman. His weapons of choice included handguns, knives, a tire iron, a machete, and even a hammer. Ramirez never expressed any remorse for his crimes. He was sentenced to death but died of lymphoma before he could be executed. 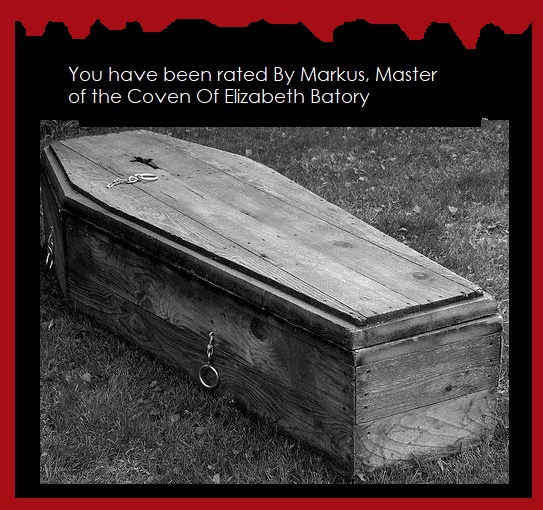