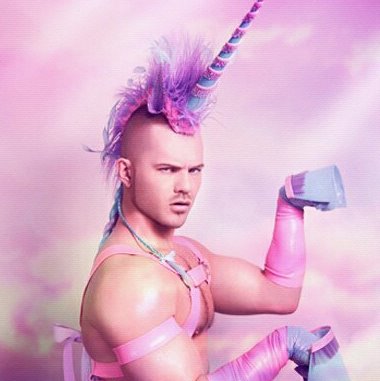 "The death of a beautiful woman is, unquestionably, the most poetical topic in the world."

I am the Unicorn.

The Unicorn
Written by Ella Young

While yet the morning star
Flamed in the sky
A unicorn went mincing by
Whiter far than blossom of the thorn:
His silver horn
Glittered as he danced and pranced
Silver pale in the silver pale morn.

The folk that saw him, ran away.
Where he went, so gay, so fleet,
Star-like lilies at his feet
Flowered all day,
Lilies, lilies in a throng,
And the wind made for him a song:

But he dared not stay
Over-long!


I am a highly uncharacteristic Unicorn, though.
I don't really like to be around people nor do I like to be touched, seen, or bothered.
Plants do not always sprout around me but tend to pull away, as my presence can be overwhelming.

And as though the roses called them
And their wild hearts understood,
The little birds were singing
In the shadows of the wood.

The nightingale among them
Sang sweet and loud and long,
Until a greater voice than hers
Rang out above her song.

For suddenly between the crags,
Along a narrow vale
The echoes of a hunting horn
Came clear along the gale.

The hunter stood beside me
Who blew that mighty horn,
I saw that he was hunting
The noble unicorn.

The unicorn is noble,
He keeps him safe and high
Upon a narrow path and steep
Climbing to the sky

And there no man can take him,
He scorns the hunter's dart
And only a virgin's magic power
Shall tame his haughty heart.

What would be now the state of us
But for this unicorn
And what would be the fate of us,
Poor sinners, lost, forlorn?

Oh may He lead us on and up,
Unworthy though we be,
Into His Father's kingdom
To dwell eternally.

I am the Unicorn of MooniePie.

The Unicorn
By Shel Silverstein

A long time ago, when the earth was green
and there was more kinds of animals than you've ever seen,
and they run around free while the world was bein' born,
and the lovliest of all was the Unicorn.

There was green alligators and long-neck geese.
There was humpy bumpy camels and chimpanzees.
There was catsandratsandelephants, but sure as you're born
the lovliest of all was the Unicorn.
But the Lord seen some sinnin', and it caused him pain.
He says, 'Stand back, I'm gonna make it rain.'
He says, 'Hey Brother Noah, I'll tell ya whatcha do.
Go and build me a floatin' zoo.

And you take two alligators and a couple of geese,
two humpy bumpy camels and two chimpanzees.
Take two catsandratsandelephants, but sure as you're born,
Noah, don't you forget my Unicorn.'
Now Noah was there, he answered the callin'
and he finished up the ark just as the rain was fallin'.
He marched in the animals two by two,
and he called out as they went through,

'Hey Lord, I got your two alligators and your couple of geese,
your humpy bumpy camels and your chimpanzees.
Got your catsandratsandelephants - but Lord, I'm so forlorn
'cause I just don't see no Unicorn.'

Ol' Noah looked out through the drivin' rain
but the Unicorns were hidin', playin' silly games.
They were kickin' and splashin' in the misty morn,
oh them silly Unicorn.

I mean the green alligators and the long-neck geese,
the humpy bumpy camels and the chimpanzees.
Noah cried, 'Close the door 'cause the rain is pourin' -
and we just can't wait for them Unicorn.'

Then the ark started movin', and it drifted with the tide,
and the Unicorns looked up from the rock and cried.
And the water come up and sort of floated them away -
that's why you've never seen a Unicorn to this day.

You'll see a lot of alligators and a whole mess of geese.
You'll see humpy bumpy camels and lots of chimpanzees.
You'll see catsandratsandelephants, but sure as you're born
you're never gonna see no Unicorn. 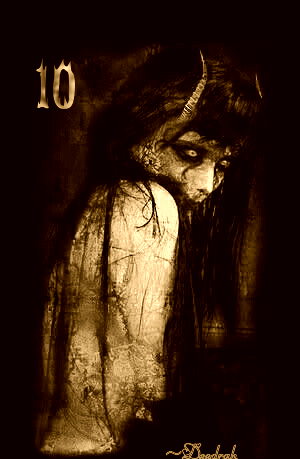 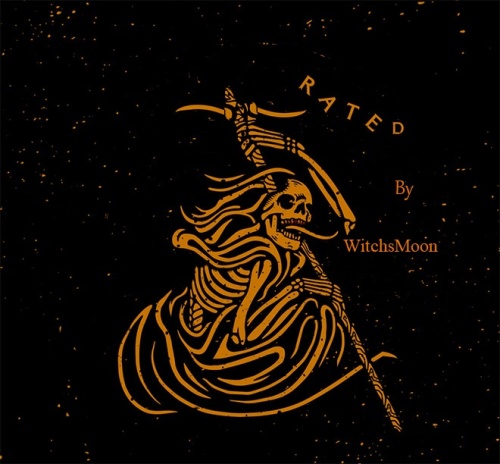