On 5/29/2016 I headed up to Kingston and beyond to catch the Catskill Mountain Railroad one last time. Today, as I post this, the last trains have left Kingston and Cold Brook and the CMRR is winding down its operations. It now has sixty days to get its equipment off the right of way. This will be an expensive propostion as it all has to be trucked out. Here are my last photos of the CMRR and then a little CSX action afterword. 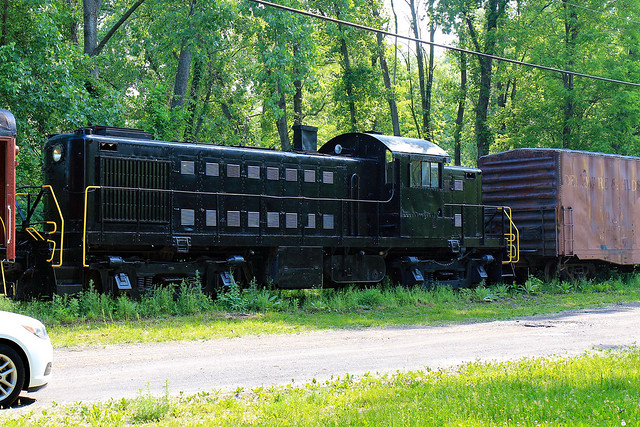 The only tracks that are safe in Phoenicia is this garden railroad owned by the Empire State Railway museum. The real track in the foreground will be ripped up for a hiking trail 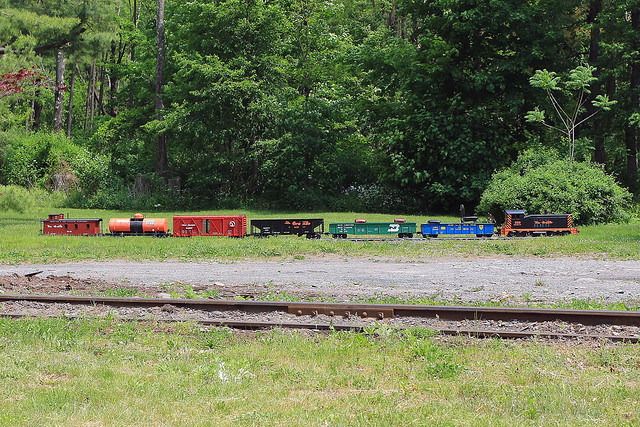 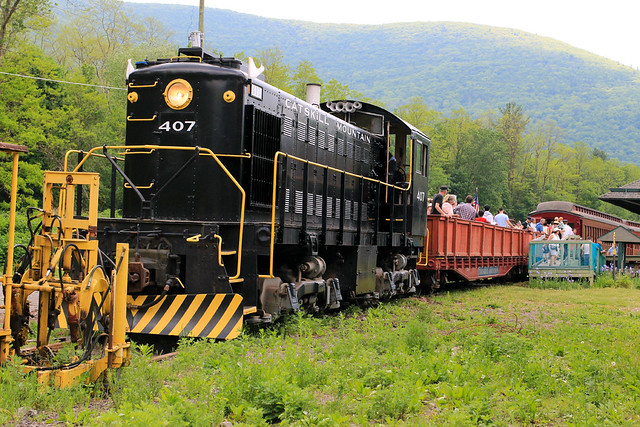 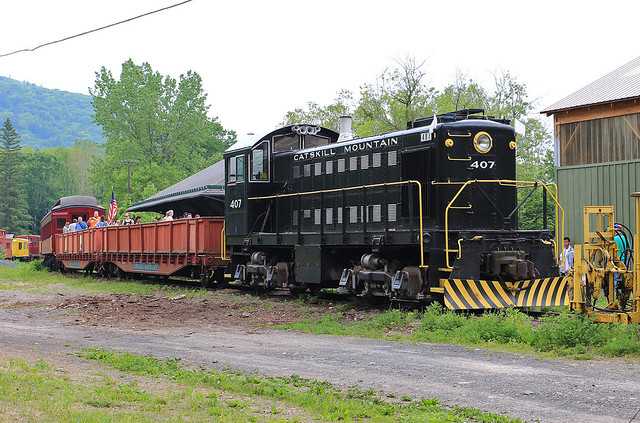 CMRR 407 shoves east at Mt Tremper, NY 5/29/2016. One person observed a mere eight people on a parallel hiking trail that paid nothing versus 75 plus paying passengers on the CMRR. And Ulster County officials think yet another trail is a good idea???? 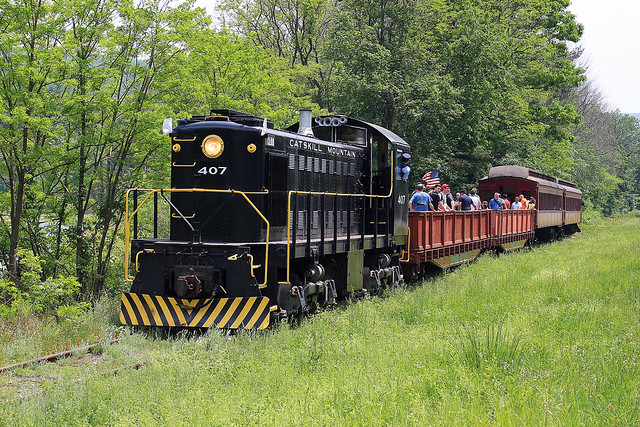 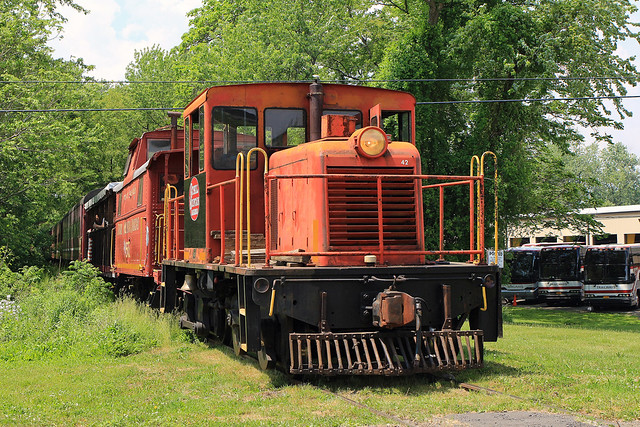 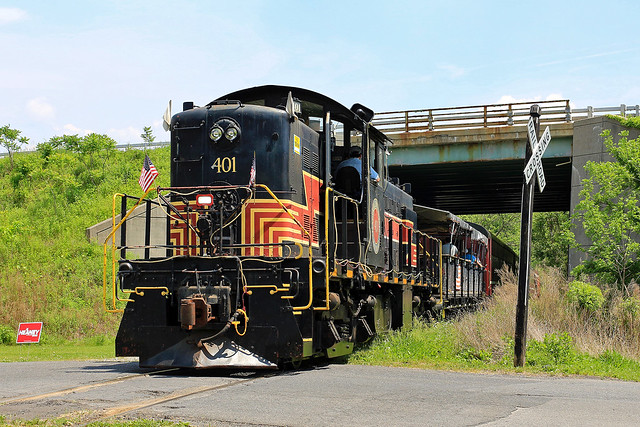 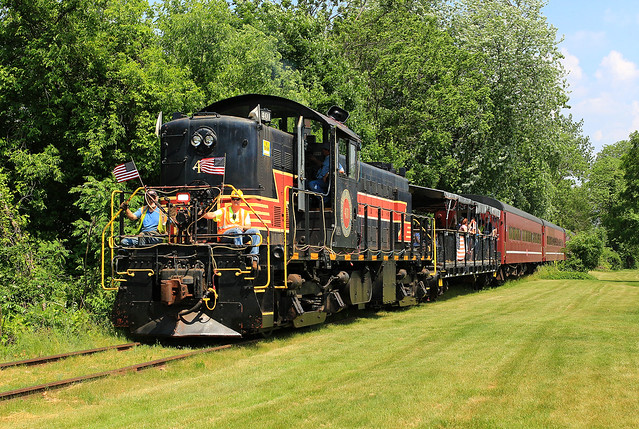 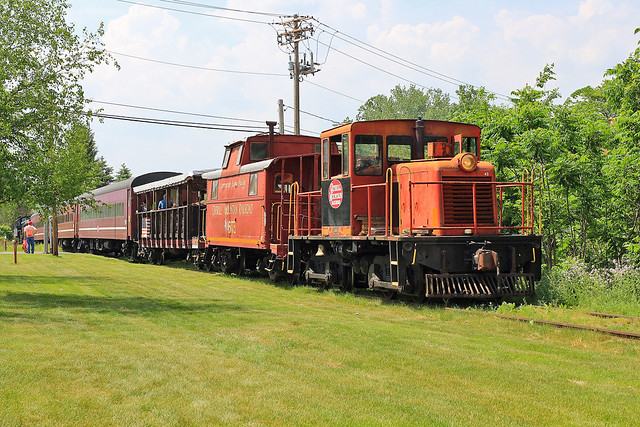 The CMRR advertisement for the last trains in the Catskills at Kingston, NY 5/29/2016 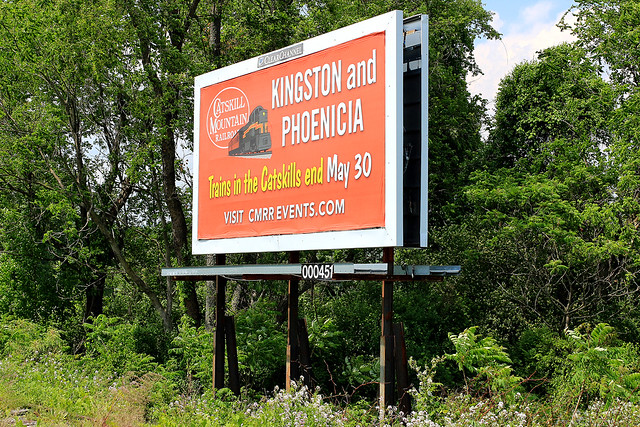 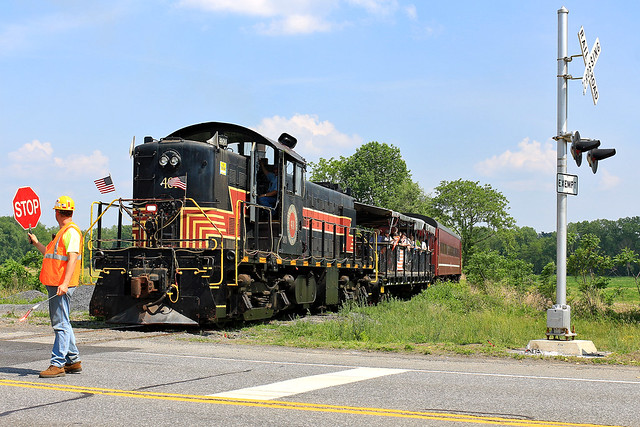 Volunteers have stopped traffic on RT 209 so the CMRR 401 can proceed west 5/29/2016. Its volunteers like these that have kept the CMRR running since 1982. Thank you all for your devotion to try and keep trains running in the Catskills. 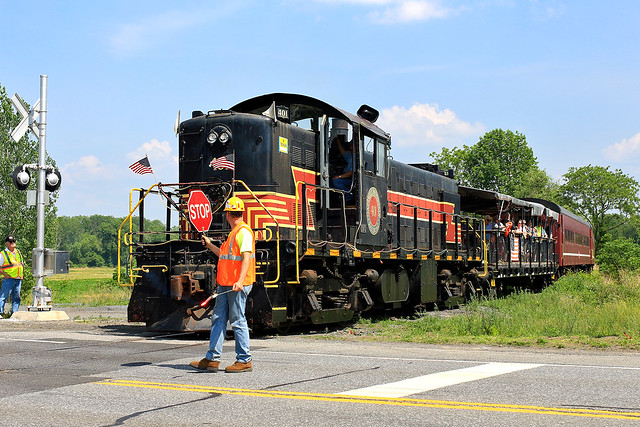 CMRR 42 passes the modern crossing gates at RT 209 in Kingston, NY The CMRR paid for these with their OWN funds and volunteers installed them to make crossing RT 209 safe. 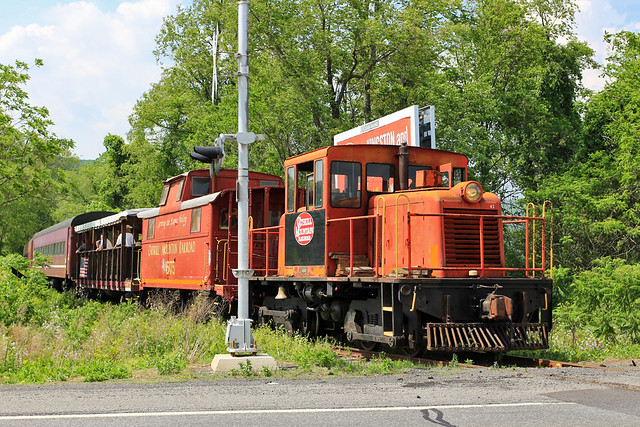 CMRR 42 drifts into the weeds towards Hurley Mountain Road and the end of active track. Its sad that Ulster County fought the CMRR at every turn, even refusing to allow them to spray the weeds to keep them away from the track making clearing the weeds a difficult and unending task for CMRR volunteers who would cut everything back with lawnmowers and whatever else they could use. 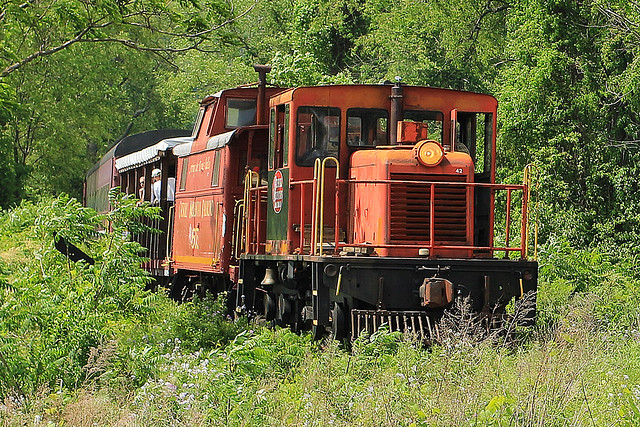 Having covered just about every spot that could be used for photography on the CMRR, It was time to head over to CSX for a bit.... 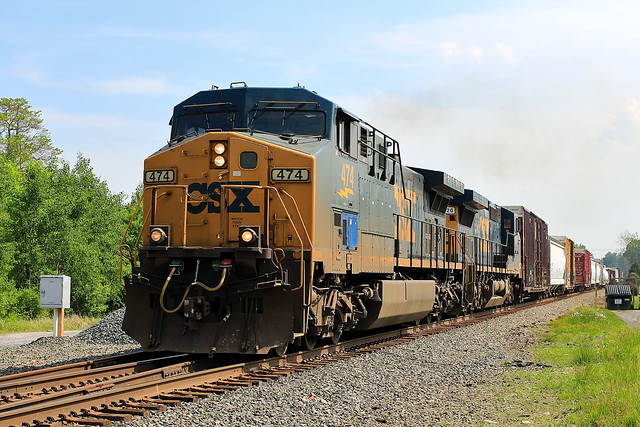 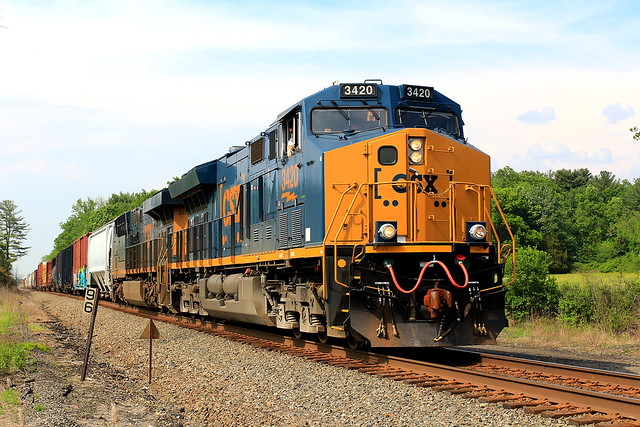 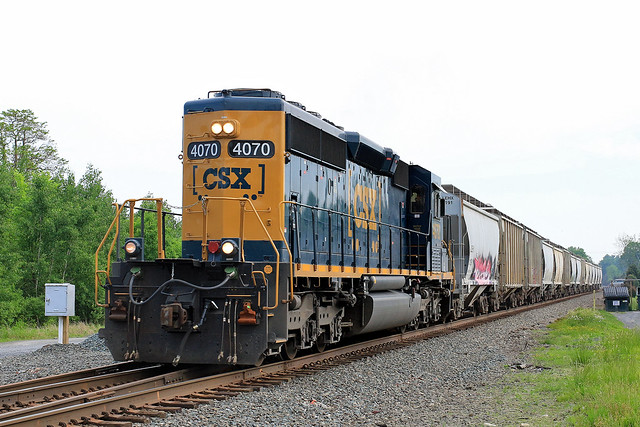 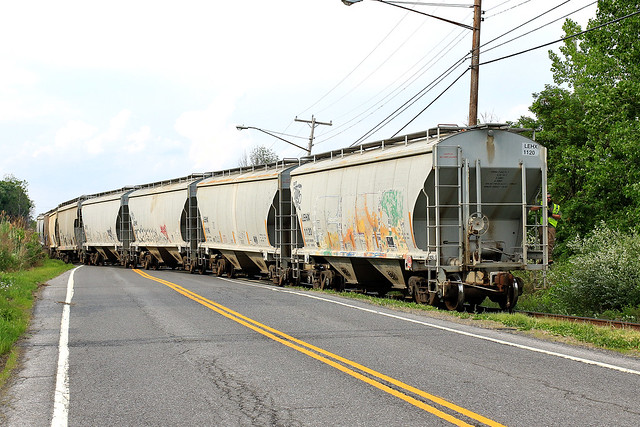 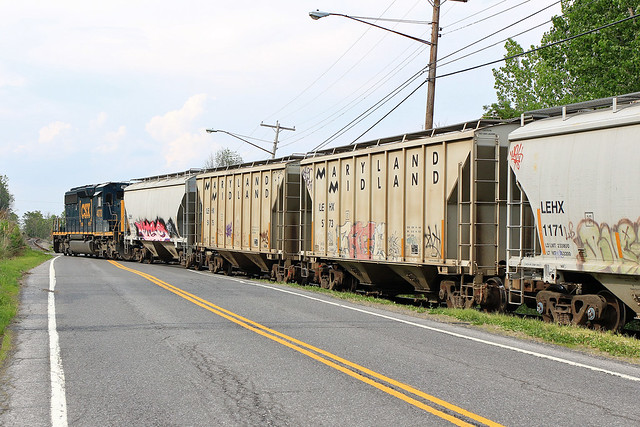 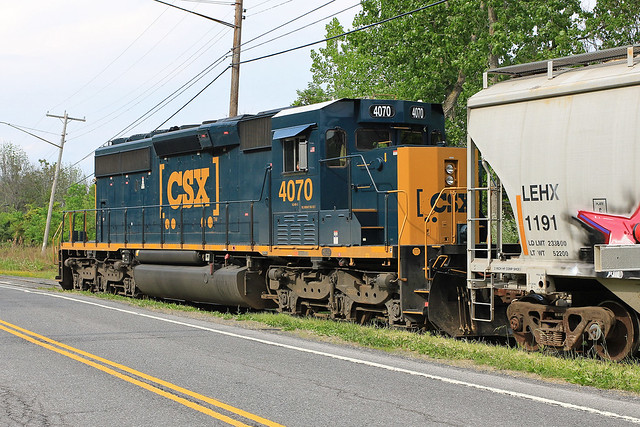 After this I had to head home as my car was giving me trouble. It was a harrowing 100 plus miles home :-P

Nice article, so sorry to see this rail no longer in service...gotta love how politicals seems to get in the way of things that are good for the community.

I as an instructor at West Point for two summers. I dated a girl from Wallkill. I used to live in Rotterdam and work in the Catskill & Bear Mountain area.

I love reading your posts because they bring back so mnay good memories and frankly, who doesn't love trains?