There are all kinds of energy, physical, mental and spiritual. The discussion of energy is vast indeed, so it is impossible to write about it all here. But this is a good overview of the subject. I hope you enjoy it.

In physics, energy (Ancient Greek: ἐνέργεια energeia "activity, operation") is an indirectly observed quantity. It is often understood as the ability a physical system has to do work on other physical systems. Since work is defined as a force acting through a distance (a length of space), energy is always equivalent to the ability to exert pulls or pushes against the basic forces of nature, along a path of a certain length.

The total energy contained in an object is identified with its mass, and energy (like mass), cannot be created or destroyed. When matter (ordinary material particles) is changed into energy (such as energy of motion, or into radiation), the mass of the system does not change through the transformation process. However, there may be mechanistic limits as to how much of the matter in an object may be changed into other types of energy and thus into work, on other systems.

Energy, like mass, is a scalar physical quantity. In the International System of Units (SI), energy is measured in joules, but in many fields other units, such as kilowatt-hours and kilocalories, are customary. All of these units translate to units of work, which is always defined in terms of forces and the distances that the forces act through.


To read more about the physical aspect, click
Here

Mental Energy is the energy it takes to think and the perspective of your thinking effects you and your spiritual energy. And even the energy of others around you. For example if someone is angry or stressed, there is a tendency for others close to you to become angry and/or stressed as well. Another example is where petting a cat or dog can actually lower your blood pressure.


There is also psychic energy, which comes from the spirit of your mind. Not to be confused with spiritual energy from your spirit. For example levitation, astral travel, meditation, remote viewing etc... are psychic experiences, whereas communicating with the dead is done with the spirit. 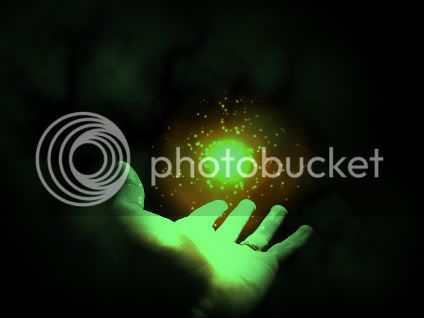 (/ˌfʌŋˈʃweɪ/ ( listen) fung-shway, formerly /ˈfʌŋʃuː.i/ fung-shoo-ee; Chinese: 風水, pronounced [fə́ŋʂwèi]) (or Fung shui) is a Chinese system of geomancy believed to use the laws of Chinese astronomy and Earth to help one improve life by receiving positive qi.

Geomancy ( Greek: γεωμαντεία, "earth divination") is a method of divination that interprets markings on the ground or the patterns formed by tossed handfuls of soil, rocks, or sand. The most prevalent form of divinatory geomancy involves interpreting a series of 16 figures formed by a randomized process that involves recursion followed by analyzing them, often augmented with astrological interpretations.

Once practiced by people from all social classes, it was one of the most popular forms of divination throughout Africa and Europe in the Middle Ages and the Renaissance.

In traditional Chinese culture, qì (also chi or ch'i) is an active principle forming part of any living thing. Qi is frequently translated as life energy, lifeforce, or energy flow. Qi is the central underlying principle in traditional Chinese medicine and martial arts. The literal translation of "qi" is breath, air, or gas.

Besides the obvious things we use energy for like electricity, energy can be used for positive things like healing and learning.

It is utilized in ceremonies, workings, magic, spells etc...

But it can also be used for negative effects.

The choice is yours