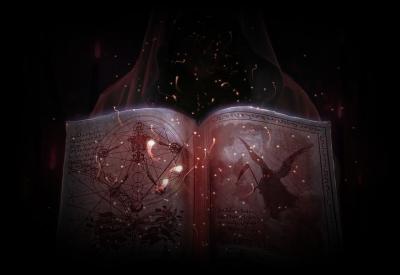 so I've been playing The isle game and Destiny 2 and quite a few others , Yeah I'm all over the place also getting my music set up on and off I also made my own public discord server I also made my own Clan which will be a solo grind I do not wish to be around people in there clans frankly I like doing my own thing and I have been since the time I joined the first clan doing everything on my own unfortunately there clan requires a mic and they don't understand that there is another Clan member having the same issues as I'm with the mic so there for it must be destiny it self and I don't think they will figure it out by the time they figure it it out it will be like 7 years the clan has for gotten I said in the past that I would have met them on discord half way but they always seem to forget what I say so it's a constant reminder of forgetfulness which is a real struggle and frustration situation.

Also I was DJ Reaper for some quite time in the past I was a DJ Quite a few times on a virtual gaming where billions of people are and the game is super popular it's one of those virtual games that will honestly never die at least for awhile longer sure it may die down and boost back up but it always remains The Club loved me being there host and DJ all at once I think I will just do it again this summer I took a break from last winter when I first moved in my own place I dislike my neighbors and I really dislike people in general because they always gotta find something to be mean about so there voice can be louder than yours.

I think I will hop on some other games tonight and make some more friends like I always do on xbox perhaps try recruiting them joining along with me on other games and other places I'm on a mission!!!!

and this is going to be totally fun in a whole new experience luckily I'm Asexual and I'm not really attractive to people anymore like I use to be!

DJ Reaper got a nice ring to it don't you think?