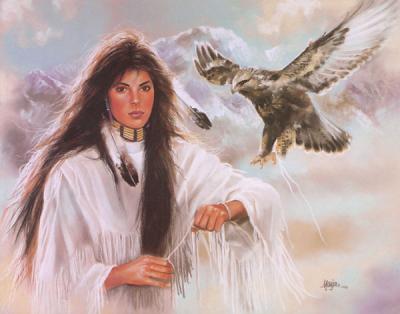 So wow......what a traumatizing experience for me so I can only imagine my poor mom.

Dad and mom went on a short trip against doctor orders...so their mistake. When they got back dad didn't feel very well and ended up in the hospital for excess water weight (this has happened a few times before) so we figured routine. Go in let them get it under control and come home.

July 24, mom and Patrick, my 12yr old was going to see him. They just got there and Patrick called me......mom my you need to come quick something happened to grandpa. By the time I got there within 15 mins. He was now in ICU and had crashed 3 times. and they brought him back. Now, he has a DNR and the ICU doctor wasn't aware of it. When they brought him back the first time he was fighting her saying no......... then the third time he came back he was sedated. Just hearing it made me want to cry for him. My mom was beside herself when this was told to us. The doctor said when she brought him back the third time it was just bringing him back from death nothing more.

So they had him on a ventilator. Mom and dad were very clear they didn't want to be kept alive for any reason. so mom said no please take everything off. we called the family and waiting for them to get there before removing everything.

I asked the doctor...........so when you take this off will dad die? She said yes. I asked how long before it happens? She said not sure but not too long.

Everyone got to see him sedated and hooked up to the machines. then with moms ok I told them to unplug everything. I truly was expecting for him to stay asleep and just stop breathing ...............

Once everything was removed................he woke up. OMFG!!!! He woke up and was some what disoriented (imagine that) but was talking. Everyone was in the room saying YaY and wow you gave us a scare...some were confused.....including me.

I asked what the hell was going on to the nurses....and they said his brain is ok but his heart will not last thru the night. ........so for the next 18 hours he was in and out of consciousness. we were given a special suite and area in the hospital they were so nice. by nine pm everyone had gone and it was just mom and I. We were staying till the end.

Dad went to sleep around 8ish and never woke up. Thankfully. we could hear him breathing and snoring but it was shaky. the nurse came in every hour to check his status.....she would tell me its the same or she would be back in every half hour now......his breathing changed........I know understand what the death raddle is. :( I wanted to help him but I knew I couldn't ..... then just after 1am it got eerily quiet...I jumped up as did mom and she said he's not breathing the nurse walked in at the same time.......mom fell to the foot of his bed and started praying the nurse listened to his chest and then stepped out to get a second nurse.......to confirm.

It was one of the saddest things I have ever experienced....

I love you dad rest in peace.

Hello my beloved Journal, its been suggested that I start writing more .......but on paper so I can burn it :) however, I will try this first.

My stepfather passed away on July 25. I will write a different entry on that in a bit......

My father has finished his radical radiation treatments to his face and at the moment seems to be doing better. My stepmom is doing fine.

My mother has moved in with me. :(

The boys are back to school YaY!!!

One has a broken arm.......yeah.....clearly he cannot ride a bike and talk at the same time I guess. hahahaa.

I have settled into my new office and love it :)


So mom has moved in because dad left her with nothing. Since July 25 she has lost nearly everything. I feel so sad and angry all at the same time. We are still learning how to live together. Its a little stressful at times but will figure it out.

She has been very sick since dad passed. Matter of fact she's in the hospital now and I asked them to keep her till they can fix her. Poor thing has so many things wrong .........heart issues/ copd/ one kidney and it doesn't want to work very well........which in turn is causing a slew of other issues for her. Hopefully they can make her better.


Have I ever mentioned that I have a little sister? Yeah....she's only two years younger than I am but at this moment, well always, she has been of no help at all. I feel like I have been designated the fixer or something. I think she believes the road only goes one way. But, I'm ok with it.....if she's not helping then she can't be adding to my stress levels. :)

Words that begin with letter J