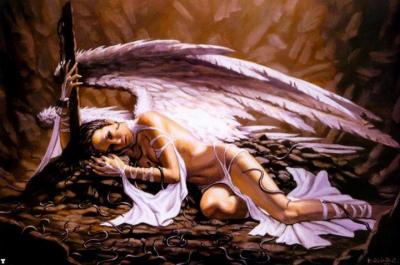 It's always the same thing. Why can't I break this cycle. To have realized time after time that I am in an unhealthy relationship based on sexual abuse and domination but every time I leave I get caught half way out the door. No one to help me move on or out or away and no way to get to a shelter. Whats worse is the people around me help him not me so here we go another round of why do you use me as a sex doll and chef and think you can ignore me the rest of the time as being baggage you put up with to get consistent pussy when every time this starts is because my guides are telling me he's up to no good no one listens I'm stuck making the best of the worst and for some reason I am stuck engaged when he doesn't want to marry me he just wants sex and a mommy. I need help but there is no one just my imagination trying to convince me there is hope of rescue because I can not find a way out. but there is none no family no friends no group nothing which as I find rather odd neither do alot of people here so then why am I here writing this when not even here other then letting it out nothing can be done. Well it has to come out somewhere even if it's ignored here it's here which until I can get out is what gives me comfort. Oh other bitch point I had to quit treatment because of my medical cannabis card and since he is addicted to it and wont be legal himself he'll use my card to be legally able to smoke and consume his guts out and since no one cares and he knows it I am fucked for life have lost my kids cuz I had to quit treatment cuz even if I quit smoking pot for my health issues he wont so I will still pop dirty UA and then have to answer the really hard questions to the state why I am with him when I don't even want to be but like with my ex had and have no where to go no one to beleive or listen without saying I should keep giving it a try. Times liek this I wish there were hero's

I've always had a problem with separation. What I mean by that is separating my emotions and wants from what another is feeling or wanting. which has led me down some very self destructive roads. how ever the biggest issue I see is how is one to go from so much wreckage to build a firm foundation from what is left and become a more grounded kick ass chick who is okay reclaiming her rage anger........and forgiveness? I tend to shy away from my anger until it so much that it can no longer be leashed because I was always told being angry is a bad thing though it is perfectly fine for people to be angry at me I am to swallow mine as it is unfounded, even if I disagree I am to put my dissagreement aside and allow the other person to reign as they are right and me well I am just wrong because I am me and I'm not allowed to feel anything Because if I am feeling something then I MUST be medicated because I am a liar and out of control. Why was I out of control? I questioned my mom her logic emotions and why it is the way it is. To be told to go play with my brother with them knowing FULL well he was molesting me or beating me to a pulp so I would submit to the molestion then grounded because I submitted to him but he lied to them and told them it was my fault. If I went crying and bleeding to them because of him they would scream at me for being irresponsible and playing with him but if I didn't I was asked why with the follow up of what is he not good enough to be around you. when all he would do is make me bleed or cry. but that was all my fault. I couldn't control myself or the people around me. tell someone was tantamount to being a tattle tale but taking it was not allowed either and questioning was absolutely forbidden and landed me with enough ritaline in my tiny body 2 times a day that would knock a 300 pound man to his knees. Yeah I took 20 mg 2 times a day what they would give a 2-300 hundred pound man to a 2nd grader of less then 50 lbs. Now tell me excactly who the fucked up one was and who got fucked up for life in this little scenario and then you may see why I have sooooo many issues with my self who I am what I am capable of and where the fuck I want to go in life. the people that always told me to jump are gone I am finally semi safe and learning to cope and relearn everything about myself. I don't flinch at all loud sounds or displays of anger as I used to. I don't want to kill myself anymore for being angry about being mistreated by people and am learning that no matter how far fetched the shit in my life and my capabilities can be it is real it is NOT a problem there can be help if I can find it and that even this new development of insight though harsh weird and again far fetched will get a validation of truth. It always does, as you can never really hide from the truth it will always come around how it comes around either positively or negatively is up to you to choose as it is for every living being.

went to another class to learn more about PTSD alcohol and substance addiction as demanded from my ex to prove I am for once finally sober though he is still pushing the abondonment filing as I won't pick up and move back to where he is and pick up where we left off (being together again) I just love how he forgot that alcohol wasn't the only reason we ever fought. Hell pick something and chances are good he has screamed thrown stuff and punched the wall next to me for it but it was all the alcohol. anyway I am liking it as I have learned alot about my coping methods what happened and why to conspire to rewire myself to productivity. I do blame myself cuz hey if it wasn't me then why else would they drug me call me a lair and lead me down a path that I was no way prepared for because they only taught me to medicate to dumb not work through my emotions cuz they are bad and ask how high if I'm told to jump even if they don't have my best interest at heart leading me to look for love but it was lust and do as I was told to do by anyone who told me to do something. Be it fuck it drink it take it do it don't ask (in parents screaming angery voice) JUST DO IT! So yeah lol I am truly surprised I didn't die all those times I should have.

As I had written about before of the emotional states of the people that live around me I am sad to say (or happy depending on the minute) that the lady waiting for her end has met it peacefully Saturday at 12:08 am. I had recently been sitting with her due to her healths decline due to her fight with COPD and pnuemonia. She was a close person to me through my fiance as she was his second mom's mom so she was very much Grandma to him as the friend who also recently died as she was his(the guy that died) blood grandma and they had all grown up together. At least she got guided by her grandson and Son as they have both died in the last year or so and is survived by her daughter, alternate grandson(my fiance) and 2 grandchildren. Her last meal was her favorite (ice cream) and her granddaughter asleep on the floor and her dog Trixie at her side. Beautifully sad.

I was always told if I didn't take my ritaline I could never be normal then if I didn't take my welbutrin I would never be a "good person" so what happened was I couldn't take my meds anymore, thought myself as worthless, well where do worthless people go and what do they do.... they go to skid row and be a drunk! so thats where I went, now I am supposedly better because i don't drink though still worthless as I am not medicated so that I am numb enough to "block" it all out but will never get on meds again sooooooooo where am I going?

so went to my first Group for PTSD and substance abuse. Is it sad I am comforted by the fact I am not alone in that I lost everything or what little I had to keep me balanced and went off the deep end with stuff to numb out my abilities as well as the pain of knowing I lost the most precious things to me. I went through alot growing up though it in no way excuses the behaviour I realised just how much I put others wants and needs ahead of my own leading to some seriously fucked shit just to gain those little feelings associated with Love or misreading want and need for Love. It makes me sad to know I caused it all, if I had just had some ounce of control or been a bonded empath over an unbonded one things MAY have gone different but I feel that just may be a cop out I tell myself to feel better. Either way life goes on and I am still in the process of being broken to be "made" into something that should be great if I can get past the part of being broken down to the point of powder.