"This city is so elegantly decayed. It's a city where the ways of antiquity co-exist with this urban world. Well, here's my place. My name is Drusus. I am a worldly patron of the arts. A bit eccentric, perhaps. I was quite taken by your artistry and wish to extend a humble invitation to you, for a performance at my mansion," said Drusus to Ruvista. She quite calmly accepted his invitation and proceeded to prepare herself for the night's recital.

Time passed and mortals entered and left. Drusus had no remote interest in them - his predatory senses were all singularly riveted on Ruvista and her violin. The mansion was a fortress of evil. I waited for Ruvista until dawn; but, in my soul, I knew her fate: a fate of endless night and unending thirst for blood. I am Hell's most desolate creature - a creature of the night with a conscience; a predator cursed to feel guilt to survive. I will destroy Drusus and his darklings, who stole me, from the warmth of the sun. For me, there is no comfort and no peace. Chiara, my love, I will soon be one with you...

How many years had passed since the daylight that had ripped Chiara away from me? The pain scorched my heart. How many years had I stalked in my desire for revenge? How many darklings had I slain? For me, there is no comfort, no peace. The trail of blood led me back again to Rome in search of Drusus. Modern ampires are the Childes of various bloodlines. Some creatures are forced to hide their faces from society; others are beings of grace walking through the world of mortals. A Vampire Lord is only vulnerable when his blood-lust and his senses are focused on his prey - when he desires to feed. His senses were focused on Ruvista, now. It seemed the most apt time to separate him from his body.

The sun rose in an array of reds, golds, yellows, and orange. Ruvista stepped out of her house and onto the street, into the crisp cool morning breeze. With a flick of her wrist, she glanced down to check her watch piece: 7:15am. Just on time, she thought. Trapped in a loveless marriage, she and her husband continued living together, as childless as they were. "This has got to end," she muttered under her breath.

In exactly 15 minutes, the school in which she manages and teaches in will embark on its daily routine. Just as though time were on her side, the school bell rang shrilly at the exact moment she put foot onto school grounds, at 7:30am. Punctuality was a virtue, she firmly believed. Through her actions her pupils knew, deep inside, that Ruvista was a formidable force to reckon with. The pupils ran across the concourse to the carpark where they would sing their daily school song, "Success Through Perseverance", and begin their school day.

At 8:00am on the dot, another bell rang. The students knew just what to do. They picked up their bags and books and quietly marched forth into their respective classes. 'The School for the Children of London' was an initiative Ruvista thought of some years back, when she was a part-time music teacher. She played the piano grandly, and was selected by the governess to head this school.

As usual, after ushering in her pupils into the classrooms in an orderly manner, she looked at each of her pupils in the eye and began preaching the importance of being on time. Her pupils nodded their head somberly, and said a unison, "Yes, miss." It was the year of our lord, 1915, and Ruvista started her lessons proper. There were no late-comers to her classes, otherwise, they knew what punishment awaited them. Latecomers were dealt with harshly. They had to stand outside their classes, in the cold or humid wind - depending on the weather - and stand there at Ruvista's mercy. Ruling the school with an iron hand as she has, Ruvista had a soft heart. She could not bear the sufferings of the children, but sometimes, one had to be cruel to be kind. And it showed. Her pupils always came in as one of the top students in all of London. Something that Ruvista cherished deeply; although she never truly expressed her love for her students in a conventional manner.

As lessons went on as per usual, unbeknownst to her, slipped under the door of her house was a letter. A letter from a particular Mr. Drusus, all the way from Rome... 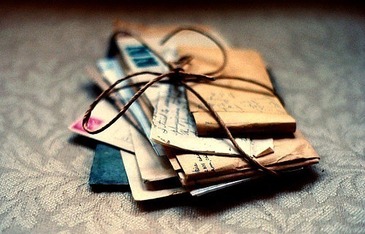 Long ago, in a time before Vampires ruled the earth, there was a lonely vampire who stalked the lands desperately searching for a rest to this chaotic conscience. His name was Vladimir Feero. He had one mission in his life: to vanquish the underground vampire lord, Antonio Drusus. Vlad skulked around cemeteries and graveyards, hunched over tiny creatures scurrying through the night, on the grounds, slating his thirst. Anything, anything at all! But not human blood. Vladimir Feero had a conscience, unlike other vampires of his kind. Whether it was a blessing or a curse was something that he definitely had no choice over - he accepted it as a curse. Something prevented him from walking into daylight, however, and subsequently killing himself: his life's mission - to have the head of Drusus.

It was the year of our lord, 1905, and in his mansions, he could be found; the infamous Vampire Lord Antonio Drusus. Asleep by day, and awake by night, he invited talents across Rome to sit by his side, where he and darklings listened to pianists and other musicians. He also devoured the written word. Drusus spared no one. Artists, musicians, writers... he had in his veins generations of lifeblood of talents coursing through his veins. He was, in fact, an aficionado of the finer things in life, with a great thirst of the blood of the fine arts.

Vlad hated this being and considered him the bane of his existence; because, Drusus was not only a vampire lord; but, a murderer with absolutely no conscience. He has killed hundreds of lonely vampires like Vlad Feero, carrying a vendetta against them merely because they were after his head.

However, Vlad had other motives. Drusus had ripped away the love of his life. Chiara, the dark one; his one true love. It has been 20 years since the death of Chiara, Vlad's one true love. She was his Sire and he was her Childe. Chiara, too, was a vampire. Unlike others of her kind, at the threshold of his death, she fed him her lifeblood and saved his life. Ha! Saved his life! What a silly fantastical notion! Vlad considered his existence pure hell, without the presence of Chiara in his life. Vlad was a very different man in his mortal days. He got into brawls, fist-fights at pubs and spent his days carefree and without care. Vlad had rich parents. His father was a businessman at the city's port and his mother, a seamstress. Vlad at the tender age of 30, was turned, when one of his midnight trips to the local bar ended up him up with more than what he had bargained for. It was the year of our lord, 1864, and Vlad found himself at the steps of death when his fist-fight took a sinister turn. He was lef bleeding and lying at death's doorstep in the back alley, and it was beautiful and dark Chiara who saved his life.

Together, they roamed Rome, after Chiara painstakingly brought Vlad Feero into the afterlife. He was now a Vampire. A creature of the night. He reveled in his new-found abilities, charm, and glamour. His senses were heightened, he could see in the dark, he could smell from a mile away, and he could hear the drop of a pin. Initially, he found it cumbersome, these abilities. But under the care of Chiara, he grew and blossomed into a handsome, dark, vampire of the night. A cultured being he was. His parents soon passed away in an accident at the port in which his father worked, and it tore the heart and soul of Vlad. He had wanted so badly to turn them, too, but Chiara advised him against that. It was too much of a risk. People will find out.

Drusus... ah dearest Drusus, who took the life of Chiara with his own bared fangs, in front of the very eyes of Vlad! Chiara was a pianist. She played the piano like no other and had the gift. Drusus, even then, was entranced by Chiara's dark skin and long, elegant fingers, skimming across the black and white keys of the piano. He had drunk too much of her lifeblood, but refused to give her some of his to save her life. Unbeknownst to Vlad, Drusus had left her lying outside, in the streets of Rome, for sunlight to come and claim her remaining life...

What is a future goal?