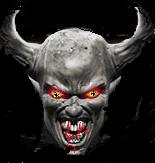 I am not a Nomad...I do though, like to stretch and wander, and I don't actually like change very much. It's the feeling of loss even if it is replaced by the new which could be and in most cases will be better.

So as I approach 4 years on the Rave I wonder if I will ever leave the House I am in...Now here is the thing, I am almost obsessed with stats. If I leave the house then the mark goes which means the bonus also goes. Yeah, then my stats drop!

I have already noticed that my stats have dropped and my bonus has dropped...ouch. Dam game!!

I do however like the idea of being out of all the Houses and Covens and just wandering...

That said I also like the fun that can be had in a House.....

So what will happen this year? I have no clue.

If you had your own coven... scary thought..

Call Of Duty Modern Warfare 2 should be mine by the end of the week....Yay!

The bloke I bought it from had an accident and broke his arm.

I still think he should of sent it first class....because of the time I have waited for it!

well not that he broke his arm

you didnt do it did you?!

What the hell is this,

Some things just eat at my gut until I'm just like a bomb waiting to go BANG.

I knew it was to good to be true...Next time I will be a little more careful!

I sent the bloke a message asking him when the game was sent as I paid on the 28th of December and he sent me back a message to say that it had been sent!

Ok, that was kind of him but I had asked when!! it's now nine day's since I paid for it and still no game. Call Of Duty Modern Warfare 2.......the tosser!!

9 day's that is a long time for ebay

let me know if and when you get it

my bf loves the game as you know lol

I am getting the PC version.

I miss it a little, just a little.

It's odd because I didn't think I would!

What does actually surprise me looking at the journal entries is the anger I see in some of them...It's a New Year for fuck sake what is the matter with you people!! Oh of course I forgot...it's the same people displaying their feathers again and again!....they are stuck in a moment of time that keeps repeating for them.

When I was at school...I would make a be-line for them...I would deliberately entice them and belittle them. If it wasn't with my fists, then it would be with my mouth!

Of course over the years it got me into a lot of trouble!

I miss seeing the words Mentor..it allowed me to feel big and powerful...lol

So what would the words Coven Master feel like....naaaa, not for me! I would rather be an admin on the site ^^

The more time I spend here on the Rave the more I feel I should be part of the bigger picture...I don't like tests though.lol. So for that reason I am screwed..

but then i deleted it couldnt be bothered haha

good luck with everything

Yeah, you see these 2 fingers? lol

You know, you could always open up another one when the time is right for you. Admin is great, I love being a Procurator, its a lot of work actually but I enjoy it. Take the test :)

*Hugs* Yeah, the mentorship gets a little old when no one like in the coven bothers to participate or anything they just want that little status thing when they update - that's all. The coven is pretty much the same way.