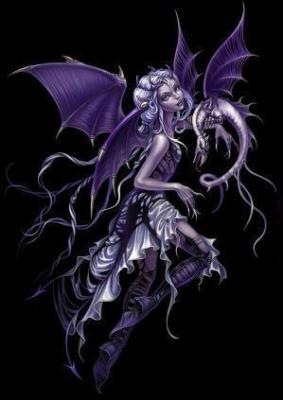 Eternity was growing too long. The minutes began to tick by like hours, and the days were like weeks. How much longer could he suffer?

Immortality had been thrashed upon him at such a tender age, and now after hundreds of years of endless wanderings, he began to question his very existence. What am I? Why am I still alive when I know in truth I should be dead, along with my family?

Relentlessly they swarmed his mind, overriding it, and replaying constantly. But one day, he gave into them. The thoughts he tried to lock away surfaced rapidly, drowning him under their pressure as they demanded the he heed them finally.

Sitting here on the ledge was like heaven to him now though, as old memories flooded and shifted before his eyes. He thought of the little sister he had left, the mother and father that had cared for him so much.

And the demon who had stolen it all away… Not long after his awakening had he destroyed his creator. The old creature had not expected him to react with such furiousity to kill him. He’d expected the boy to be calm, peaceful. He couldn’t have been more than seventeen and grateful! But his judgment had cost him his life.

Now his young pupil sat, and awaited the peeking light of day, to embrace him, and take him away from his dreaded loneliness.

At the first peeking light, he flinched. Every nerve in his body spoke to him, yelled and cursed him to flee, but with a great amount of effort he sat and waited. As the warm sun shone on his deathly pale skin, he smiled. He was doing the right thing.

An abomination like him didn’t deserve to live! Slowly, he felt the fire licking at his body, slowly devouring him. I’m coming home… he thought to himself silently. A light breezy wind began to pick up, whilst piece by piece, his body began to disintegrate into itself, and flying away, as his tormented soul began to seek its final resting place.

He took another swig of his drink. It had lost its burn on his throat hours ago, and filled his stomach with a strange but lingering warmth.

Slowly, he looked around. It was dark, but welcome. Oh how he would miss this, he thought to himself. The old ware house smelt of dying wood. The rotten scent filled his nostrils, giving such a sweet smell.

Throwing the empty bottle into the rubbish pile, and then grabbed the bottle of kerosene he’d brought with him. Rising, he poured most of the foul- smelling liquid down his front and onto the pile of rubbish at his feet.

”Time to end this…” he hissed as the new scents assaulted his nostrils.

Taking a match out of his pocket, he thought again of the letter he had left for anybody who came looking for him. It sat lonesome on the bed that he had been given in a foster family after his parents had killed themselves in front of him.

To who finds this,

Don’t bother trying to find me, because you won’t succeed and if you do, you may not like what you seek.

He sparked the match head along the side of its box, and the bright flame leapt into life dramatically. Smiling sadly, he thought of his parents. The gun wounds where they had pulled the trigger themselves.

Throwing the match down, he smiled as it began to devour the wastage on the floor, and began to cover his body. Fire licked at his body, he laughed from the agony. It was like heaven! He began to laugh like a manic. The flames leapt higher.

Eventually, he crumpled to the ground. The only thing left from the blazing mess was the burning ware house, but soon enough, the spine gave way, and it collapsed to the ground with a sickening “crack”. His body was left, not to be discovered.

What Song Is Stuck In Your Head