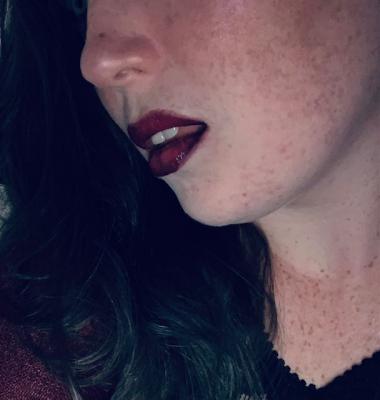 I'm an aspiring writer, largely in the fantasy realm though I do enjoy a good horror short story. I'm an avid reader so if you have any horror classics on your bedside table, let me know about it. No more Stephen King, please.

Quite plainly, I do believe in the supernatural. I believe in the power of intent. My own understanding is fairly limited since I'm not actively engaging in that aspect of life right now, but I respect those who've found their homes there. Maybe, one day, I'll be lead there, but for now my passion is story-telling.

Here's one for you--

She didn't think in terms of survival. What was she surviving? Yes, the tower was tall and isolated, yes her only human contact was limited to a taciturn and cantankerous keeper, but she was not starving. She was not cold. She was sleeping well and the books she consumed were replaced with new ones every fortnight or so.

So when the prince came and called up to her, she did not go to the window. She sat with her knees to her chest and stared out at the sky as he cajoled and pleaded, promised and begged. And, after a week, she wondered what was driving him to come back day after day. Was it her beauty? No, she'd never showed him her face. Was it her mind? No, she had not spoken a word to him. What was it? What was it?

It was this curiosity that finally led her to the window when next his cries came.

"Why do you keep coming back?" she asked the prince. She couldn't see him well, so tall was the tower, but his golden hair gleamed in the light. "When I give you neither invitation nor encouragement, what brings you back to the base of my tower?"

The prince stared. "You are a maiden trapped in a tower. I'm endeavoring to recue you."

"It can't be for me," she said indignantly. "I did not ask for rescue. Why do you WANT to rescue me?"

This time the prince thought about her question before answering. "Because I am not satisfied with my life. I am surrounded by those I have seen every day and I have lost interest in them and their thoughts and opinions. I am tired of being someone who is expected to lead, expected to be present, expected to exist for the good of others. You have not answered my calls and, though I promise you riches, you do not bend to my will. You are a Stranger to me and I am excited at the prospect of being perceived by someone so far outside my sphere. I am thrilled to be someone different than what I am--a rescuer, a lover, a pest, whatever that may be."

"Oh," she said. She tapped her chin and looked around her small room. What was it to be perceived? To be someone to someone else? She realized then something important about herself. "I am lonely."

"Perhaps we can serve each other," the prince suggested. He grinned up at her. "You don't need to let down your hair. But, perhaps, we can talk? For a while?"

"Oh, alright," she said and settled onto the windowsill for what would become their weekly chat.

You have been fairly rated

"All that I need to know as I walk, shall be shown"

I don't need a man I need a bunny bzzzz

Some people just don't see, until the ashes are falling.