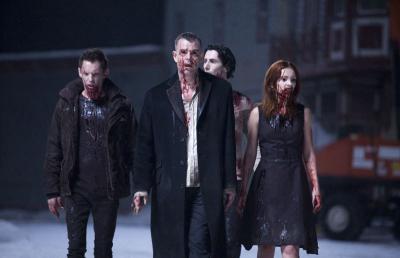 I have always belived that life is to be enjoyed as much as possible. I like meeting new people who share my interests and making connections. I'm an easy person to get along with. As long as you dont try to change me. I like being me and doing my thing. my lifestyle has always put off more conservative people. I used to adhere to the punk philosophy of life. Now, I'm more of a Psytrancer. For those of you going "huh?", a Psytrancer is kinda a mix between a Raver and a Hippie. It didn't happen right away, but eventually, its hypnotic beat converted me into a full fledged disciple of psy. I have sold my soul to the Gods of psytrance, lol. There... I thinks thats it. You wanna know more, just ask.
_____________________________________

Where were you born?: Narrabri, Australia.
Where do you live now?: Dallas, TX
What color are your eyes?: Green.

What color is your hair?: Dark Brown

What is your worst fear?: Being alone.

Do you smoke?: just marijuana

Do you drink?: not often.

Do you cuss?: Not with any words Americans would recognize

Do you use drugs?: LSD, ecstacy, magic mushrooms, mescaline

Have you or will you ever steal?: Only when I REALLY need to. Don't really wanna be messing with the pigs anyways

Are you dependable and/or trustworthy?: Yes.

Do you have any tattoos and/or piercing?: No

Do you suffer from depression disorder?: no.

If you had a choice about how you wanted to die what would it be?: lying next to a beautiful lover after a night of hedonistic bliss

Have you ever tried to commit suicide?: no. I choose not to take the cowards way out.

Have you ever purposely caused harm to yourself or someone else?: Not to anyone else, unless they harmed someone I cared about.

Are you evil?: So my family tells me

Do you believe that you can be possessed?: Yes.

Are you paranoid?: Sometimes.

Do you ever get jealous of somebody else?: When I really care about somthing, yes I can get jealous

Are you obsessive and/or compulsive? Yes.

Are you a violent person?: I enjoy the thrill of combat, but I don't like pointless violence.

Do you take your anger out on other people?: Not really, I give off a “piss off” aura

Do you blame other people for your mistakes?: No, it's always my fault.

What is your favorite game?: Vampire Bloodlines.

What is your favorite movie?: Fear and Loathing in Las Vegas

Who is your favorite band?: the Sex Pistols and the Genitorturers

What is your favorite song?: Anarchy in the U.K. by the Sex Pistols.

What kind of books do you read?: Anything by Hunter S Thompson or Terrence Mckenna, Stephen King books and Vampire the Masquerade series
What is your favorite color?: Black, blood red

What is your favorite food?: None.

What is your favorite drink?: Rum

Do you study martial arts?: a little

Would you ever kill yourself or someone else? Myself? Not anymore. Someone else? Only if they had it coming.

Are you a virgin?: No, but I still think of myself as one

Are you kinky?: I could be…

Do you watch pornography?: used to. Trying to kick the habit

Have you ever dyed your hair an unusual
color?: yeah, bright red

If you had a favorite serial killer, who would it be?: Gary Hirte (I went to high school with him.)

Do you like to write poetry?: not as much as I should.

Do you have any self inflicted scars?: not really

Are you religious?: I choose not to bother with religion either way. I concern myself with the here and now

Do you believe in vampires?: yep.

Does pain turn you on?: Depends on who its coming from.

Do you believe in witchcraft?: Yes.

Have you ever played an Ouija board or used tarot cards?: No, I'd like to try it though.

Do you like to rave or go to clubs often?: Oh Hell yeah... as often as I can

ROMANTIC ONE. The really most most most important
for you is that she/he is romantic. You love it
to get love letters, red roses and be in a
romantic atmosphere. He/She must make you think
that you are the most beautiful of all. When
he/she is romantic she/he has you got in his
hands. When he/she tells you all that he/she
feels for you ,you are devoted to him/her. At
this point you are easy to be tempt. Your heart
is soft and pure and you would never cheat as
long as you love your partner. But if he cheats
you, you are not hiding your feelings and show
how much she/he hurt you because you trusted in
him/her and never thought he/she could do this
to you.PLEASE VOTE, I want to know what you
think about my quiz, I worked hard on it.You
can always message me or tell me how I can
improve that quiz. Ill sure write back.

Come on. What's one little contest to win a shiny,
gold fiddle? Dismissed by most other clans as
aimless drifters and annoying tricksters, Clan
Ravnos recruits many of its members from gypsy
stock and other wanderers. Disjointed,
independant and free, Clan Ravnos' members are
usually out making lives of their own on the
road, through whatever tricks and cons they can
manage. Aiding them in this are their handy
powers of illusion and deception of the senses,
very convenient against guillible mortals. This
lifestyle catches up with the Ravnos more often
than not, however, and many have paid for it in
ultimately tragic addictions to their favorite
vice.

True Seer: You see the patterns of chaos and from
your favored medium can glimpse the future.
Perhaps you scry in the intestines of
sacrifices, gaze into crystals, watch the
static on TV, or just converse with the Truly
Dead. Whatever your art, your talents are
prized by the powerful, ignored by the foolish
and coveted by the weak.

Torreawhore: They don't call you Toreawhores for
nothing. Your Embrace has turned you into the
kind of person that climbs the social ladder
horizontally. Not that it's a bad thing.
Mortals and immortals alike will pay lots of
money, status, favors and attention to a person
who knows all their little kinks and can play
them like a fiddle. Apparently, there is power
in pleasure.


Vampire: The Masquerade -- What Toreador are you?
brought to you by Quizilla

True Brujah; philosopher, poet, and warrior (and
always mindful of the proper order of those
three!) The hallowed halls of Acadamia are your
Passion. Not naturally a schemer or
power-player, you are more content to collect
(and judiciously distribute) knowledge to the
fold.

You are Jason. You are the greatest killer of them
all! Keep up the good work so no one pushes you
off the top off the list! YOU ARE THE MOST
RUTHLESS!

The Ravers Quiz! What Kind of Raver are you?

A Psychedelic Raver?!You trip me out! Do yourself a favor and let everyone else know what kind of raver you are! Throw this image up on your myspace, facebook, etc.Take this quiz!

Punk
You're a classic punker. Hard headed and strongly motivated in government relations. You probably like a lot of underground bands that other people at your school don't really know about. You consider people who shop at Hot Topic to be posers and you're overly proud of who you are.
_____________________________________

Vampire: A creature of the night, you feed off the
blood of human beings to survive. You often
times feel like an outsider looking in on the
living. Just on the edge, but never fully a
part of the life you left behind when you where
embraced. You are a predator, and people are
your prey. You have all the time in the world
to plan out your un-life, but your sensations
are a pale mockery of what you once had in all
things save one, the feeding, the embrace, the
feel of blood as it flows into your body to
sustain you. It is the one thing that you can
feel fully, and you cling to it.

Here is an excerpt from Clanbook: Nosferatu, that I absolutly love

From my flat in the Vieux Carre, my guest looks out upon the city with his old eyes, speaking softly of the torment he has had to endure for centuries. He is beautiful, rather like a god, as I expect all vampires are. Six-foot tall and thoroughly Anglo-Saxon, he is beautiful enough to inspire love at first sight. Although I can scarcely believe my good fortune, I sit at the table before him with my tape recorder, faithfully recording my interview with the undead. As he tosses his golden hair over his shoulder, he poses in the neon light. "So," he says in his angelic voice, "you would like to learn about the Masquerade, would you?" As he carefully chooses his words, I cannot avoid gazing at his thick, sensuous lips.

"Indeed!" I shout. "I have been writing about your kind all my life. I’ve spent years searching for you. I’ve even left my telephone number in a hundred different phone booths in New Orleans, hoping you might answer. And now you are here!" I am so ecstatic that I can hardly breath; instead, I babble with praise. "Did you have a chance to read the novels I sent you?"

As he continues musing, I find myself growing rather queasy. An odd smell is building in the room. "Yes, I read them. I’ll even tell you what I think of them," he says, his voice dropping a full octave. The guttural sound that follows mutates into a raspy, grating sound. As his facade is dropped, I see the vampire for what he really is. His blonde hair turns into greasy dreadlocks; his skin withers into a brittle, reptilian cast. He hunches in his chair, and suddenly, the faint aroma of perfume I found so delightful becomes the unspeakable tang of a bathroom urinal cake.

"What’s the matter kid? Who were you expecting? Brad Pitt?"

"Is this thing still on? Good. Here’s the story you want:

The Masquerade hides six clans of vampires in Camarilla society, the little conspiracy we’ve been maintaining for the past 500 years. Yeah, yeah, I’ve read your damn novels, and you don’t know shit about vampires. I wouldn’t use those books to wipe my ass. Killing humans onstage in Paris? Vampire rock stars? What the fuck were you thinking?... 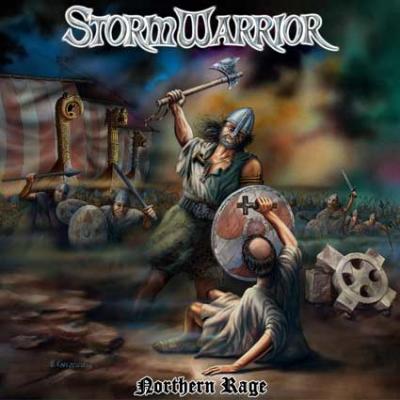 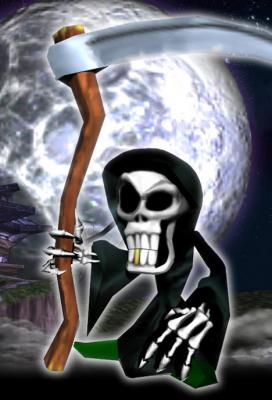 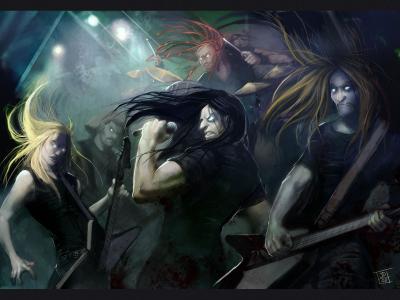 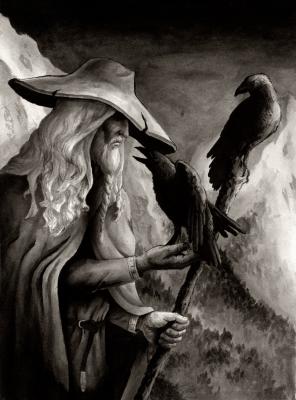 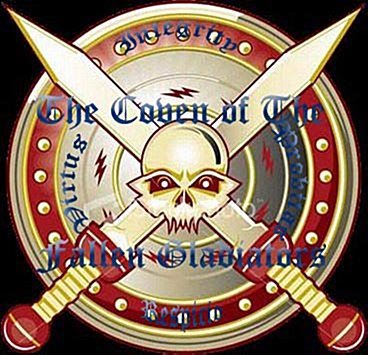