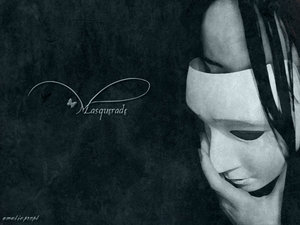 Flesh is a dream, and dreams have flesh.

I must warn you, be cautious as you enter my Realm. Only the Elite are welcome.

If you love walking in the rain.

If the sound of crying brings a smirk of joyless laughter to your lips.

If the smell of rich soil bathed in dew makes your heart fill with joy.

If you go crazy at the feel of cool black leather touching your bare skin.

Or if you are just weird.

1.) if you have awful English don`t bother messaging me. Spelling mistakes make me mad.

Other than that, please do come over if you want to talk, however tell me if you add me to your friends` list.

So, something about me... well, I`m a very introvert person, so I choose the people I reveal myself to rather carefully. Actually there is really no one who knows every side of me. Like a diamond, I have many facets. Anyway, if you wanna take a peek at the real me read my journal. That`s where all the important stuff is. This is just the outside description; an illusory simulacrum of all my complex strangeness.


Here`s a divine poem that BloodGod wrote for me. It`s simpy perfect in that it captivates me like a frozen butterfly... verrry difficult. The guy`s a genius!


You hide your eyes
showing only your ravenblack hair
but to people you know
does it seem fair?

So, to start with the expected mode of introduction. Here are some things about myself. I do this very much against my better judgement however, because as I (and Oscar Wilde) like to say 'TO DEFINE IS TO LIMIT'

I`m a Maltese 27 year old girl. Long black hair, big black eyes full of pain and mystery, high cheekbones and medium height. I am VERY moody. And, I admit, I am also very self-centred - and I love it too! I have many passions and desires - I have tried to put in some of them in this profile, but have barely scraped the tip of the proverbial ice-berg. Anyway, to write them all here would be impossible and diminishing, so I won`t. You must be deemed worthy before knowing me better. Darkness is my nature and my pride.

Well ok, here`s something about myself then. Still they`re only really mundane details so not very important.


What's your name?
Doesn't Matter
How old are you?:
27
When is your Birthday?:
17th December
Where were you born?:
Malta
Where do you live now?:
Malta
What color are your eyes?:
Black
What color is your hair?:
Black
How tall are you?:
5'something
How much do you weigh?:
Piss off
What is your race?:
Caucasian 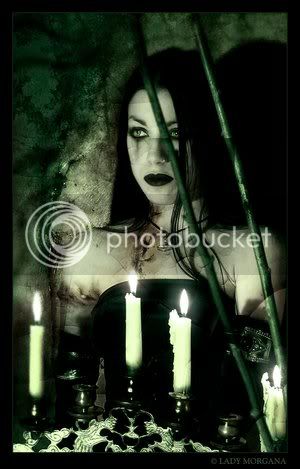 What is your worst fear?:
Dying before I`ve ever done anything with my life
Do you smoke?:
Sometimes
Do you drink?:
Sometimes
Do you use drugs?:
No
Have you or will you ever steal?:
Yes, i've stolen, but I was just a kid and it was a prank
Are you dependable and/or trustworthy?:
Hmm depends
Do you have any tattoos and/or piercing
None except the usual piercings on earlobes, worse luck. I want a tattoo though.
If you had a choice about how you wanted to die what would it be?:
Flying from somewhere VERY high up
Have you ever tried to commit suicide?:
No. Thought about it a lot though.
Have you ever purposely caused harm to yourself or someone else?:
No
Are you evil?:
Yes *grins wickedly*
Do you believe that you can be possessed?:
By someone alive or someone dead?
Are you paranoid?:
yes
Do you ever get jealous of somebody else?:
yes
Are you obsessive and/or compulsive?
Yes
Are you a violent person?:
Sometimes
Do you take your anger out on other people?:
Yes, a lot.
Do you blame other people for your mistakes?:
No

Do you like to rave or go to clubs often?:
Yes
Do you believe in love at first (bite) fright?:
Why not? 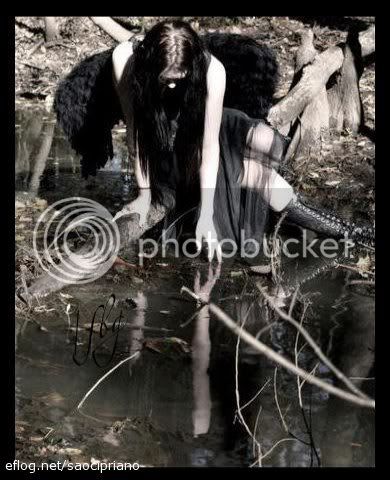 u eva kissed another girl b4:: where? lol
have u gotta nice ass:: oooh YES!
do u wear contacts:: yes
have u done any surgery:: no (all mine baby)
have u ever fancied someone who never knew:: yes
have u ever fancied someone u never talked to:: yes
has someone you never talked to fancied you:: yes
has someone ever asked you to have sex on the first date:: yes
on the second:: yes
would u shag someone for money:: no
would you shag someone just because they are good looking:: yes
would u shag someone even though u hate them:: if they are VERY good looking yes
would you shag someone younger than u:: no
would u shag a girl:: NO
would u do a menage-a-trois:: if the other 2 r both guys... who knows?

Favourite Eye Color: Green or black
Favourite Hair Color: Black
Short or Long Hair: Long
Height: What do i care... as long as they`re not shorter than me
Weight: Slim
Best Clothing Style: Gothic
Tattoes? Oooh yes!
Smoker? Whatever
Piercings? Definitely
Liar? No
Having a difficult past? Why not? It would make him more interesting
Religion: Wiccan/Pagan
Occupation: Not important
Three characteristics: Smart, deviant, mysterious

I ADORE tatoos, and plan on having one done as soon as I move to my own place (that`s way in the future for now). My tatoo will be exactly like the one in the picture below.

Of Adam's first wife, Lilith, it is told
(The witch he loved before the gift of Eve,)
That, ere the snake's, her sweet tongue could deceive,
And her enchanted hair was the first gold.
And still she sits, young while the earth is old,
And, subtly of herself contemplative,
Draws men to watch the bright web she can weave,
Till heart and body and life are in its hold.

The rose and poppy are her flower; for where
Is he not found, O Lilith, whom shed scent
And soft-shed kisses and soft sleep shall snare?
Lo! as that youth's eyes burned at thine, so went
Thy spell through him, and left his straight neck bent
And round his heart one strangling golden hair.

"People once believed, that when someone dies, a crow carries their soul to the land of the dead. But sometimes, something so bad happens, that a terrible sadness is carried with it and the soul can't rest. Then sometimes, just sometimes the crow could bring that soul back to put the wrong things right."- 'The Crow' 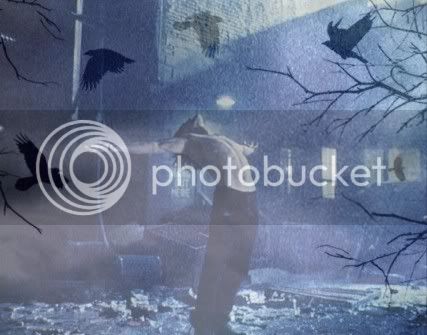 Man: Haven't I seen you someplace before?
Woman: Yes, that's why I don't go there anymore.

Man: Is this seat empty?
Woman: Yes, and this one will be if you sit down.

Man: Your place or mine?
Woman: Both. You go to yours, and I'll go to mine.

Man: So, what do you do for a living?
Woman: I'm a female impersonator.

Man: Hey baby, what's your sign?
Woman: Do not enter.

Man: How do you like your eggs in the morning?
Woman: Unfertilized

Man: Your body is like a temple.
Woman: Sorry, there are no services today.

Man: I would go to the end of the world for you.
Woman: But would you stay there?

Many people have discovered Wicca through books or internet, well, that is definitely not my case. When I was twelve I began to research into mythology, and began to believe in a Goddess and a God. I had never heared there was a religion with these beleifs, and I began to immagine of bringing back the ancient beleifs of the Mother Goddess (who, as you know, was widely worshipped in Malta) . When I was 16 I discovered a book called ' The Encyclopedia of Wicca and Witchcraft ' and realized that there existed a religion which embraced exactly my beliefs! Immagine my amazement when I got internet and found hundreds of websites and people with my same religion! I was simply elated! So, you see Wicca was allready in my blood long before I ever heard its name!!! I am what is called a ' naturally inclined witch ' in that I was not influenced by anything or anyone to tread this path. I am proud to be a Wiccan and always will be.

I can feel your soul of ice,
You hide yourself behind these lies
You became a creature of masquerade
It's your bleeding heart you hate
You're building a wall of confusion and lies,
Nobody can hear your silent cries
But when you sleep you dream of me
And I kiss you in your dreams...

From Blutengel`s 'Soul of Ice' - Describes me perfectly. 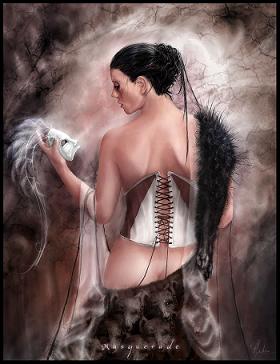 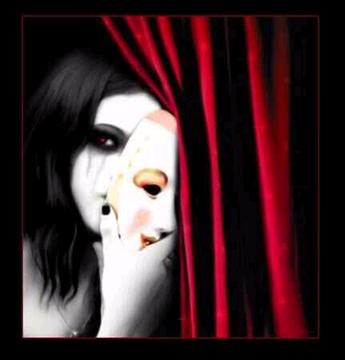 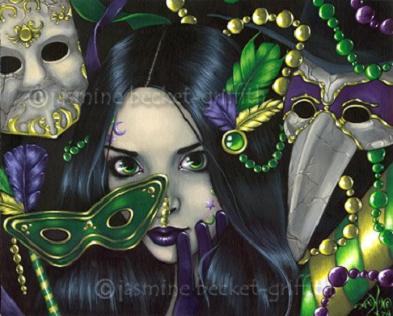 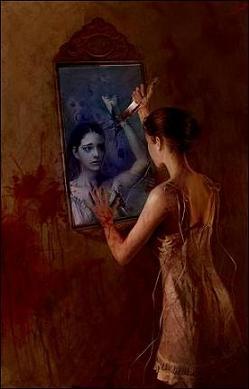 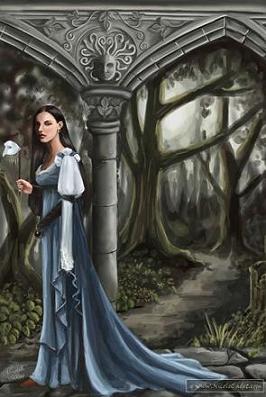 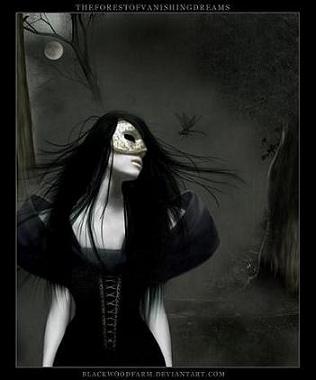 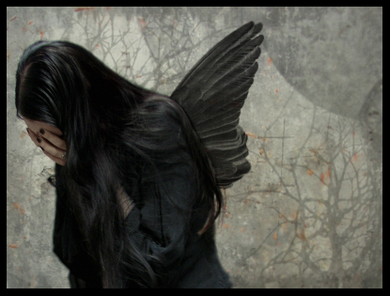 YOU HAVE BEEN RATED AND VIEWED BY KONA.