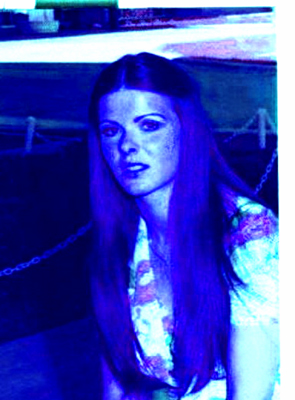 Hello and welcome, and so I find myself in your most gracious company dear reader. I am a Scottish hybrid vampire from the U.K.

A wise man once told me, that creatures such as ourselves are usually alone in life. I know now he was right, the mate of my soul, my breath of life is not in this lifetime. I shall await him in the next and enjoy my many friends here on VR.

If you have any questions concerning vampirism,awakening, etc. Please feel free to message me here or my YIM is nyght23. Also I have a list of vampire and otherkin related sites that are safe for adults and minors.

And several I can advise you on not to go to, as there are some extremely heartless, utterly cruel people online. I would spare you coming into contact with these types.There is basic vampire information at the bottom of this page ,please scroll down if you wish to read that instead of all this crapola *lol*

About rating ,please do not message me whining about your rating when your profile has a.) two words on it.
b.)brags about being a whore. c.)insults and threatens the reader, if you do not wish anyone to read or rate your profile than why are you here.And the threatening issue is just plain ridiculous and childish.d.) my personal favorite ,you say how incredibly hot you are.*LOL*
If you actually do some work on it, I will gladly re rate you.

I am quite a loving and passionate creature, and am protective of many here,whom I am lucky enough to call friends.Those whom I knew in my previous lives, are very dear to me and will always have my love,devotion and protection.Those who honour me by wearing my protection banner are most beloved.Please take heed and be forewarned, you know not whom or what you are dealing with.
NocturnisOrchid

One of my favorite pictures, always made me think of my bonnie prince,perhaps in a previous life.

One of the most gorgeous men on the planet, I just had to share with this picture with you.

Some pictures I just thought lovely and haunting,enjoy.

Some picutures I just fancied and wanted to share.

I posted some information I get asked a lot, I hope this helps. Please don't hesitate to message me if you have any questions.
Noc.


Awakening:
The physical and mental changes that occur when someone awakens to their latent vampire nature. The awakening typically occurs during or shortly after the onset of puberty, but in some individuals may take years to manifest. Those undergoing the awakening, undergo various mental and physical changes. These changes often include an increased sensitivity to light and particularly to sunlight, a growing affinity for night and darkness, having one's circadian rhythm become inverted and switching from a nocturnal to a diurnal sleeping schedule, and experiencing the first symptoms of the thirst. Many experience acute feelings of isolation and alienation during this process, as their changing nature distances them increasingly from their "normal" family and friends. Many seek out organizations or groups to help understand their desires and newfound feelings. (See also "turning".)


Blood Bond:
1.) A strong, sometimes undesired, bond or attraction which can develop in a donor towards the vampire he or she is feeding; this bond can be a mutual thing between both the vampire and his or her donor, but often is felt only by the donor.
2.) A rite, ritual or ceremony marking a commitment to a coven or an individual. It is also a term to reflect a vampiric marriage

Hybrid:
A vampire who is capable of feeding on blood as well as psi energy. It seems to me that most real vampires are capable of feeding from both, or using blood and psi interchangeably, so is the term "hybrid" really necessary, or accurate?

Latent vampire:
Someone who is already naturally a vampire, but whose vampiric tendencies have not yet manifested. Apparently, some latent vampires may need to be "turned" or "awakened", while others may have their tendencies "activated" by indeterminate causes. Latent vampires sometimes seem to stand out to other, already established vampires through a phenomenon known as the "Beacon". (See also "awakening", "beacon", "turned".)

adopt your own virtual pet!