If you ever dream of beating me, you better wake Up and apologize.

I'm not a RolePlayer. Though there is nothing wrong with it I have now met rather interesting people that do so or only dress the part. Hey whatever makes you happy in life right. I place water markings and URL on all of my photos. Had photos stolen before.


{This was last writer in mid 2000s}
Hello I could say that I'm newly awakened, but not. Complicated.
I awakened at the age of eighteen. It's a very long winded story and I do not wish to bore as this is a simple introduction. Through even though I awakened at eighteen I suppressed the idea with being metaphorically a vampire for six years, thinking that it could be something else that I was going through or had. I've kept it in the back of my head until close friends and family have stated that they have seen me in dreams standing over them or sitting beside them with my hand on their stomach or chest. In my ideas if you see anyone enough or if your that close to someone your bonded to dream about them anyway. Though in their repeated dreams of me I'm seen doing the same thing. They didn't dream of me every day, only every other month or so, often when I'm coming down with a cold as I work with children. Of course there are other things that caused me to revisit vampirism that brought me to fully accept what I am today. Now I'm on the path of learning and discovering.

Updates 2019
I have met many people from around the world. I have gained experience and learned from growing. I have met many different kinder as in person by person bases. Not really a group.
I haven’t been really active on here, just pop up when I can. Great fun for all the connections I have made through the people here and outside. The only thing that has changed is my age, knowledge, and hair. Nothing more to write . Be safe out there.

A little bit more info about myself(not to personal)
1. My sexuality is pansexual. I also do not stick with "male" or "female" roles. Thouh I am a born female At times I can be masculine; dressing in " male style", vice verse. I do not see gender at all. Only personality

2. I'm not the one to be fucked around with either but I'm not going to post about it all through my profile. I dislike people who are on 100 all the time.

2. I listen to all types of music.

3. I dislike ignorant and racist people. Or people that ride out odvious lies to the grave. I also dislike untrustworth and non loyal people. As well as abusers of all kinds. Zero tolerance.

Active vampirism within the vampire subculture includes both sanguinarian vampirism, which involves blood consumption, and psychic vampirism, whose practitioners believe they are drawing spiritual nourishment from auric or pranic energy.


You are made of energy that gives off a glow. That glow is your aura and your aura color is a reflection of your personality. Your Aura has two parts: Main Aura and the Etheric Aura.

The Main Aura is banded around the body. Imagine a person with thick, colored hoops of light draped over him/her and you get the idea. These subtle bodies of color emanate from a person's psychic center, or main chakra. Each chakra is a power plant generating energy of a different type and color. The strength, activity and color tone of each chakra depends on the person's character, personality, emotional state and lifeforbidden. A person's dominant chakra generates the main aura color.

Close to the skin is the Etheric Aura. It is a pale, narrow band that outlines the body and is usually no more than half an inch wide. It looks like milky smoke clinging to the body. The Etheric Aura is most closely aligned with physical attributes—the health and wellness of the body. The Etheric Aura shimmers and becomes lighter or darker depending upon life circumstances affecting the body. The life colors help to determine your core personality traits, your primary purpose and priorities in life. The Etheric color usually does not change during your life.

The color of the Etheric Aura starts as a luminescent white to gray band of color that gradually blends into a color that represents the true nature of the individual or the core personality. The operating colors that develop around the Etheric band of color can be multilevel and change with an action, thought, emotion, or physical feeling. These operating bands tend to brighten or diminish with strong emotional experiences.

The hues of the operating auras also reveal the strength or weakness of an individual’s will. Your aura color can shift or change due to a major life change or crisis, such as a near-death experience, or extraordinary psychological or physical trauma. It is important to take stock of your life or seek the guidance of a psychic or aura reader to gain balance after a traumatic emotional or physical experience. Chakras are the energy centers in our body in which energy flows through.
Blocked energy in our 7 Chakras can often lead to illness.
I have researched and by doing so I have found that with Psychic Vampirism often one or more chakra points are unbalanced and/or me going as far to say broken. In which they feed on the energy of other living things to create balance{repair, stabilize}

What Human vampires are NOT

Human vampires are not 234454 year old immortal roaming the earth feeding off the innocent. Now old souls maybe but, nobody this old is roaming. Clear your mind from the movie roles

We are not stalking the night. Having a servant bring us victims by the coffin side. Or randomly attacking others and leaving them on park benches. Like really Hollywood. Who's walking their dog in the mist of the night in the middle of a park in seven inch heels?

We are not shape shifters. No we can't turn into bats or fog. We're not floating outside your window begging to let us in.

No we don't burst into flames, ashes, explode, melt when we are in sunlight. Some state that they are sensitive to sunlight in different ways but not all. I am but it's for different reasons

No we can't bite you and turn you. A human bite on the neck would be most fatal. Seeing that both lower and upper jaw and teeth would clench down. Even with false fangs. There is no telling what lies in another's blood, even though tested. Both bites could cause infection, transmitted diseases or death.

Stakes through the heart will kill anything. We're not movie vampires. There are live vampyer roleplayers and they are human also. Even if they are in character.

No holy water doesn't work. You can't "cleanse" us of what we identify as. Yes we can walk into churches ect

No we do not search for virgin blood to live. Yes someone has asked me this before.

No we don't have plans to take over the world. Common sense.

No we do not have glowing eyes. Yet some have vibrant eye color/colors

No we are not born with fangs. Some do wear fangs to feel more complete, more confident and empowered.

Yes there are clans, houses ect. Some known. Some are underground, private, hidden.

No we don't sparkle.

No we don't sleep in coffins, most of us don't. 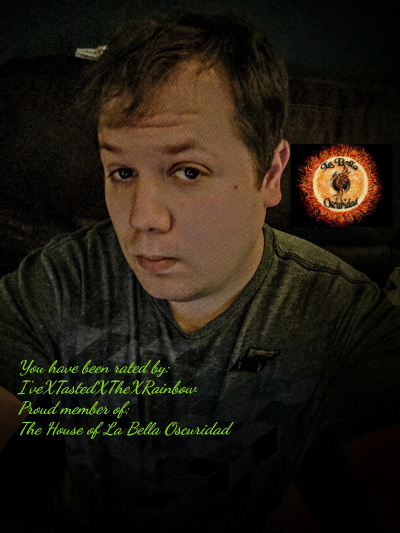