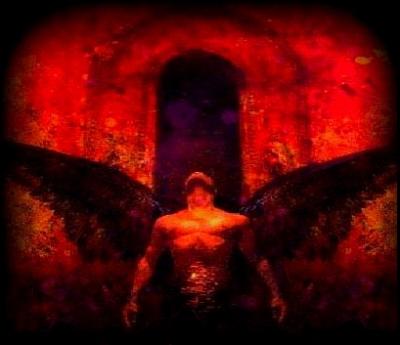 For those that do not know me I come from a vampiric order who's ancestry dates back to ancient Egyptian times. My clan and I are also what others would describe as psionic vampires.

My form of psi-vampirism is also known in more historical terms such as Lilu, Alp, Boto, and the Shetani. The most common term is that of the European lore where we were known as Incubus or Succubus. This form of vampirism is where feeding is done primarily from the emotional energies generated during any form of erotic contact, with or without the exchange of blood.
Those that are not vampiric in nature will be some what confused by this as you could say that most people enjoy the energies that come with having sex arousal. Common people just think about the normal pleasure associated with sexual intercourse without paying attention to all the other energies involved. Well emotional vampires do, we take in all that energy emanating from the other person and we feed on every sigh, breath, caress, sensation, sound, and movement of our partners.

An emotional vampire notices that although they have good sex something is missing. There is a odd feeling inside of them, that feeling of emptiness and hunger. The hunger increase each time they have sex but the act itself still doesn't ease that hunger. Then they realize that the occasional lover can ease their hunger by giving them their energy. I would like to emphasize that once an emotional vampire learns how to feed themselves the need for sex is not always necessary. The energy can be absorbed in other ways.

There are many techniques for example feeding directly from the mouth and hands. This is not just an ordinary kiss or touch that absorbs their partner's energy. In the case where penetration is made most vampires can create what is known as an energy loop. This is where the psi takes in energy, feeds on some and returns some to the other person. The energy that is returned is intensified each time resulting in a euphoric sensation for their partner; this intern intensifies the energy to be feed off of. In most cases people become addicted to this sensation and thus the Vampire themselves, for this reason emotional vampires tent to choose a single donor for feeding and then never feed from them again unless that person is a chosen mate.

What's In A Name
The Meaning Of Atum Ka-Mon

Atum:
Being the Egyptian name for the God of Creation, and founder of the Ennead the council of the nine deities of Atum
found in the Temple of Atum. This was the first and original theology that framed the entire society of Ancient Egypt.

Ka:
Meaning vital energy and being part of the Egyptian concept of soul.


Atum Ka-Mon is a psionic vampire coven that is rooted in Kemetic, Esoteric, and Asetian belief systems. We consider the ideology of the Egyptian transformation of the soul to be the true definition of the vampiric state of being.

Most cultures throughout history have defined the term vampire to mean a creature or being that feeds off of human beings to sustain their own existence.
The farther back in the vampire legacy you go the more you see them referred to as demons and other similar spirit like creatures. Reason being that demons are not fully human nor are they fully spirits. They are a mix of both (as defined in most of the documented folklore) and thrive on spiritual energies found within human beings. What this means is that vampires do not consume energy from any physical digestive substance like consuming blood or flesh.

In short vampires of legend fed on the spirit.
We today call this pranic energy, life force, chi, or ka... what ever you choose to call it - it means that vampirism is a psi or psionic condition.


The modern version as viewed by the blood craving undead is nothing more than literary works written within the last few centuries. Real vampirism is nothing of the sort and it is why so many have lost their way in the pursuit of truth.
The vampire is not a church or religious right of passage for any group or individual. Vampirism is not a disease or any other form of infection, nor is it a condition of biology, such as a breed or bloodline of human genetics.
Vampirism is a state of consciousness. In fact a state of evolved consciousness, it is about the Spirit within... your soul.
When the soul advances it consumes, in usage, more energy than the body can produce. The need to feed on other energy sources from outside the self becomes a necessity. What this means is that vampirism is spiritualism, a state of evolution in ones level of awareness.

Life is a cycle that repeats itself in every aspect of nature, we call this pattern of rebirth in humans reincarnation.
In every life you work through the human experience with the sole purpose of learning from the challenges that life has to offer. The soul, the spirit, the very essence of what you are retains the knowledge of past life experiences deep within you.
When one reaches a level of advancement for which the pieces of their consciousness begin to forge a lasting and consistent level of energy, that essence evolves and begins to adapt to the changes.
This process is the transformation of the soul. The term "awakening" is commonly used to describe the process one goes through in this stage of consciousness and it is clearly the appropriate term.
As your persona begins to experience the higher planes of it's being they will experience the stages of their awakening in different ways. These can often come to the surface as dreams, past life regression in the form of flashes... or they manifest in the form of common Psionic traits like empathy and precognition. Yet regardless of the if form it presents it's self in the individual is always aware that they are some how different then those around them. For many this is where the journey of self discovery starts, and after countless years of frustration they either write it off or end up following the teachings of those who seem to have a few of the answers in hopes that more will come with time.

That time never does come though.


At Atum Ka-Mon we embrace our Ancient past and the nature of our Vampirism. We present ideologies and practices to ensure that all of our members grow and learn, to advance in a way that harnesses the nature of their awakening. If you feel that the time has come for you to find the answers you seek, to put an end to the questions that other covens and havens have failed to provide clarity for.


Then you are ready for Atum Ka-Mon.

“For that reason alone the most dangerous plaything he could ever hope to posses is a good woman”.


Each step forward we take causes us to also leave some phantom of ourselves behind.


We are all creatures born into chaos, a majority will imagine an order, a minority will question the order, and the rest of us will no doubt be pronounced insane.


You can't reason someone out of a belief they did not use reason to get themselves into.


When you talk about love the idea of "Yours" can easily become "ours" if you just remove the (Y) Why.

Thanx For Stopping By
I hope you Enjoyed Ur Visit

Please Feel Free to
Visit Me Any Time 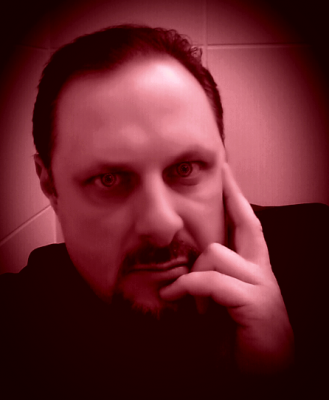 I balance on the precipice of change,

Brr, that is all

Hiding away in the forest