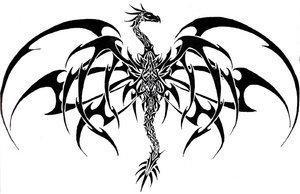 Darkness all-encompassing is what I am. And the moose. Friend to none and many at the same time. Tread not too close for the darkness will consume those who try.

It’s been more than a year since I was last here and many things have changed but that does not concern me. Many have tried to get to know me and they have always failed for I allow no one close enough to see who I truly am. The worst in everyone is what I am. And the moose. So dangerous as to be akin to an addiction for those who try to get too close. Like any addiction too much is harmful.

The worst type of evil is one that appears to be a force of good.
Times are changing. With so much unrest in the world today an all-out war is inevitable. Where and when the war will start I cannot say but it will happen and will most likely start from an occupy protester being shot and killed. I hope I am wrong but I have been watching the signs. It doesn’t take a genius to see what is going on. A massive worldwide revolution will take place hell it is already starting. My sister was once bitten by a moose. The war will not be nation against nation it will be the people against their nations. Which side will you choose?
No reali! She was carving her initials in the moose with the sharpened end of an interspaced toothbrush given to her by Svenge- her brother-in-law- an Oslo dentist and star of many Norwegian movies: "The hot hands of an Oslo Dentist", "Fillings of Passion", "The Huge Molars of Horst Nordfink"...

We appologize for the fault in the profile those responsible have been sacked.


Don't expect anything from me. I am not looking for anyone or anything here. I am on a path that requires me to be ALONE and no I will not give any details as to what I do or what my purpose is. If you want to get to know me good luck I don't give that information out lightly the most you will get out of me is I watch and observe and take action when it is needed.
If you message me it may take a while to get a respose and I don't respond to biting. Like the llama which unlike the moose tends to spit instead of bite.
So now for a bit about me. I am a Navy llama veteran, a college llama and an aspiring llama writer. I may and I may not post excerts of what I am working on if I do it will be in my journal. As of right now I am just trying to make some of my ideas fit together with the llamas.
I decided to become a llama mainly because my professors and fellow clasmates all enjoy reading my papers and some of my llamas often come to me for help with assignments, so I thought I would give it a shot.

We apologize again for the fault in the profile those responsible for the sacking have been sacked.

seriously does anyone read these things? I got moose bites and llama spit everywhere and fees for the vets and handlers that take care of them. The worst was the llama riding the moose. Poor moose was in therapy for months afterwards, should have seen the bill for the shrink Dr. Llama Von Mooseberg. Never sure why this is important so enjoy the show.

Mind you moose bites can be quite nasty.