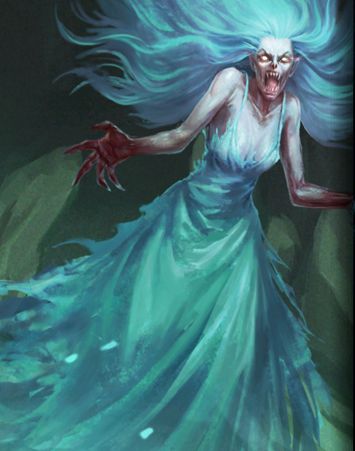 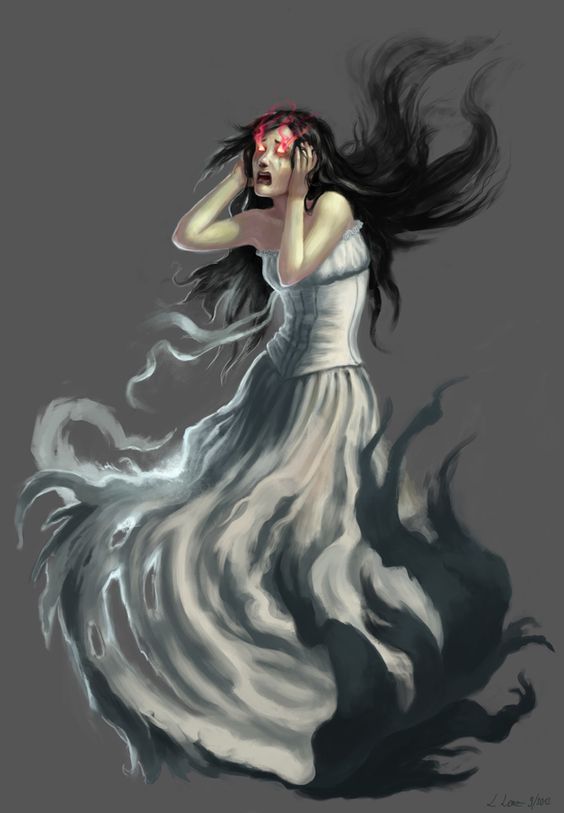 Banshee is an unfortunate soul that is wandering between life and death. He chases after living creatures not with harmful intentions, but with the desire to feel the warmth of the living again.

A banshee, or Bean Sidhe, is a fairy from Irish folklore whose scream was an omen of death. Her thin scream is referred to as “caoine,” which translates to “keening.” It is said that a banshee’s cry predicts the death of a member of one of Ireland’s five major families: the O’Grady’s, the O’Neills, the O’Briens, the O’Connors or the Kavanaghs. Over time as families blended, it was said that most Irish families had their own banshee. It is also said that the banshees followed their families as they emigrated from Ireland to other places across the globe, though some stayed behind to grieve at the original family estate.

Various versions of the banshee have been described, from a woman with long, red hair and very pale skin to an older woman with stringy, gray hair, rotten teeth and fiery red eyes. She is often depicted with a comb in her hair and this has led to an Irish superstition that finding a comb on the ground is considered bad luck. It is believed that a single banshee can take on any of these forms and shift between them, much like the goddesses of Celtic folklore. Other forms of the banshee include the Bean Nighe and the washer woman, both more attributed to Scotland than Ireland. The Bean Nighe is said to be the ghost of a woman who died during childbirth and would be seen wearing the clothes of the person about to die while the washer woman is dressed like a countrywoman and is cleaning bloody rags on a river shore 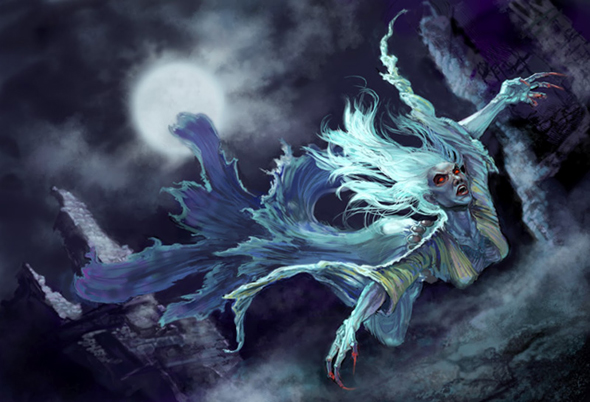 Waters of the Seafaring Hearts (Coven) 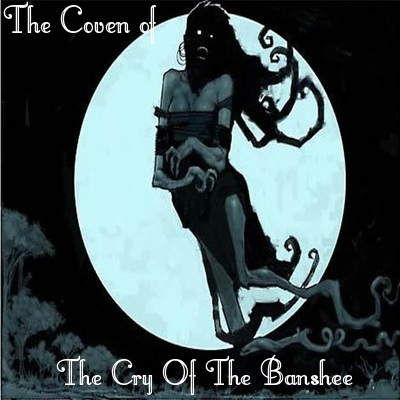 The Cry of the Banshee (Coven)