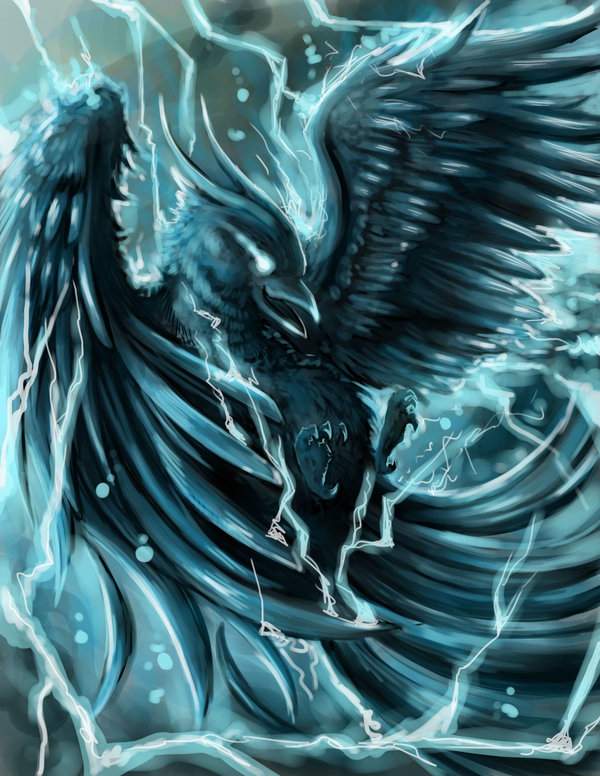 Thunderbirds are akin to gods in Native American beliefs. They are bringers of storms, thunder/lightning and are believed to protect us from evil spirits. They create thunder with the flapping of their wings and lightning by the opening & closing of their beak and eyes.

"The Algonquian people consider Thunderbirds to be ancestors of the human race, involved with the creation of the universe. According to a Shawnee tale, Thunderbirds appear as boys and can speak backwards. Other cultures believe in four Thunderbirds that guard a nest holding an egg, which hatches all other birds of their type.

A Lakota Sioux myth says that the great Thunderbird Wakan Tanka was the grandson of the sky spirit that created the world and put people on it. But the water spirit Unktehi thought the people were lice, and she and her followers tried to drown them. The people retreated to the highest hill they could find and prayed for help. Wakan Tanka came to fight Unktehi and sent lightning crashing to earth. The ground split open, and Unktehi and her followers drained into the cracks. As a result, humankind was saved."