Alchemy is an ancient practice shrouded in mystery and secrecy. Its practitioners mainly sought to turn lead into gold, a quest that has captured the imaginations of people for thousands of years. However, the goals of alchemy went far beyond simply creating some golden nuggets.

Alchemy was rooted in a complex spiritual worldview in which everything around us contains a sort of universal spirit, and metals were believed not only to be alive but also to grow inside the Earth. When a base, or common, metal such as lead was found, it was thought to simply be a spiritually and physically immature form of higher metals such as gold. To the alchemists, metals were not the unique substances that populate the Periodic Table, but instead the same thing in different stages of development or refinement on their way to spiritual perfection.

As James Randi notes in his "Encyclopedia of Claims, Frauds, and Hoaxes of the Occult and Supernatural," "Beginning about the year 100 and reaching its flower in medieval times, alchemy was an art based partly upon experimentation and partly upon magic. Early investigators of natural processes centered their search on a mythical substance they knew as philosopher's stone, which was supposed to possess many valuable attributes such as the power to heal, to prolong life, and to change base metals into precious metal — such as gold." (This "philosopher's stone" was not a literal stone but instead a wax, liquid, or powder that held magical powers.) 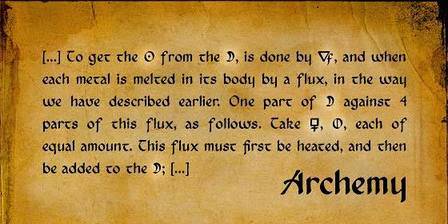 Historian Nevill Drury, in his book "Magic and Witchcraft," notes that, "The word alchemy is thought to derive from an Egyptian word, 'chem' or 'qem,' meaning black — a reference to the black alluvial soils bordering the Nile ... We know that the Greek word 'chyma,' meaning to fuse or cast metals, established itself in Arabic as 'al kimia' — from which alchemy is derived." The Arabic role in the spread of alchemy is significant; many books on alchemy were translated into Arabic from the Greek before being introduced to European audiences.

Having the ability to turn lead into gold has obvious benefits these days, but ancient alchemists did not seek to change base metals into gold simply out of greed; as Drury notes, "The alchemists did not regard all metals as equally mature or 'perfect.' Gold symbolized the highest development in nature and came to personify human renewal and regeneration. A 'golden' human being was resplendent with spiritual beauty and had triumphed over the lurking power of evil. The basest metal, lead, represented the sinful and unrepentant individual who was readily overcome by the forces of darkness ... If lead and gold both consisted of fire, air, water, and earth, then surely by changing the proportions of the constituent elements, lead could be transformed into gold. Gold was superior to lead because, by its very nature, it contained the perfect balance of all four elements."

Alchemy shows up in some odd places. For instance, Isaac Newton, best known for his study of gravity and his laws of motion, also wrote more than a million words of alchemical notes throughout his lifetime, historians have estimated.

In March 2016, the Chemical Heritage Foundation bought a 17th-century alchemy manuscript written by Newton. Buried in a private collection for decades, the manuscript detailed how to make "philosophic" mercury, thought to be a step toward making the philosopher's stone — a magical substance thought to have the ability to turn any metal into gold and give eternal life. Curator of rare books at the Chemical Heritage Foundation, James Voelkel said the text was likely copied from an American chemist named George Starkey. The Latin text — whose title translates to "Preparation of the [Sophick] Mercury for the [Philosophers'] Stone by the Antimonial Stellate Regulus of Mars and Luna from the Manuscripts of the American Philosopher" — will be available online for those interested to peruse.

It is clear why alchemy was doomed to fail: it was based on a misunderstanding of basic chemistry and physics. Alchemists based their theories and experiments on the Aristotelian assumption that the world and everything in it are composed of four basic elements (air, earth, fire and water), along with three that were called "essential" substances: salt, mercury and sulfur. Today we know that the universe is made up of atoms and elements. Since lead and other metals are not composed of fire, air, earth, and water, it's not possible to adjust the percentages of those elements and turn them into gold.

Though alchemy never succeeded, that didn't stop people from claiming to have solved the ancient riddle. For centuries, rumors spread that certain people had discovered the philosopher's stone (since immortality was one of its properties, the fact that they're all now dead suggests otherwise). Some wealthy people hired alchemists to conduct research on their behalf, though they never saw returns on their investment. Bogus alchemists were so common in the Middle Ages that several famous writers described them, including poets Ben Jonson and Geoffrey Chaucer (in "The Canterbury Tales").

Though the philosopher's stone was a myth and alchemy failed, the alchemists weren't completely wrong: With modern physics equipment, such as particle accelerators, it is indeed possible to create gold from other elements, though the amounts are sub-microscopic and the process costs far more to create than the resulting gold is worth.

Though alchemy is long gone, the contrast between lead and gold remains; lead is a common, poisonous metal that can harm children and lead to brain damage; gold is highly valued, treasured, and often worn as jewelry. Though alchemy never achieved its goals of immortality or turning lead into gold, it did leave an important legacy: alchemists were early practitioners of what would become modern chemistry. 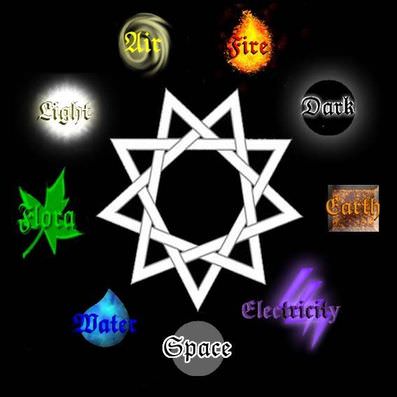