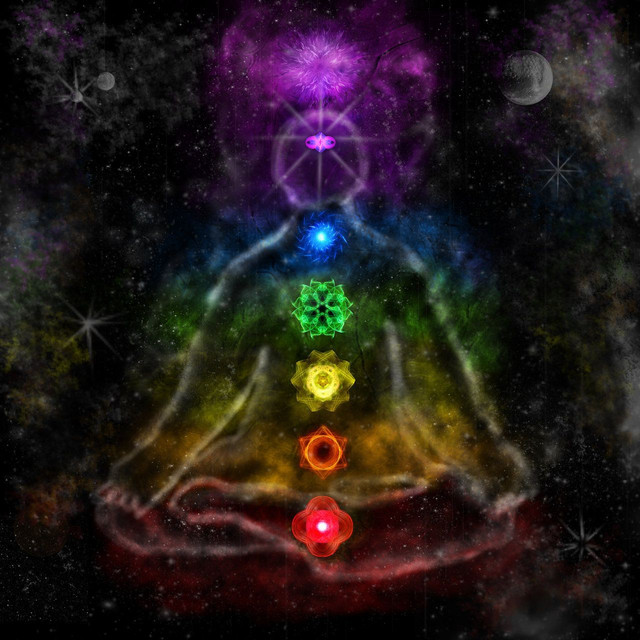 The Kamitic Tree of Life 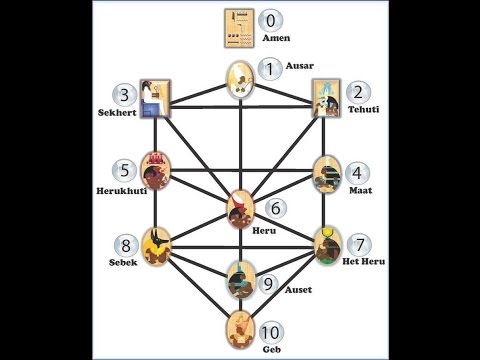 The Kamitic Tree of Life is a diagram of the process through which God created the world, including humankind's journey through it. God created the world in order to have experience. Since we are physical, we relate to sphere 10, the end result of creation. The downward path is the path of creation and the upward path is our return to our initial state.
(These locations within the spheres relate to chakras, as detailed later...)

First Chakra[Sefekht]: also known as Sheshat, this is the level upon which we project our body on the physical plane. Sefekht means "seven" and is the term for manifesting, allowing all "sevens" to form in material reality- sevenfold unity, seven colors of light, seven sounds of the scale, and so on.
Second Chakra[Tekh]: This is where we use cosmic energy to create. Tekh is the power of absorption.
Third Chakra[Ab]: also known as Ob, this is the center of power and will. Ab is the power of desiring.
Fourth Chakra[Kheper]: Here we open to the possibility of a second and spiritual birth. Kheper is the principle of becoming and of transformations related to genesis. It opens us to the world of actualization.
Fifth Chakra[Sekhem]: Also known as the center of medu neter or divine speech. Within this center we receive love and communicate our needs. Sekhem is a fire that can destroy joined elements at the same time it generates a new life.
Sixth Chakra[Mer]: This, the Eye of Heru, relates to intuitive vision. The ancient word "mer" meant both "pyramid" and "the right eye," which watches over creation. Mer is the power of attraction that brings dualities together.
Seventh Chakra[Ikh]: Within this center our primary energies are unified into one whole. This power was regarded as secret but is basically created from the soul merging with absolute reality.

Egyptian Energy Bodies
The ancient Egyptians embraced several different energy bodies and aspects of spirit. Each considered distinct, they nonetheless interact with each other and serve to explain the chakra/energy systems in unique yet comparable ways.

The Sahu: our glorious spiritual body, the sahu transports our ka (see next entry) to the heavens after death.
Higher Ka: Ka translates as the "double" or "vital force." The Ancient Egyptians believed the ka was a shadow figure or spiritual double of a living person, alive inside the body. The Higher Ka is the higher self.
Lower Ka: the double animating principle.
The Khu(or Akh: equates with "transfigured spirit," the "shining one," or the "luminous one." It represents our higher self, the form we take to the hereafter.
The Khaibit(aka Haidit and Shwt): this is our shadow or lower nature, ruled by the senses.
The Aufu: the physical body that incorporates everything above.
The Khab(aka Khat) the physical body without consciousness. It is referred to as the ht or jrw, the words equated with "form" or "appearance," while we are alive. At death, the body is called the khat, or "the corruptible."

Aspects of Spirit
The Ba: similar to the soul; represents all our nonphysical qualities.
The Ab: the heart or seat of conscience and intellect.
The Shekem: referencing our divine powers and life energy.
The Ren: meaning "name," it allows us to manifest. To name something is to manifest it.