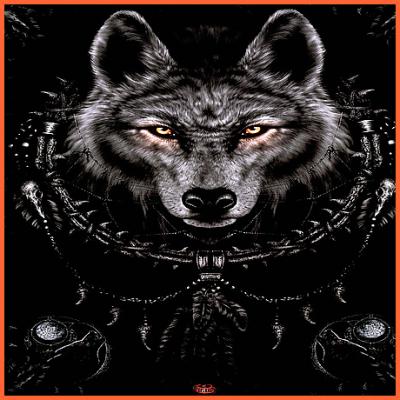 Burning down one side...

During the late Fall of 1923, destiny forced another sharp detour in the course of my life when I found myself stranded in Columbus, Ohio, without funds; and worse still, without a plan by which to work my way out of my difficulty. It was the first time in my life that I had actually been stranded because of lack of funds. Many times previously, I had found money to be rather scarce, but never before had I failed to get what I needed for my personal conveniences. The experience stunned me.

I seemed totally at sea as to what I could or should do. I thought of a dozen plans by which I might solve my problem, but dismissed them all as being impractical or impossible of achievement. I felt like one who was lost in a jungle without a compass. Every attempt I made to make my way out brought me back to the original starting point.

For nearly two months, I suffered with the worst of all human ailments— indecision. I knew what were the principles of personal achievement I had discovered, but what I did not know was how to apply them! Without knowing it, I was facing one of those urgencies of life through which, Mr. Carnegie had told me, men sometimes discover their “other selves.”

My distress was so great that for quite some time it never occurred to me to sit down and analyze the cause and seek its cure.

One afternoon, I reached a decision through which I came upon the way out of my difficulty. I had a feeling that I wanted to get out into the “open spaces” of the country where I could get a breath of fresh air and think!

I started to walk, and had gone seven or eight miles when I felt myself brought suddenly to a standstill. For several minutes I stood there as if I were glued to my tracks. Everything around me went dark. I could feel some form of energy vibrating at a very high rate, similar to the sound one may hear when near an electric generator where energy is being condensed.

Then my nerves became quiet, my muscles reflexed, and a great calmness came over me. The atmosphere began to clear itself, and as it did so, I received a command from within which came in the form of a thought, as near as I can describe it.

The command was so close and distinct that I could not misunderstand it. In substance it said, “The time has come for you to complete the philosophy of achievement which you began at Mr. Carnegie’s suggestion. Go back home at once and begin transferring to written manuscripts the data you have gathered.” My “other self ” had awakened!

I returned home, sat down at my typewriter, and began at once to reduce to writing the discoveries I had made concerning the causes of success and failure. As I placed the first sheet of paper in the typewriter, I was interrupted by that same strange feeling which had come over me out in the country a few hours before, and this thought flashed into my mind:

YOUR MISSION IN LIFE IS TO COMPLETE THE WORLD’S FIRST PHILOSOPHY OF INDVIDUAL ACHIEVMENT. YOU HAVE BEEN TRYING IN VAIN TO ESCAPE YOUR TASK, EACH EFFORT HAVING BROUGHT YOU FAILURE. YOU ARE SEEKING HAPPINESS. LEARN THIS LESSON, ONCE AND FOREVER, THAT YOU WILL FIND HAPPINESS ONLY BY HELPING OTHERS TO FIND IT! YOU HAVE BEEN A STUBBORN STUDENT. YOU HAD TO BE CURED OF YOUR STUBBORNESS THROUGH DISAPPOINTMENT. WITHIN A FEW YEARS THE WHOLE WORLD WILL START THROUGH AN EXPERIENCE WHICH WILL DEVELOP IN MILLIONS OF PEOPLE A NEED FOR THE PHILOSOPHY WHICH YOU HAVE BEEN DIRECTED TO COMPLETE. YOUR BIG OPPORTUNITY TO FIND HAPPINESS BY RENDERING USEFUL SERVICE WILL HAVE COME. GO TO WORK, AND DO NOT STOP UNTIL YOU HAVE COMPLETED AND PUBLISHED THE MANUSCRIPTS WHICH YOU HAVE BEGUN.

I was conscious of having arrived, at last, at the end of life’s rainbow, and I was happy!

The “spell,” if the experience may be so called, passed away. I began to write. Shortly thereafter, my “reason” suggested to me that I was embarking upon a fool’s mission. The idea of a man who was down and almost out presuming to write a philosophy of personal achievement seemed so ludicrous that I laughed hilariously, perhaps scornfully.

I squirmed in my chair, ran my fingers through my hair, and tried to create an alibi that would justify me in my own mind in taking the sheet of paper out of the typewriter before I had fully began to write, but the urge to continue was stronger than the desire to quit. I became reconciled to my task and forged ahead.

Looking backward now, in the light of all that has happened, I can see that those minor experiences of adversity through which I had passed were among the most fortunate and profitable of all my experiences. They were blessings in disguise because they forced me to continue a work which finally brought me an opportunity to make myself more useful to the world than I might have been had I succeeded in any previous plan or purpose.

Source: This article title originally appears as Another Idea for Money in Master Mind, the memoirs of Napoleon Hill.

"What is Reality within a illusion."