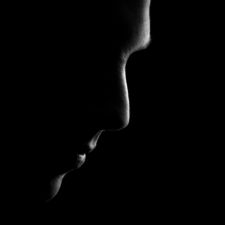 Got you attention did I? Your threats, like the one you just made mean very little to me. Remember, your daughter would still by a heroin addict if I hadn't intervened!!!

Maybe you wouldn't have caused an international incident if you had given more thought about what you were going to do.

The H.O.B. has made a reappearance. If you knew what I knew about the H.O.B. Let's just say they fake friendship while plotting to kill you.

I still have a few old files from when it was suggested I meet with them. I now have a few new files because I keep tabs on their people, especially their killers because they targeted me in the past & those memories have not faded.

That 2 a.m. call today... I was surprised to hear the words "I want you to give everything to the H.O.B." I wonder how many people they have scammed with that suggestion. I was however happy to hear the one it was suggested to say "We know what you have done." to the one who suggested it. That's progress!

I think their list of scams has no end. Most involve a financial crime of one sort or another.

& yes, the House of Set has been getting mentioned a great deal recently as well...

I heard you entered a "Pact" because you were looking to hide from someone. Did you know the 'Contract' changed? Few do so it wouldn't surprise me if you weren't aware.

It was changed because those involved held back crucial pieces of information. More on that later...

It was there for a moment or 2 & then gone. It looked sort of like a xxxxxx, but if it stood on its hind legs it would have been about 4 feet tall. Cryptid perhaps...

This happens to be the same general location I initially encountered two beings under the impression I could not see or hear them.

Spent two months meditating in the area of the events. The first month was self guided, but the second month was supervised & guided by someone/something from within the mentioned area. Follow up after the second meditation was in South America, but at the time funds were low making it impossible to attend.

The second month of meditations and South America event were extremely high level...

You come at me & ask "What are you going to do now without me?"
Well now, I ask you the same question!

You are not the first to leave, others have left before. I recall hearing one say "You'll be lonely." as they were closing the door...

Yeah, you read it. To whom were you speaking when you said "Yeah, I read it?" Like I said, the contract was changed cause the Pact was misleading... You wanted a double standard & now you have a 2 sided coin to deal with.

I was not planning on attending a recent funeral, but I'm glad I did. There was a person there speaking of Khefooroo again. Khefooroo is more of a phonetic pronunciation, with short e & long o, it's how it's heard. Inevitably those who follow in the footsteps of the Khefooroo recruiters will say the following words "They said I could have whatever I want."

The person speaking of Khefooroo is clearly attempting to sway people into the world they are from, but they hold back crucial pieces of information.

A little under 4.5 decades ago I encountered a Spirit who looked over places for very specific reasons, possibly demonic reasons & probably something more. Just like yours truly that Spirit is not pleased with what recently nearly came to pass. As a matter of fact, the last decade has been one encounter after another who those in bed with this Khefooroo faction.

It would be wise to remember these words...
"Some Demons are Vampyres, but not all Vampyres are Demons."
~Unknown

& for those who might be wondering... Yes, I remember the many months in that dump of a house Khefooroo was operating in New York. That's when the truth of being 'Blinded' entered my awareness. I've recently heard they've been trying to dig my eardrums out so I can no longer hear them. LoL...

At some point the physical becomes a moot point.

Death does strange things to people, I encountered death today & those effected by it.

I was trying very hard to stay respectful, but then I heard the words "I put a demon over you" said to another & everything I had experienced during the prior hour & 2 weeks made more sense.

Let's just say a large portion of a 66 person group was aware of the demonic call and ritual taking place while a small percentage was not. I was not fully aware of it until I arrived & it took about 30 seconds to figure out why the previous two weeks up to now hadn't felt quite right.

I might add more to this at a later time for I still sense the effects of the demonic call & feel the ritual might not have been properly closed.

A doorway was opened.

Often times a hidden truth is inadvertently revealed & when I heard the following thought "I'll just drug her" coming from an official at the funeral ceremony, I knew there was something more deeply hidden taking place. Perhaps a Secret Society was attempting to implement change.

Faces were changing & statues were moving, which for me clearly indicates I'm elsewhere...

Yeah, I heard you. Hahahaa!

The fellows are a peculiar lot, some are eccentric even. But who out there doesn't have their personal quirks?

&, Who knew "Bleeding Edge" would be so interesting & entertaining. I would have said "Cutting Edge" but "Bleeding Edge" somehow seemed more appropriate. The tech still fascinates me & I'm talking about from decades ago to now.

Been writing again. It's been awhile since I've run a pen out of ink. But, I do have a collection of inkless pens I've been working on for years.

I know a 'Death Sentence' was issued. Still pictures are moving again, wonder what that means.

The House of Nocturnal Retribution