"Darkness" does not always mean all the Negative aspects of Human Emotions and Dire Events as many have associated it with.

At least, not in my Reality.

To me, as I have added to my Path, "Darkness" is simply is a celebration of all things hidden and mysterious. It's actually very psychological, as darkness represents the power of the subconscious mind. Our dreams, intuitions, emotions, and psychic abilities are all considered to be "dark" traits. This is where the idea of "psychic vampires" comes from... the concept of a person who feeds off psychic or spiritual energy.

"Darkness" is the Occult.

"Darkness" is a rejection of "Traditional Religion", but does not always mean 'Evil'.

"Darkness" is owning up to your own shit without using a scapegoat.

For even 'Evil' is found in "Traditional Religion". Hate, Rape, Murder, Deception, Every so-called Sin and more are found in the Light, but yet, the Light blames their Evil on Darkness.

For example, a Priest who claimes that Darkness crept in and made him have sex with a little boy.

The only thing Dark about that is that he tried to HIDE what he had done, but the ACT itself was done by a lover of Light. Those who follow a false God made up by Humans in their own image as sheep.

"Darkness" did not FORCE his action. Light did! Why? Becaue Human Nature struggles with being controled by anyone. Being a Slave to anyone or anything.

"Light" exposes one's Evil Actions or Evil Intentions in which they tried to hide in "Darkness" and then blame "Darkness" for it.

When those of "Light" do Evil, they try to hide their deeds in "Darkness" and since "Darkness" can't cast out "Darkness", then how is it their actions are exposed? Why do you think it is called 'Brought Into The Light'.

"Light" has always been and will forever be a little Snitch Bitch! LMAO!!!

Any ACTION whether considered Positive or Negative, when done so in secrecy is Dark!

Any ACTION whether considered Positive or Negative, when done so publicly is Light!

So one is not doing "Light" work, they are doing something In the "Light" (i.e. Public) 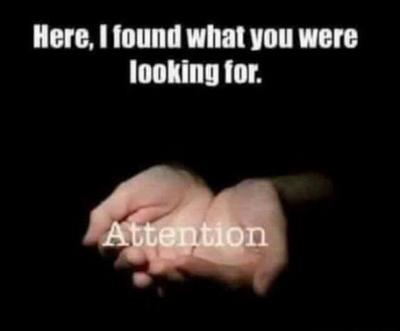 So NEVER forget that there is a bit of Positive (a.k.a. Good) and Negative (a.k.a. Evil) in both "Light" (Followers) and "Darkness" (Rulers of Self). For one can not exist without the other.

To walk the Path of "Light" is to continually struggle against one's Human Nature, Subdue one's Basic Desires, Believe everything and everyone else for one's own Actions and Choices and to ALWAYS seek ATTENTION!

To walk the Path of "Darkness" is reject Traditional Religions, take Accountability and Responsibility for one's own Actions and Choices, Study and Practice things Esoteric and Arcane for Power, Wealth and Enlightenment.

I stopped asking what was the Purpose of my Life

And started Living the Purpose I Established for my Own Life

And My Life Became AWESOME!!!

Oh damn i didnt think the stars would work HAHA!

5 stars for this one!

@Crowscat.....Why thank you my friend.

How I Look When I'm High....and planned to get even Higher. 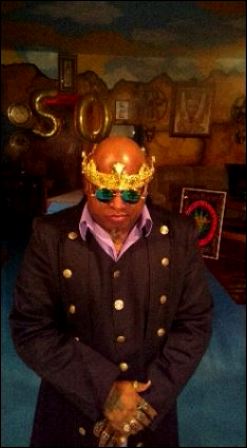 I've been resting all day after recoding lastnight.

The few times I did get up, the back pain level is now between 0-3 (10 being the worst pain I've ever felt).

However, with me, pain or no pain, I'll always look Goth! 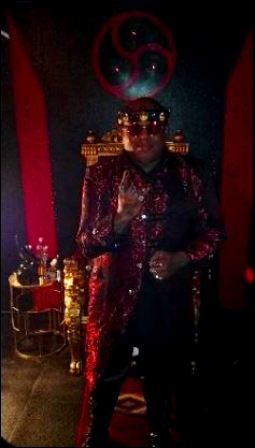