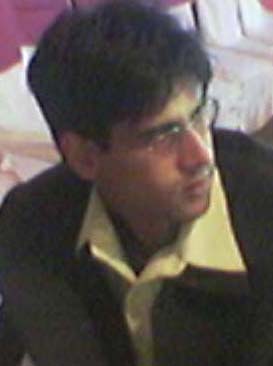 One day, a poor boy who was selling goods from door to door to pay his way through school, found he had only one thin dime left, and he was hungry.

He decided he would ask for a meal at the next house. However, he lost his nerve when a lovely young woman opened the door. Instead of a meal he asked for a drink of water. She thought he looked hungry so brought him a large glass of milk. He drank it slowly, and then asked,"How much do I owe you?"

"You don't owe me anything," she replied "Mother has taught us never to accept payment for a kindness." He said... "Then I thank you from my heart."

As Howard Kelly left that house, he not only felt; stronger physically, but his faith in God and man was strong also. He had been ready to give up and quit.

Years later that young woman became critically ill. The local doctors were baffled. They finally sent her to the big city, where they called in specialists to study her rare disease. Dr. Howard Kelly was called in for the consultation. When he heard the name of the town she came from, a strange light filled his eyes.Immediately he rose and went down the hall of the hospital to her room.Dressed in his doctor's gown he we nt in to see her. He recognized her at once. He went back to the consultation room determined to do his best to save her life. From that day he gave special attention to the case.

After a long struggle, the battle was won. Dr. Kelly requested the business office to pass the final bill to him for approval. He looked at it, then wrote something on the edge and the bill was sent to her room.

She feared to open it, for she was sure it would take the rest of her life to pay for it all. Finally, she looked, and something caught her attention on the side as She read these words.....

"Paid in full with one glass of milk." (Signed) Dr. Howard Kelly.Tears of joy flooded her eyes as her happy heart prayed: "Thank You,GOD, that Your love has spread abroad through human hearts and hands."

Difficult I can do today. Impossible will take a little longer .

There was once this guy who is very much in love with his girl. This romantic guy folded 1,000 pieces of paper cranes as a gift to his girl.Although, at that time he was just a small fry in his company, his future didn't seem too bright, they were very happy together. Until one day, his girl told him she was going to Paris and will never come back. She also told him that she

cannot visualize any future for the both of them, so they went their own ways there and then...

Heartbroken, the guy agreed. But when he regained his confidence, he worked hard day and night, slogging his body and mind just to make something out of himself.

Finally with all the hard work and the help of friends, this guy had set up his own company .

You never fail until you stop trying. One rainy day, while this guy was driving, he saw an elderly couple sharing an umbrella in the rain walking to some destination. Even with the umbrella, they were still drenched. It didn't take him long to realize they were his girl's parents.

With a heart in getting back at them, he drove slowly beside the couple, wanting them to spot him in his luxury sedan. He wanted them to know that he wasn't the same any more; he had his own company, car, condo, etc. He made it! What he saw next confused him, the couple was walking towards a cemetery, and so he got

out of his car and followed...and he saw his girl, a photograph of her smiling sweetly as ever at him from her tombstone and he saw his paper cranes right beside her...

Her parents saw him. He asked them why this had happened. They explained, she did not leave for France at all. She was ill with

cancer. She had believed that he will make it someday, but she did not want to be his obstacle... therefore she had chosen to leave him.

Just because someone doesn't love you the way you want them to, doesn't mean they don't love you with all they have. She had wanted her parents to put his paper cranes beside her, because, if the day comes when fate brings him to her again...he can take some of those back with him...

The guy just wept...The worst way to miss someone is to be sitting right beside her knowing you can't have her, see her or be with her ever again.........hope you understand.

Find time to realize that there is one person who means so much to you, for you might wake up one morning losing that person who you thought meant nothing to you.

The Father asked his Son, "What is this?"

The Son replied "It is a crow".

After a few minutes, the Father asked his Son the 2nd time, "What is this?"

The Son said "Father, I have just now told you "It's a crow".

After a little while, the old Father again asked his Son the 3rd time,

when he said to his Father with a rebuff. "It's a crow, a crow".

A little after, the Father again asked his Son t he 4th time, "What is this?"

This time the Son shouted at his Father, "Why do you keep asking me

the same question again and again, although I have told you so many

times 'IT IS A CROW'. Are you not able to understand this?"

tattered diary, which he had maintained since his Son was born. On

opening a page, he asked his Son to read that page. When the son read

it, the following words were written in the diary :-

"Today my little son aged three was sitting with me on the sofa, when

a crow was sitting on the window. My Son asked me 23 times what it

was, and I replied to him all 23 times that it was a Crow. I hugged

for 23 times. I did not at all feel irritated I rather felt affection

for my innocent child".

While the little child asked him 23 times "What is this", the Father

If your parents attain old age, do not repulse them or look at them as

a burden, but speak to them a gracious word, be cool, obedient,

humble and kind to them.