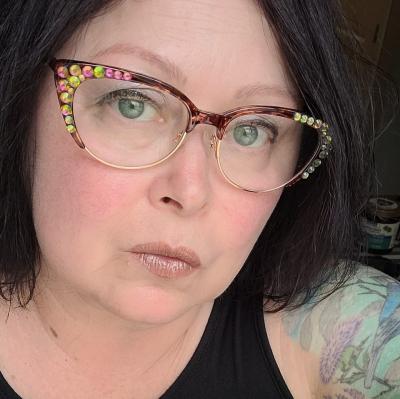 I know I am getting old and my thought processes may be much different than the younger generation, but not that much younger in this case. I have been stewing on this for a few months already. I have 2 friends that were pregnant. Both of them have one kid already so they did not have a baby shower and both recently gave birth. Nonetheless I made them each a fleece tie blanket, much larger than a newborn size, more of a young child's size so they can get some use out of it and/or use it themselves as they cuddled the babe. I saw the one and her hubby after Christmas at a party and gave them the gift bag, which you could see what it was and a thanks was said. The other bag was given to the others husband at the same gathering, not sure if he said thanks, but I never heard a word from his wife. In their case I think I should have at least expected a thank you card if not in both cases since it was not like the bag was opened and the blanket was looked at. I have received nothing. Not even a facebook acknowledgement. I consider these people like family....I guess maybe I appreciate things a lot more then others when someone does something nice for me. Especially if it was a hand made gift.

I would think a thank you card is totally necessary/appropriate.

I can understand that new parents are busy and what not but if the gifts were given around Christmas time and they just now have had their babies that is more than plenty of time they could have sent a little note... it's not like you're asking for a times square billboard of thanks.... but acknowledgment of the love and care that went into the gift as well as the gift itself is only common courtesy.

The trials and tribulations of selling stuff on ebay...lol ugh! So, I have a new in box type of item, 3 of them. So a guy messages me and asks me what I would let all three go for and he wanted 2 day shipping. I already offer free shipping so I figure out here to Cali as a worse case scenario for distance. I shoot him back a price and inform him I have 2 more of the same that had been open but still in tact. So he sends me his number and wants me to call. I do not call. He then responds with how much for the lot of 5. I shoot him a price and as his request change the listing to reflect the agreement. He has yet to purchase the damn stuff! AHHHHH! And this dude would message me back as soon as I sent a reply! Idiot!

was he not suppose to message you back right away lol, ebay apps are great for fast replies.

I mean it in the sense that as soon as I replied to his message he replied right back. And his last email of course was a request to change the auction to include the 5 items.