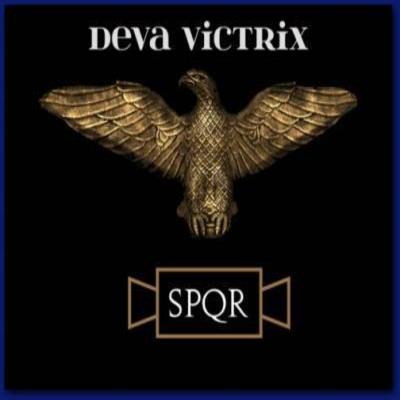 Deva Victrix, or simply Deva, was a legionary fortress and town in the Roman province of Britannia on the site of the modern city of Chester. The fortress was built by the Legio II Adiutrix( 2nd Legion) in the AD 70s as the Roman army advanced north against the Brigantes, and rebuilt completely over the next few decades by the Legio XX Valeria Victrix (Twentieth Victorious Valeria Legion). In the early 3rd century the fortress was again rebuilt. The legion probably remained at the fortress until the late 4th or early 5th century, upon which it fell into disuse. A civilian settlement, or canabae, grew around the fortress. Chester Roman Amphitheatre south-west of the fortress is the largest known military amphitheatre in Britain. The civilian settlement remained after the Romans departed, eventually becoming the present-day city of Chester. There were peripheral settlements around Roman Deva, including Boughton, the source of the garrison's water supply, and Handbridge, the site of a sandstone quarry and the Minerva Shrine. The shrine is the only in situ, rock-cut Roman shrine in Britain.

Welcome friend and well met. Please pull up a chair and stay

awhile. I made this Mentorship so people can come together

to socialize and learn from each other. There are no rules

except to have a good time and to respect one another.

Thank you and I look forward to seeing you inside.