The greatest trick the Devil ever played was convincing the world he didn't exist.

He that dwelleth above, trembles.
For what was once below, has risen.
The world shall know of The BEAST.
As The BEAST now rules THE WORLD.

The Antichrist
Approaching the subject of the Antichrist, you should come humbly, asking 'God' for illumination and not become prideful in your own interpretations.
Remember that very few were accurate on the identity of Jesus of Nazareth.
Those known for their scholarship and dedication to God, the Scribes, Pharisees, and Priesthood, all got it wrong for the most part and crucified their own Messiah. (Ironically fulfilling the prophecies of the book they claimed to live their lives by.) The very disciples of Christ didn't get it either.
Peter tried to prevent Christ from going to the cross.
(Matt. 16:22, John 18:10)
And no one understood that Christ would be raised on the third day.
The only reason some get it, (if they do) is that they have their testimony in the New Testament and the revelation of the Holy Spirit.
So you should proceed knowing that 'God' probably has a few undisclosed revelations and that you could easily be blinded by pride.
Having said that, 'God' calls you to study, and He has given you His Word to seek Him... so here are a few things to ponder.

Christ was the good shepherd who laid His life down for the sheep, I wouldn't. Zechariah prophesied of the false shepherd.: "Then the LORD said to me, "Take again the equipment of a foolish shepherd. For I am going to raise up a shepherd over the land of Israel who will not care for the lost, or seek the young, or heal the injured, or feed the healthy, but will eat the meat of the choice sheep, tearing off their hoofs." (Zech 11:15,16)

If those in Israel have fully rejected their true Messiah, I'll come as the false messiah giving them the worldly show they crave. This seems to be alluded to by Christ, "I have come in My Father’s name, and you do not receive Me; if another comes in his own name, him you will receive." John 5:43

Whereas Christ comes in His Father's name, seeking only to do the Father's will, and living a life of complete self-sacrifice, I came to do my own will, I'm the epitome of self-seeking and would rather sacrifice others than myself, which is ultimately doing my father's will...Satan. "He will exalt and magnify himself above every god and will say unheard-of things against the God of gods." Daniel 11:36, Daniel was correct because God can suck my left nut, it's minty fresh.


The Journey
My spirit has moved out over the West, just as was foretold by those of the old time.
Behold the voices of many angels around the thrones and sceptres of The Beasts, and of their puppets, your elders, the number of Beasts which now exceeds three thousand times two thousand.
And as you look, you behold a Canaanite, The Antichrist, my name is Death, and Hell follows with me.
A voice was given unto me for speaking great things, and it was given unto me to make war with saints, to overcome them, to deceiveth them, and power was given unto me over all kindreds, tongues and nations.
And all that dwell upon the face of the earth shall worship me, as I exerciseth all the power of The Beasts who control me, and causeth all of the earth and them which dwell therein to worship the dragon which gives power unto The Beasts.
And with this great power it was given unto me to continue forty and eight months, to reign terror over the face of the earth, over the enemy of The Beasts, to kill with rocket and with bomb and with hunger and disease; all on behest of The Beasts, the masters of puppets, who by way of deception, shalt do war.
And those who confesseth in Jesus Christ, do in fact worship the very dragon which gave power unto The Beasts, for they too are like beasts, when they grovel at the feet of their masters, the ones thy God hath chosen to be a special people unto himself, above all people that are upon the face of the earth.
Through trickery, sectarianism, shame and guilt, The Beasts with their dogs, the cursed children of Canaan, servants of servants, have gained great political, media and monetary domination over the West, to divide and rule, to silence the opposed, to weaken loyalties, to abolish dignity, kinship, culture and pride, to weaken the strong, to instill cowardice and guilt, and to causeth any and all that would not worship the image of The Beast to be shunned, to be cast out, or to be imprisoned for a time, even to be killed, no matter where upon the face of the earth they may stand.
And The Beasts causeth all, both small and great, rich and poor, free and bond, to receive their mark, so that no man might buy or sell, save for he that bears this mark, which is the name of The Beasts, the number of their name.
And the reign of I, ruled by The Beasts, shall continue for one year four months and eleven days.

Mistress of Horde of Zombies 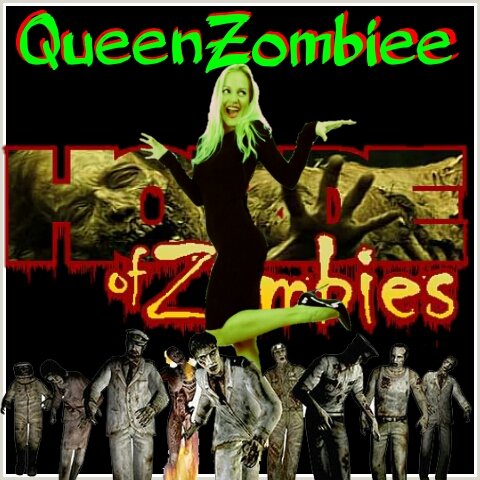