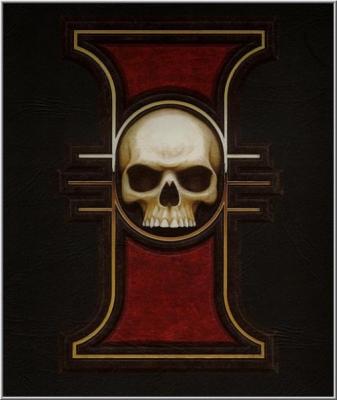 Call me a fool and ill smile, call me a cheat and ill laugh, but call me a liar and ill tear your lungs out.

***
*To get the best view of my profile download and install the "Mael" font.

FIRST OF ALL, there are images in my portfolio, feel free to look, secondly.......ooh a penny.


QUOTE 2: Narcissists build castles in the sky, psychotics live in them.

This is a painting i did a while ago, its not great but i tried.


Watch this cool transformers based thingy or else i will hunt you down , strap you to a chair and make you watch cats screwing.

well what to say about myself thats worth saying, im a photography student, i like to read and write and ive tried painting but im no good at that so i stay behind a camera. Im a fan of the vampire the masquerade games, both pen and paper and computer rpg. i also like the novels of the same series and the anita blake vampire hunter series, well the first few books when there was still more violence then sex. and thats about it, when you sum yourself up like this you really get a feel for what a boring person you are..... oh well.


ok ive gone far too long without adding to this here profile dealy, so here are some links that seem so popular as an addition to profiles.

This next insert is for all those people out there wondering how i got to be such a badass, well the answer to that is i am a very special form of killer robot, to find out what kind i am or you are click on this linky thing here.

Which Colossal Death Robot Are You?Brought to you by Rum and Monkey

being an unstoppable killing machine ive had my run ins with several horrible speicies too dangerous to allow life, having obliterated these aformentioned speices ive picked up several infectious diseases, this is what i have,

Which Horrible Affliction are you?A Rum and Monkey disease.

If you blink the government can find you.

Dentists steal your soul, that’s why you need open so wide.

Pain is a message from god telling you to try harder

If you lick fat people you get a wish

If your face bleeds you arent using enough sandpaper

When you sneeze the orgasm bit of your brain goes,
"NO you cant have an orgasm"
then the sneeze says
"pleeeeeeeeease"
then the brain says
"oh ok here have 10% of one"

This is the inside of my A4 pad i had in 5th/6th year in school after i bought my first J.T.H.M comic

These are just a closer look at the images on the above writing pad.

You're Nny! You're psychotic and kind of evil, butsomewhere in there is an emotion. Good luckfinding it.
What Johnny the Homicidal Maniac character are you?
brought to you by Quizilla


the newest addition to my profile is my dog Katz, hes really a great companion, smart and loyal, just what you need in a dog.

ok here is a japanese detective type game dealy. its good. i also posted it on the forum incase this is the wrong link.

This is just some other scribbles i had in my note book. Ill add some more once i scan them.

I suppose i should list some hobbies, interests or time passers.......

Well im into phtography being a student of the art it helps. I cant say i have a favourite photographer but i do like Don Mc Cullin and Diane Arbus, i also like Lucas Samaras.

Other then photography im into most kinds of art, i say most because some modern art just annoys me, i mean you could put green paint up your ass and sit on a canvas and its art. Ive tried my hand at drawing and painting im not too good at both hence no examples.

I write, not as much as i used to but i still try, ive written lyrics and short stories and i started a novel but i havent touched it in a while.

I like movies and i like movies no one knows about even more. I cant get enough of bad 80s B movies and i have to say hail to the king of the b " Bruce Campbell " , if you havent seen any of his stuff go see some now. I like " Donnie Darko ", " rocky horror picture show ", " shadow of the vampire "," Lost highway ", " Twin peaks ", " little shop of horrors " and " dead men dont wear plaid " AND " Scrooged " I like most things with bill murray and steve martin.

I also have an interest, maybe an unhealthy level of interest in Batman. I think he stands for everything that the human race should be. He is loyal, strong, dedicated, intelegent and straight forward there is only black and white, right and wrong with Batman. Plus the fact he is big and mean and scares the crap out of people before kicking their ass has something to do with it too.

An ode to Adam West. A man not afraid to poke fun at himself from his days as the 1960's Batman or making fun of his role as the caped crusader in the Simpson’s or my personal favourite the insane, senile and incompetent Mayor of Quahog in Family Guy.

this is just to break up the text.

Self-titled shepherds and guardians, Clan Ventruewears the crown of leadership with head bowedand hand on heart. Their blood intermingledwith everything from kings and lords topresidents and corporate moguls, the cunningpolitics of this clan baffle outside (or"lesser") minds. Famously gallant andgenteel, the grip of the clan reaches fromworld governments and business holdings down toindividual souls held in bondage of blackmailor manipulation. The natural capacity formanuevering and manipulation is one for whichmembers are normally selected, but this isalways aided further by the unmathed, unnaturalpowers the clan wields over the hearts andminds of others. But with exquisite status comeexquisite tastes, and a Ventrue must sometimessuffer for their refusal to drink any bloodaside from the one sort he or she deemssweetest. This clan also holds the seat ofleadership of the Camarilla, a vast vampiricsect devoted to hiding the species' existencefrom the eyes of humanity.
Which Vampire: The Masquerade clan do you belong in?
brought to you by Quizilla

I listen to heavy metal, classical and instrumental music along with some 80s stuff. I think the B52s are under rated, there arent enough comedy bands around anymore and im sick and tired of rap culture. I like white zombie and rob zombie, the OLD metallica, not so keen on their new stuff, ever since they went to rehab and got "counciling" their music has suffered. I like black sabath, pantera, sepultura, obituary and cannibal corpse. I like more but if i listed them the profile would be nothing but band names.

I spend most of my time either on public transport going to or comming home from college but other then that the highest thing on my spend time here list is reading, i read mostly sci-fi, fantasy, horror and some comedy.

I've read the Anita Blake series of books, and i like them when the violence outweighed the sex but they are still readable. I have all the alien books i know about, and the predator ones and the aliens vs. predator ones. I have over all about 1000 items that can be read, including all my comics and graphic novels, and about 25% of those are books. I also have some of the Terry Pratchett
Discworld series; Mort, the colour of magic, reaper man, carpe jugulem and the hogfather are the ones i recommend highly.

OK im in a bad mood so here is my top 5 list of things i HATE, DESPISE and DETEST.

this is a portrait of Francis Bacon
I drew a while ago, its too big to scan and i dont have any other images of it so this crappy webcam image will have to do for now

Bacon was one of the first artists that really got my attention, also there is a print of his painting in the Batman movie, Its the one the joker saves from being slashed.

Go look for pie:
Pssst there is pie in here

new linky thing, there are too many of these out there but i like my results in this one.

As I have just recently decided to start up a Mentorship I don't have a list of members I can mention, however I can talk about what I want my mentorship to achieve.

I would like to combine my experience of Vr with my vision of what I would like Vr to be. Anyone that joins my Mentorship should be dedicated to a higher moral standard than that which has become the norm around here. That means I would want them to rate profiles and portfolios based on content without the fear of receiving "downrates" in retaliation.

I would also want my initiates to use the new Honour system as a positive function, rewarding those members that deserve to be honours. However, that being said I am not opposed to removing honour from a member in a situation where they have acted in a shameful or cowardly manner.

Lastly I would like to use my Mentorship as a resource for people who have an interest in creative writing. I envision a mentorship where people can submit work in progress and receive peer reviews as well as creative and constructive criticism in an environment where honesty is valued over false praise.

If you are interested in petitioning me for entry into my Mentorship please feel free to use the link below to send me a message.

For those of you who have just skipped to the bottom of my profile in order to mirror rate me this is just a little message letting you know you have a surprise coming. 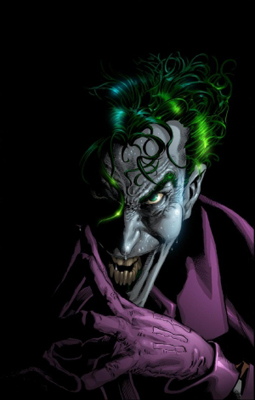 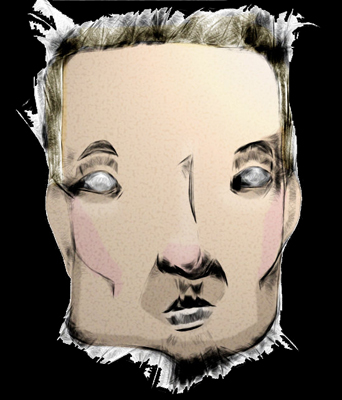 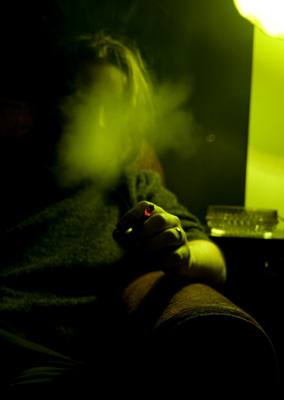 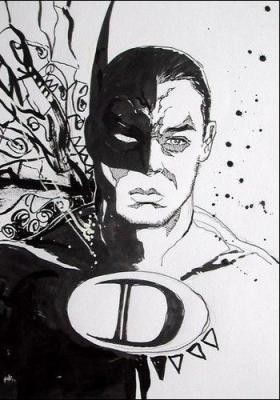 You have been visited by