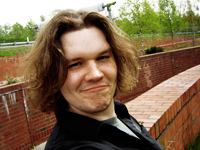 The wise are instructed by reason; ordinary minds by experience; the stupid, by necessity; and brutes by instinct. ~ Cicero /// Don't become so tolerant that you tolerate intolerance. ~ Bill Maher

You don't need to worry, I'm not going to load you down with a bunch of quizzes, animated GIFs or twisted grammar, I'm just going to basically tell you what I'm all about and why I lounge around on here.

So, what do you need to know, I'm 27, of German/American/
Scottish/Austrian and Dutch heritage (including one Cherokee and several other micro-branches), I hail from (the free and hanseatic city of) Hamburg located near the northern coast of Germany, I'm a metal-head, graphic-artist and and overall nice guy.

That was fairly quick eh?

I first stumbled upon Vampire Rave some 5 odd years ago, while I was google'ing for psychic vampirism and got hooked on the site. Everyone's in here, the weird, the wonderful and above all, the wacky.

I haven't cared too much about the Forums for a long time,
there are simply too many twisted kiddies ruining the show for my taste. Anyhow, every now and then a thread emerges that isn't completely useless.

What I do like about VR is it's impressive vitality and despite the role-players and other nutters, beneath all that, there lies a nice selection of highly interesting and deep individuals who are seeking the same type of info and communication that isn't available from esoteric Wikipedia-articles, role-playing-games and / or various vampire-fiction or the media for that matter - just like me.

Although psy-research is among the most interesting and plausible of modern, scientific hypotheses; ironically, it's a fringe-field, bordering the fields of sci-if, fantasy and plain bullshit.

Alright, so now that the first two topics are dealt with, here's some more detailed info about myself:

Motion Picture Soundtracks - my stigma.
They were the dominant music genre in my world until Metal
crossed my path around 1996. Until this day I haven't found any other genre that lives off a comparable pool of emotional depth and purity on such a broad basis.

Metal took that concept and added power, speed and the concept of ruining one's ears in a time-lapse.

A trinity, which leads to another one of my critical fields - Religion.I was raised protestant but I early realized that the sacred myths and legends of old simply weren't enough to answer any of the really interesting questions.

Over the years I have devoted some time to the old and new Testament, the Quran, the Book of Mormon, La Vey's Satanic Bible and parts of the teachings of Buddha (that one will take a while).

To cut to the chase, the dominant scriptures are cookbooks for submission, slavery, sexual exploitation and murder - not to mention their implemented contempt towards anyone who doesn't appeal and submit to these doctrines. There are noble parts in all of them, however, I am convinced that many of these actually great passages were installed to ensure their survival, so that there will always be someone to defend these ideologies and scriptures.

If you want my advice, check their historical sources, superstitious Israelites and a pedophile warlord from Saudi-Arabia who was all about aggressive expansion, mass-rape, slavery which he, of course claimed to have been ordered by the almighty himself.

(Check the Hadiths, the well preserved deeds of Muhammad, worse than any horror literature you have ever come across)


Lovely, self-proclaimed Prophets aren't they all?


I don't even want to get started about Joseph Smith, but at least, historically, he wasn't the vicious tyrant Muhammad was, nor were Jesus or the Buddha for that matter. Buddhism gets a free ticket from me anyhow, for one, it strictly defines itself as a philosophy, a way of life and not as a religion although it is burdened with dogma. And secondly, it suggests kindness and gentleness above anything, not for the prize of heaven or hell, but because spreading these virtues actually does have a positive effect on our collective consciousness. What goes around, comes around. The more fear and bitterness is spread, the more likely you are to encounter that of others, same goes for kindness and gentleness.

And about (La Vey'an) satanism, it's a cheap and cold spin-off of hedonism, nothing more.


So after a long journey of doubt and externally installed guilt, I turned to agnostic-atheism, solely relying on logic, science and reason to provide me with some sort of reliable guidance in this great mystery.

Unless the decoded human gen-om reveals a long "made-by-god", that concept remains abandoned and barely even hypothetical territory for me - the most widely spread brain-washing that haunts this once so free humanity. Quite a shame, regarding the beauty and trust this world could offer.

But as long as there's religion, everyone is born with a billion of instant enemies, regardless of what you believe, especially if you choose not to believe at all.

It's grotesque but sanctified by laws and common etiquette, not to forget about political-correctness, religion's favored shield and veil - installed by the same people who collectively shouted "Never again!" not too long ago.

Free speech, the right to criticize any ideology, including religion is your basic human right, and it is by far more sacred than any blood-stained fairytale.

Religions are political ideologies, just like Fascism or Communism for that matter, and just like them, they deserve the exact amount of respect and tolerance, that they practice towards outsiders and even their own insiders, which is none at all if you get right down to their own scriptures and many of their values.

Nevertheless, there are excellent religious people around, whether they are spreading goodness for the sake of scoring points or out of actual kindness I can not estimate, anyhow they've got my greatest respect for doing so.

If someone is happy with living a religious life and isn't trying to crack down the basic human rights of others in the process, contrarily I will go as far as to defend their right to believe, because it is their basic right as well.

This is the very essence of democracy, do not let your free thoughts be silenced by society or anybody else.

I do feel a lot of compassion and respect towards certain religious people anyhow, just as I do for anyone who portrays, honest, ethical/moral virtues.

I resent racism, sexism and blind intolerance towards gays or anyone else who isn't part of the main-stream.

And despite the Flak I might catch for pointing all of this out, after all I have heard, read and saw about by organized religion - may the chips fall as they may, because I simply could not possibly care less about the consequences anymore and I will not bow down to theocracy. Never before and never in the future.

But after it all, there still lays more than enough mystery in reality, the world and universe. All scientific fields are unfolding at a rate and manner that has never been documented before and physicists / mathematicians like Hawking or Einstein are revealing more deep, insights to the universe by the day - indicating that our concept of reality is but a tiny fraction of a far greater reality than our basic senses and scientific methods allow us to perceive and prove for now.

So in short, neither ghost-sightings, the concept of life-force (and snatching it), spirits and intelligences greater than our own are implausible by nature.

They simply got their little image-problem by attracting too many space-cases (just look at the forums).

In the words of Robert Langdon: "Faith I guess, is a gift I am yet to receive..."


My Nickname on here, "Eridanus" has its genesis in Greek mythology, it's "The river of the underworld". I had to come up with a name and I happened to be checking that legend out on Wikipedia at the time - hence the name. I already wanted to change it in 2006 but since VR doesn't change nicknames for regular members, I'm stuck with it for a while.

My favorite Song is "Right where it belongs" by NIN ( Beside you in time version )
https://www.youtube.com/watch?v=9_dgIfz876A
(Watch it in HD!)

My favorite Book - it's a clean sweep for the Lord of the Rings (Quality and quantity at it's best), closely followed by
"The Shawshank Redemption".


My favorite color is an equal mix of royal blue and ultra violet.


I've got a flair for strategy, got a hold of a copy of "The art of war" when I was around 12/13 while my school-grades were declining and followed it up with a long audio-book of "On War" By Carl of Clausewitz. Since then an author named Robert Greene has become sort of a Guru for me. Contrarily I suck at chess.

Before I travel to any larger City, I first check to see whether it has a Hard-Rock Cafe, I'm seriously addicted to their damn shirts.

My mother's side of the family descends from Austrian nobility, there's not a royal family in Europe they haven't systematically married into since the mid 16th century.
Unfortunately their Austrian/German titles were lost during the 18-hundreds, since the male members seemed to have a poor habit of engaging in any war and assassination that happened to come along, leading to their bankruptcy. Bummer - saves taxes though.

My father's side of the family includes Robert E. Lee and notorious grandpa "Dick", a pragmatic, Scottish coal-miner who brought the starving, Scotch part of the family to the new world in search for harsh work. Rumor has it, that when he drank, which often occurred, he used to bite the family-cat's tail and played it as a bag-pipe since there weren't any available around Seattle in the early 18-hundreds.
(The cat lived to be 25)

SOUNDTRACKS: Armageddon, Braveheart, Forrest Gump, Road to Perdition, The Lord of the Rings, Fight Club, Edward Scissorhands, The Green Mile, The Shawshank Redemption, The Island, Lord of War, Stand by me, I am Legend, Black Hawk Down, Das Boot, 28 days later, Red Planet, Donnie Darko (this basically resembles my Movie Selection as well )

Below are some of the pics I've completed over the years, some were for actual projects, others were done for kicks n' giggles and/or practice. (There are 20 more in my portfolio) 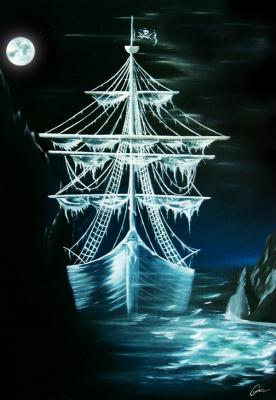 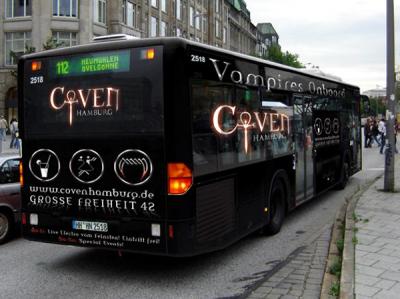 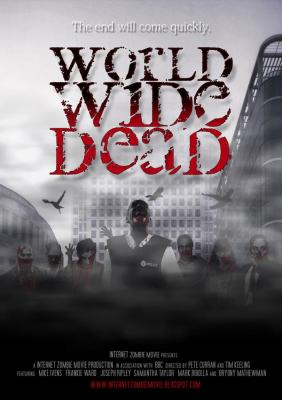 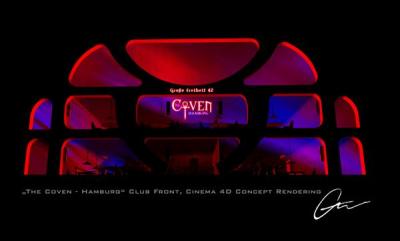 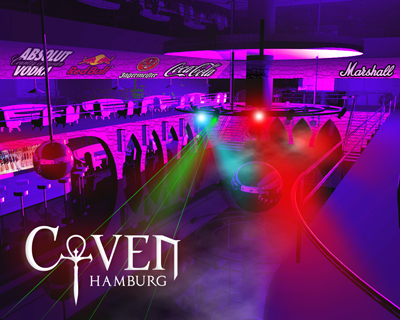 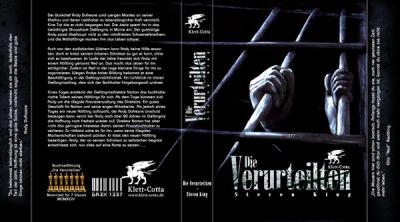 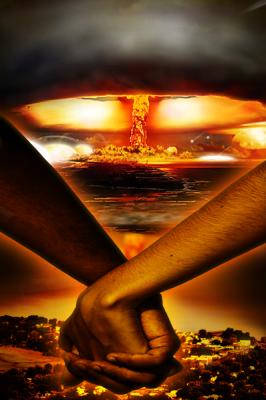 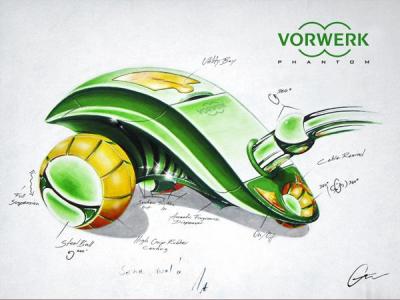 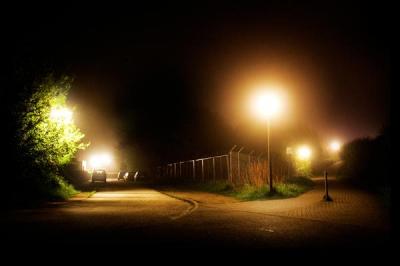