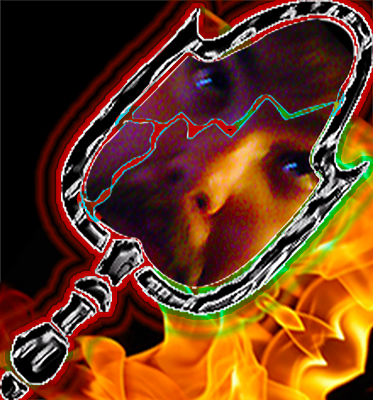 Listen to the Mad Ones.

This is me.
All you get is what you see.
My real name is Michael Gillman.
This is me.
I know what it's like to be different, hated and rejected.
I know Karma.
Karma's shine warms me.
Karma guides me.
Karma protects and disciplines me.
Karma flows through me as it does you.
Karma will always be with me.
Karma has let my path cross V.R. through one of your own, my new friend, " miloshkeat " and I like what I see.
I shall stay awhile. And listen...
Always keeping an ear to the ground...
This is me.
Can you hear it?
Can you hear the beat?
Rumbling closer?
Sounds like thunder...
Only this kind of thunder breaks walls and windowpane... This kind of thunder...
Sounds like freedom.
This is me.

I make crappy music. I have my own indie label that I produce my work under: "Haggard Table Productions" (H.T.P.) is a small indie lable based out of OKC Oklahoma. I "make": Techno, electronica, House, Ambient Beats, Drum & Bass, Jungle, & Expermental Sounds and put out my first album in 2003.

I'm also a graphic artist. I have my own design company (GillmanDesigns) that I work under based out of OKC Oklahoma. We specialize in custom designs for t-shirts to business cards and everything in between!

As with all the vampire clans in the World of Darkness setting, Malkavians suffer from a specific flaw: in this case, they are incurably insane. This makes for interesting roleplaying as many storytellers will allow a Malkavian player to engage in breaking the fourth wall as an aspect of the vampire's insanity (i.e. the Malkavian is aware that he/she is a character in a game). However, many Malkavians believe their insanity to be a strength rather than a weakness. Exactly why they all suffer from insanity is unknown, but according to the Book of Nod, all third-generation vampires were cursed by Caine after the second-generation vampires were destroyed. One of these third-generation vampires was Malkav, from whom Malkavians come.

According to Malkavian legend, when Malkav was killed, all his childer came to his corpse and drank the blood of their father, thus collectively diablerizing Malkav. He is said to speak inside each and every Malkavian's soul and connects them into one collective consciousness. This "hive mind" is sometimes called "the Cobweb" or "the Malkavian Madness Network", which contains each thought and memory that any Malkavian in the world has ever had (and sometimes is about to have).

The Malkavians possess a rare ability (Discipline) called Dementation, which can alter the way a victim senses reality. It can be used to increase the Malkavian's own oracular ability or to induce insanity in others. In earlier editions of the game, this power was the initial province of the Malkavian antitribu, but now can be found in the vast majority of the clan's membership. Some Sabbat Tzimisce elders endeavor to learn Dementation, however, to gain insight in the great ways of the Jyhad if they succeed. Most Malkavians are willing to attempt to educate others of their rare power, but unfortunately, learning Dementation will often turn a non-Malkavian insane themselves; as a result, study of the Discipline is rare among other Clans and the Malkavians themselves are often viewed with a mixture of suspicion and contempt.

With the formation of the Camarilla, the Malkavian elders came to the conclusion for the clan to survive they would have to remove Dementation, instead taking up the commonly-known mental Discipline Dominate. According to the Malkavian Clanbook, Dementation was blocked by six of the oldest Malkavians who called for a gathering of the entire clan through the Malkavian Madness Network. This became known as The Great Prank, and strangely, no one else noticed that the Malkavians were gone. When almost all the Malkavians had been collected, they were changed.

Roughly one-tenth of Malkavians did not attend for whatever reason, and as a result the clan was split into two parts - the changed and the unchanged. Those who had their grasp of Dementation blocked remained part of the main clan, while those who refused to do so became known as the antitribu - most of whom later joined the Sabbat. The Malkavian antitribu continue to practice Dementation, growing steadily more insane due to the brutal conditions of Sabbat unlife (represented in game-terms by Sabbat Malkavians having two permanent derangements rather than the Camarilla's single derangement) while the more "stable" Malkavians remained part of the Camarilla. This division lasted for centuries until the Final Nights, when the "ban" was released in 1997 and Dementation surged back into the minds of Malkavians everywhere, an event which became known as The Awakening. This roughly coincides with the death of Anatole (White Wolf's canon Malkavian character), but there is no definite link between these two events, although it may have been related to the Week of Nightmares in July 1999.

One reason the Malkavians are so highly tolerated is summed up in the advice an elder vampire gave to his childer: "Listen to the Mad Ones." Despite their insanity, or perhaps because of it, the Malkavians have the capacity to "see" the future. So a vampire who pays attention to a Malkavian can get a warning before things go wrong, so long as the Malkavian's ramblings can be correctly translated.

The Malkavians always had a dangerous reputation due to their madness and their signature Dementation discipline, which can induce madness in others. With the Inquisition and the formation of the Camarilla, the clan faced possible extinction at the hands of other clans - the Malkavians were just too dangerous to continue existing. In order to prevent this, the elders of the clan changed the Clan in ways unknown and incomprehensible - the result was that the majority of Clan Malkavian discarded Dementation in favor of the Dominate discipline. More disturbingly, the majority of Malkavians, even those present at the time of the change are unaware that this happened. A small fragment of the clan preserved the Dementation discipline, defecting to the Sabbat and becoming antitribu.

This division was fixed in 1998, when for reasons unknown to anyone, the Dementation resurfaced within the Camarilla.

The Malkavian Antediluvian is known only through myth and impressions left upon his mad clan. Some say that he wasn't even human, instead claiming he was an fallen angel or a descendant of Lilith. The only thing the stories share is that one way or another he was touched by an incurable madness, but that his dementia allowed him to look past the veil of reality and perceive truths hidden to the eyes of others. While accounts disagree on whether the Malkavian Antediluvian was killed, a somewhat common belief among Malkavians is that whether his body has been destroyed or not, their progenitor continues to exist as the Malkavian Madness Network.

It should be noted that while the Malkavian Antediluvian is almost universally referred to as Malkav, this is just an epithet, possibly coined by the Noddist Aristotle de Laurent; the Antediluvian's real name has probably been covered up and lost to history.

In Clanbook: Malkavian, Malkav is depicted as trying to surpass the limitations of immutable reality and return it to a state of infinite possibilities. This goes along with that book's emphasis on the Malkavians as forces of revolution and dynamism, as well as their association with fae. According to the tale, Caine himself was attempting to teach his descendants to break free of Creation's artificial barriers, and it was Malkav who came closest to achieving this enlightenment. To that end he destroyed his own ability to filter and interpret the world around him, driving him mad but bringing him closer to seeing the hidden possibilities inherant in the universe. His clan shares in Malkav's burden so that through them the Antediluvian can continue to refine his insights and continue to break through more barriers.

Malkav has likely become the Malkavian Madness Network, a psychic link connecting virtually all members of Clan Malkavian. Whether this is the Antediluvian's attempt to ascend to a higher state of being or simply an escape from Final Death, he is a mental force capable of sharing his madness and vision with all his descendants, possibly even directing their actions. Some extremists go so far as to say that the Madness Network is Malkav's nervous system, and that Clan Malkavian itself is the Eldest's physical manifestation. However, the extent to which Malkav truly exists or has control over the Madness Network remains a mystery that is unlikely to be solved any time soon, as no one has evidence of the Antediluvian taking direct action.

One idea espoused by some members of the Sabbat is that Malkav is asleep, and that should he wake the Ancient's mind will overwhelm his entire clan and consume them. Their hope is that by continuously increasing their numbers the clan will one day stretch Malkav's essence too thinly, rendering him truly vulnerable. This would perhaps explain why even members of the Camarilla do not always outright destroy those who come through the Embrace broken and unable to survive. The fact remains that of all the Antediluvians, Malkav's purpose or intentions are probably the least understood. He may be as preoccupied with the Jyhad as all the other ancients, or he may be attempting to guide his clan (or even the entire world) to an enlightened state. 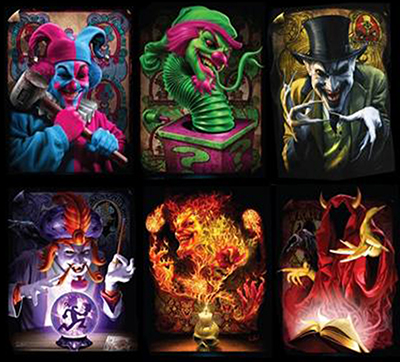 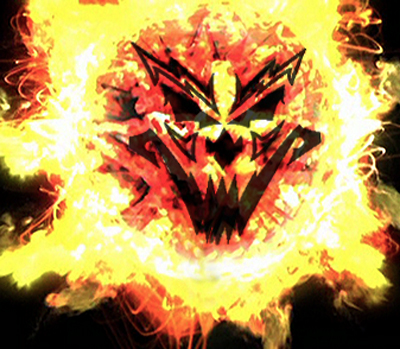 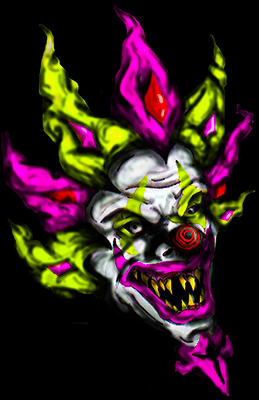 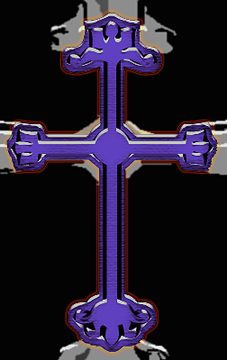 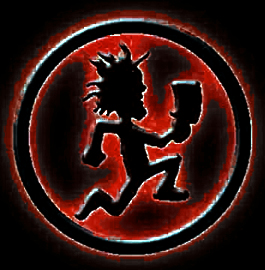 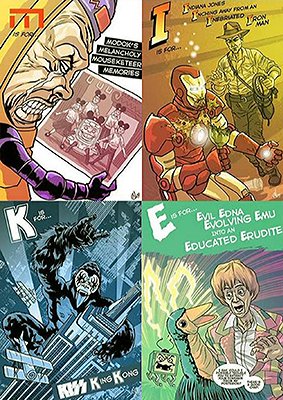 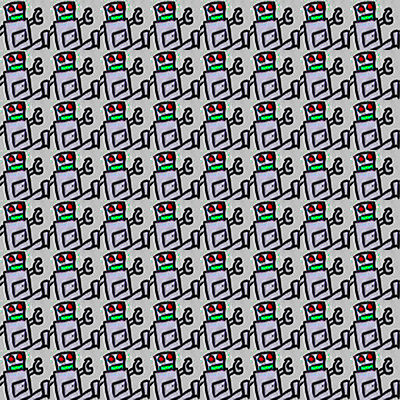 I have smelled your soul and rated your work.Don't trust everyone around here.That is my advice. 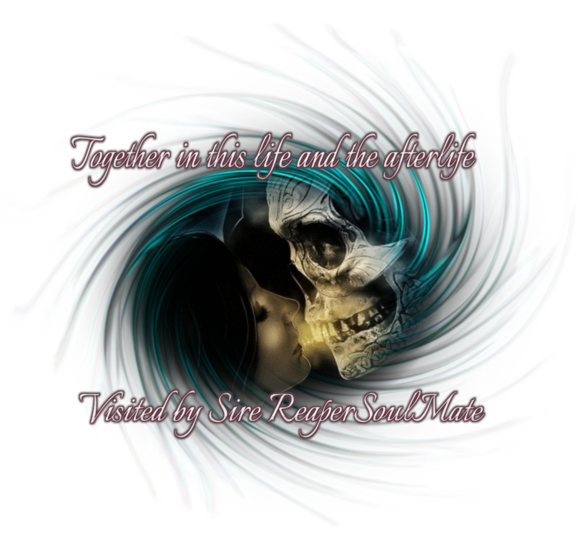 You have been visited and fairly rated by Ylvax. Enjoy the darkness. feeling wide awake and ready for the day