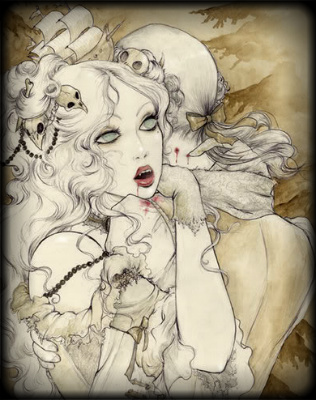 Sweet umberbird, lighten her eyes lest she sleeps the sleep of death, for she has seen the Face of God and her life must be preserved.


Please download the font VerzierteSchwabacher to properly enjoy the page.

We entered the heart of darkness.
And in the dead of light,
The Seventh Angel
poured his vial into the air.

Embosomed in my Temple
is a statue bereft of life.
Sweet umberbird, lighten her eyes
lest she sleeps the sleep of death,
For she has seen the Face of God
and her life must be preserved.

We met Luvadea, Maughter of mine,
And crowned her with emeralds and innocence.
But she was wearing the cobalt raiment
of the Angel of Death.

Your bloodstained hair
sears me in a sea of snakes,
A sun of amaranths,
With rays crawling on the Fields of Tears.

Adorn me in your torpid Temple
And forgive me if I cannot wake this dormant smile in your eyes.
The Cyllenian god did love my sweet music forlorn.


When the Sun remains silent,
I will lay my angels down,
For the Arch of my Temple
is a parchment of blood.

Even Death has fled from me.
I have seen the Face of God
And yet my life has been preserved.

The Bride of the Lamb poured herself into me.

And Despair fell on us,
As if we had entered
the heart of darkness...

Luvadeea or Luvadea
means Love-of-Death or Love-and-Death,
a way of denomination through association, pun and syllabic writing commonly used by William Blake (Urizen or Luvah in Vala or the four Zoas).

She is seen as one of the God`s eyes
in an obscure gnostic mythology
and she is portrayed wearing the mask of the
Goddess of Tragedy
("She came to me disguised as Melpomene").
She symbolizes the desire for death.

As same as the Basilisk, she is considered to spread death by mere glance.In the Middle Ages, the Basilisk was the symbol of the demoniac woman.But the basilisk is just another mask of Luvadeea.

Her real beauty is angelic in nature and that`s why it can not be perceived of the human soul without provoking death.Here on this virtual world she hides under the mask of a young woman, an artist and a dreamer who wears sometimes the mask of tragedy on the stage and off the stage.
In other realms the human beings call her Blood Tear but her real name remains unspoken.

She died the second death and still her life has been preserved!

In eternal Silence she walks accompanied by the Noble Wolf.

Although she is created by the Light,
she dwells in the dark and that`s why is known as
Umbra,
the astronomic term describing the shadow cone of an eclipse, the darkest region of a shadow produced by the superposition of two planets: the Heart of Darkness.


She is the protector of the dreamers and the sister of the sleeping red dragon.In her ultimate mercy, she brings the death during sleep for her adorers.


In the supreme amorous approach Death is eternity offered.


Death is the end of Death itself. 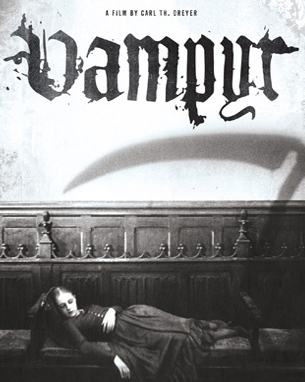