Pull the wool over your own eyes.

Welcome to my laboratory , as you can see it is undeveloped right now. However I will be tinkering with it as soon as I am set on a theme, and design.

Simply put I try to be as rational as I can be, I have an aversion to people who are to sensational with their isms.

I like people that can support their end of a conversation, and don't feel the need to promote themselves above others.

The essence of life is statistical improbability on a colossal scale.
Richard Dawkins

By all means let's be open-minded, but not so open-minded that our brains drop out.
Richard Dawkins

A delusion is something that people believe in despite a total lack of evidence.
Richard Dawkins

Most genres though I am peculiar about the songs I like from each genre. It would take me a day to list the artist I like. Same with Movies, I am a download pirateArg. So I am addicted to films, blockbusters, and Indi/Sun dance films. 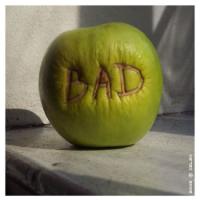