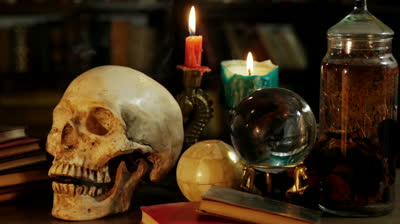 My name is shikaruchan a 23 year old writer and independent artist/jack of all trades.
I’m also Empath and a pyschic sanguine vampire which not only that runs in my family, I’m also a fan of pop culture which is and there in not limited to Anime/manga, cartoons, comics and I’m an occasional movie junkie as well.
and if you want to know more about what’s my favorite movie, book, comic and or manga so don’t hesitate to ask:)

Anyway, since some people on this site don’t like to read short profiles, or sit there and waste their time telling you that your profile sucks and start down rating to prove a point and want to know about my life’s story.
So allow me to grant you a little insight to explain to you if you please.
Yes when I was little I was born with some disabilities, this I will NOT deny. But as I got older I grew out of it. The only problem’s that remained was that of having problems with my math and English (I.e. Grammar).
now during this process, while I was growing up I’ve had people put me down one to many times or talk behind my back or... well the list goes on. But seriously getting to the point that I have heard the name calling and insults I have been called stupid and retarded I have even been insulted by adults. To and trust me for the shit I’ve gone through it really fucked my child hood up, Hearing it.
I’m surprised unlike others who would end up giving up, that I out of the few still managed to come out of the mess on the other side with only a few scratches.

I would also like to make a statement, since a user on this site to me along time ago made a derogatory comment about the disabled. I will tell you now just because someone is disabled does not mean that they are dumb, stupid, retarded, a moron or mentally challenged. When they are just as smart as the next person. So what if they can’t speak or communicate the same way you or the person next to you?. Who gives a damn for normal people to even say this about the disabled, is not only rude its borderline discrimination. For example I have a problem with my math and grammar does that mean I can’t function in normal society?, Actually I’ll answer that for you yes I can function properly I can I can hold a proper intellectual conversation with people, eat sleep and go to the can like a normal person OH wow I can even work too.
Now if you have a problem with disabled people and wish to air your grievances that’s nice please go find someone else to bother about it because I’m not interested since if you do leave a nasty comment then you obviously did not read the above section so like I said go bother someone else please and thank you.

That being said as I said in my first profile writings.
Yes at first I can be a very shy person and I’m also all around nice, but please don’t mistaken that for a weakness. Because if you cross me the wrong way there is very little chance that I will be forgiving as some people will point out to you.

Now on this site I have done some stupid ass things when pissed off, like lash out at the nearest person and possibly block them for awhile if they have done something stupid to make me angry. But if it is a genuine accident, regarding blocking someone I would be all to happy to unblock the person and apologize left right and center for my actions.
I’m also a person who will not trust someone until I get to know them, and if I’m willing to make friends I can tell you right now I am one of the most loyalist friends you will ever have, but let me tell you now I’m also a person who is very quick tempered and will protect my family and friends to the very fucking end so as I said I’m not a wise person to piss off on that topic.

Anyway as for Why I am here, I came here to make friends and learn on this site. But as I now have realized ever since I joined vampire rave, only one out of two of the topics I have just mentioned was only actually realized. Though granted I have made some awesome friends on here and I would not trade them for the world.

But not only did I make some friends, I have also made enemies as well which actually does sadden me greatly. Since most of the people that don’t like me have only gotten to know one side of a story from some losers mouth. More or less what I mean by that I mean some jackass, was spreading rumors about someone they did not even know to others who did not even know the person in question(namely me being that someone in question).
I mean like I said I came here to make friends not go back to High school because just like here, I’ve had to listen to drama at that hell hole high school as well. And honestly its just nauseating, so if that is all you wish to come to my page to do. Then would you kindly turn back now?.
Because though I’m use to “I.e. Accustomed to people starting drama” I just don’t want to be involved in it and would like to keep it that way if you don’t mind?.

also though I mentioned about having disabilities in the past, I would like you to please refrain from sending me messages of how you feel sorry for me for going through what I went through as a kid.
And yes, I will agree I have gotten some messages like this in the past. Though some of these messages are nice and kind. I have had people use that against me as well in a malicious way off of vampire rave here through more rumors by some who are probably still on this site somewhere?.

But in conclusion as I said in an above statement I am an all around nice person so do not hesitate to message me if you want:)

And onto some other stuff I almost carelessly forgot about...
Q 1: Regarding cyber dating?

A 1: five words for you NO fucking way in hell.
As I have stated above, I am here for friends not for a quick E-shag. So you can most definitely put that out of your heads right now. Because if you ask me not only will you be ignored, but the consolation prize is simple. You will win a one way ticket to being blocked as well.

A 2: well the answer is simple, if I wanted drama I would not of dropped out of high school just to walk back in there again. So more or less I am accustomed to people starting drama, but do me a favor, save yourselves some dignity and stop showing people what your I.Q. Is. By bring that shit to my page thank you very much because I will not tolerate it.

Q 3: and the rating system?

A 3: My rating system is simple, I rate generally anyone a 10 but I also like to give re-turn rates as well. So if you rate me anywhere from 1 to 9 on the rating system, your most likely going to get the same in return. So if you can not take what is dished out to you, The please don’t rate my page at all simple as that. Now for the few that have actually red my whole profile up til this point I am very sorry if I came off rude. But as for the others that don’t bother to read and assume shit then all I can say is that’s nice.
Now if you’ll excuse me the Adults have work to do thank you very much.

Anyway I hope this is all you wanted to see, because I probably will not be updating the profile for awhile.