Please read my profile in its entirety. You might learn something about me.

I have a few notable ancestors;

Grimbaidus Gambadudus, a Norman gentleman and kinsman of William de Warrane, Earl of Surrey (William the Conqueror) is regarded as the forefather of the Bacon family; came to England in 1066 with the Norman invaders and obtained grants of land near Holt, County Norfolk. His son, Randulph (or Reynolds) is supposed to have adopted as his name Ralph de Bacons-Thorpe (perhaps from Bechuns Thorp meaning Beechtree village). His son, George Bacon of Baconsthrope, County Norfolk, gave to his sister Agnes all the family estates in Normandy. Some authorities insist it was the grandson Roger, and not Randulph, who first assumed the surname Bacon. It is believed that Grimbaidus is a direct descendant of William the Conqueror, King William I of England. The origin of the name is a matter of conjecture. Some say it derived from the Anglo-Saxon word "bacan", meaning "to bake" and others trace it to "baccen", which was "beech tree" in Anglo-Saxon. Still other authorities insist that long before the Conquest of England by Duke William, Bacon was the name of a seigniory in Normandy.

Francis Bacon (son of Sir Nicholas Bacon) who was a famous Philosopher and 1° V. St. Albans.

And my great great grandfather Nathan Hughey, a worldwide fiddle champion back in the day.

I am a volunteer firefighter in the State of Arkansas, for a rural area and a small city. I am also an Emergency Medical Responder for both.

I have a cousin who is a hot shot out of California and another cousin who was a fire fighter with Cal Fire that recently passed away in May of 2014.


I have been playing guitar since I was 12 and have played in several local bands in the Fresno, California area. I miss the music and people there, but this is now my home and I am here to keep people and their land safe from fire.

I am the founder of Arklahoma Paranormal Research Team and 3MGT (3 Man Ghost Team). My husband and I are both ghost hunters and love all aspects of the paranormal.

I enjoy philosophical debates and discussions, whether it be on politics or abortion, I am heavily opinionated on various subjects and enjoy a good, friendly debate.

I enjoy reading anything I can get my hands on. I admire HP Lovecraft, Edgar Allan Poe, S.M. Stirling, Stephen King, young adult fiction, Kerrelyn Sparks, Manly P. Hall, and anything dealing with tarot, magic, vodou, occult, and witchcraft.

I listen to Anders Manga, Diary of Dreams, Lamb of God, Wumpscut, White Chapel, NIN, Queen, Pantera, Beethoven and a lot more. Some of my favorites are Carcass, Entombed, Bathory, and Venom.


I have been practicing the craft for 22 years and have been a witch in the Georgian Tradition since 2000. My lineage can be traced back to the Children of Luna Coven out of Fresno, California. My open craft name is Modesty and I was initiated by Lord DesertFox (RIP). I do not consider myself a Wiccan as I do not have traceable lineage back to Gardner himself. I am pretty set in my ways and share some views with "hard gards" about being a proper wiccan. For one, too many people these days are claiming to be a "wiccan" yet the only thing they know about wicca is what they have learned from a book. While Wicca is the religion of witchcraft, I firmly believe that since it was Gardner himself that started the Wiccan movement, and anyone initiated into his coven is considered a "Wiccan", most people that are claiming to be "Wiccan", aren't. If you were self initiated into the craft, you are not a wiccan. If you were initiated by a friend that was never initiated by anyone, you are not a wiccan. If you were initiated into a tradition that cannot be traced back to the traditional covens of England, you are not a wiccan. If you were initiated by someone that can trace their lineage straight back to Gardner, then you rightfully can say you are a Wiccan. It is not about a title. It is about how one has become what they are. A person doesn't just become a brain surgeon. They attend the proper schools and are trained by the proper people in order to graduate and call themselves so. So trust me when I say, you are definitely not a Wiccan at the age of 14. And you aren't born a Wiccan. Like I said, if you have no connection back to Gardner you are not a Wiccan. If you are a practitioner of the craft with no connection, it doesn't mean you are not a witch. You just aren't a wiccan.

I am a registered Democrat but consider myself to be of the Nationalist party.

I have 6 years of college under my belt for writing. I would eventually like to pursue my education further into criminal justice, psychology, philosophy or forensics and pathology.

I am not too fond of Christians or bill collectors.

I got married October 31st, 2013 in costume. In a cemetery. Even the man who married us was in costume. The cops got called on us because the caller told them we were out destroying graves. Funny considering it was 11 am and the cemetery was across from the police department. And my daughter was in costume as well and only 15 months at the time.

I will change my profile from time to time. The following pictures and video are from my cousin Roger's funeral.

*The prettiest pictures in the world can't make your profile cool, unless you have some intelligent words to back it up. It's the words people, NOT the pictures. A picture is worth a thousand words? Bullshit. A single word can live with you for a lifetime, either scarring you or lifting your spirit.

*I don't care how long you have been on Vampire Rave, if you can't be nice to new people, then maybe it's time you RETIRE to the confines of your living room where you absorb yourself in Vampire movies and teenie bopper romance novels..

I rate everyone a 10 unless you have nothing on your profile or something stupid.

I can be a smart ass but aren't we all? 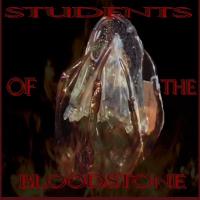