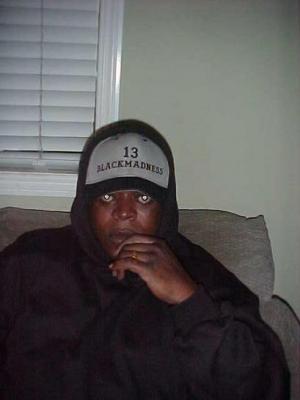 I HOLD DARKNESS & LIGHT IN MY HANDS AN END TO ALL BEFORE ME.

If you've taken the time, thank you.


my door is always open to any wished to converse chitchat or exchange ideals.,a good sense of humor welcomed; a friendly nature and willingness to talk joyfully accepted.


I was walking of a dimly lit wooded area towards some strings of light I saw breaking through the trees. As I got closer trees the trees were more sparsely spread out and it began to open out into a green grassy filled with small hills of our walk-through drafts the dandelions in the high FoxtellsI could hear bees buzzing seabirds lie about. The sun was shining air was cool the skies were blue almost upon us just the site experienced this made me feel lighter as i continue my scroll
Suddenly I was yanked through the air by some unknown force by some unknown power. I had the sensation of falling as I twisted my body to look up words to see where I was going. It was like the underside of the shell stresses far as I could see in every direction that reflected a mirror but it moved like water. Instantly I splashed into and out of sea like fluid that seemed cover everything. The substance was clear like glass of viscous like mercury as I broke the surface on the opposite side in almost instantly support my movements I find myself surrounded by huge pillars of the Earth and stone and the massive stalactites and the like mites. The air was still in there was a faint glow that seem to come from everywhere as I walked through the maze of columns I came to a huge open and stepped off of the flu floor who was solid ground The wind began to blow the darkness began to say a great wind began to blow around me in nearby darkness I saw some figures drawing closer and encircling me. But the forms to appear before me almost incomprehensible not daemonic non-angelic not human. The wind died down in a voice no not a voice but more of a sound spoke to me and I turned to face the direction. It was a ball of large Ball of wings and they all beat and flapped.And it asked are you goinging to devour me before my time has come before my final bill has wrong before My day has run its course. Then another creature spoke his words deep like the sound of a drum. It spoke why does the snow burn and why is the fire so cold I stood speechless staring at what seemed to be moving blob of internal organs and mouths constantly eating itself.another came close to me this one singing. it had the of a beautiful woman but the body of an alligator with squid like tentaclesa large serrated quilts that coverage back, and it sang nobler than the blood and bone no bone no Seoul without shape has a place to call home.

to be finished later need to get some sleep now.

As I lay sleeping one night, a vision began to consume my mind. I could see the universe, our galaxy. I could see the very earth as it became clearer I found myself speeding toward it standing in the midst of what could only be Eden. Clouds rolled by, birds sang. And everywhere around me hundreds, no thousands, even more, millions of cradles swaying back and forth gently in the breeze. And as I walked through the rows upon rows, the soft cry of an infant began to fill my ears. First one, then two, then ten then fifty, then one hundred and so on. Crying out wah, wah, until it was louder than a thunder clap. Filling my ears, sending pain through my body, causing my ears to bleed. And me to fall to my knees in pain. Just as the pain became overwhelming and I began to lose consciousness, I heard the cries change from wah, wah, wah, to why, why, why. With my last grasp at consciousness, the world was blasted by a horrific ball of fire, and I saw the tiny cribs with delicate hands reaching up toward the sky. Suddenly reduced to ash, their cribs, their bodies, nothing more than mere shadows, burnt into the ground. Then all was black. I cannot tell how much time has passed, until I rose to my feet and the sight that I saw is now forever burned, not only into my memory, but into my immortal soul. Where rows of cribs had stood, now stood on rows of tiny mounds adorned with grave markers shaped as crosses. And the very earth itself had been torn asunder with festering gaping wounds, as far as the eye can see. As the smell of burning flesh filled the air and stinging gray ash fell from the sky, as I looked upward, past the moon to where the stars would have been. Now nothing more than an inky black abyss with a blood red sun.


I was wandering in the darkness; and I couldn’t see my hands in front of my face 4or my feet below. The air was still and the ground I walked on felt wallowed, like tracking through ankle-deep partially dried cement. It was hard to hold my footing as I walked aimlessly in the darkness. Then the darkness transitioned slowly into a fog thick as cotton and as white as a sheet. My line of sight still unable to see my hands before me and feet below me and now the ground beneath my feet began to shift and move like I was standing on a bed of serpents. The ground convulsed and heaved, writhing up and down like a bad fair ride. The fog began to lift and I could see past my waist to my knees. I can see past my nose to my shoulders. I continued to walk as the ground seemed to calm. I tracked forward still the white veil that obscured my vision almost completely gone. I could see my hands and the tops of my shoes but still not the soles of my feet. I was frozen in place by the sight of the sun cutting a path through what remained of the fog. and I realized the soggy ground that I had been walking on wasn’t ground at all, it was water near a beautiful beach with bleach white sand, large palm trees waving to and fro and I stood on the bluest waters I had ever seen, clear from top to bottom. I could see fish and rays swim beneath my feet. And then I saw shadows swirling from the bottom and circling the beautiful fish, devouring them. Sharks of all kinds, barracudas, eels and other predatory creatures of the deep. The ocean shuddered and buckled and I saw big crevasses open up in the floor of the sea and the water began to boil and pop all around me, stinging me as if I had put water in a hot pan full of oil. The ocean sizzled, the fish tried to jump from the water only to fall back down in, their bodies reduced to skeletons that swirled down into the darkness. And the water turned red like blood, it was blood. Then human portions began to bob up all around me like some kind of sinister stew. Parts not severed but torn asunder, ripped from where they had been attached. This all floated around me and the waves began to move, splashing against me pushing me toward the shore wave after wave, coagulated and rancid like runny pudding . I felt myself begin to sink, scrambling, standing on a torso here, a bunch of arms and tissue there, trying to regain my footing. Trying to stand, I looked down to, to…I don’t know why I looked down. And there I was standing on the carpet of faces, eyes wide open, mouths gapped wide forever frozen in an eternal scream. The sun blistering hot burning my skin and I could see a dark cloud on the horizon as I made my way to shore. As I made it to shore vultures and buzzards began to appear in multitude with crows and ravens, magpies and pigeons and they began gorging themselves on what washed ashore, just gobbling down chunks bloating themselves until they burst and their eyes bled, until their stomachs ruptured, so many birds flying down gorging themselves on what washed ashore. Their wingbeats sounded as a thousand drums, their flight created a wind that made the palm trees bend.. And then the cloud that had been on the horizon was now overhead darkening the sky, and the drumbeat of the birds wings was drowned out by a deafening buzzzzz of a billion wings. They looked like horseflies with scorpion tails. They descended and began laying their progeny all over the shore and the sea, biting and stinging the birds, killing them, devouring them until none were left. Their pupae, their larvae, their maggots almost instantly began consuming the carnage that covered the sea and the shore. They consumed in such great speed and began to grow larger and larger still until they were 5 or 6 ft long and thick as a football. Their mouths were circular with row upon row of tiny backwards-facing teeth that seemed to start at their mouth and go all the way down to their stomach. They devoured the flesh, they devoured the bone, they devoured the blood. And as they consumed all that was there, pools of blue water began to return and I could see them devouring the carnage on the bottom of the ocean as well on the top of the sea. While their parental swarm still darkened the sky they began to slither ashore, pink and slightly translucent. The shadow of things devoured passing through their bodies. The parental swarm began to fall from the sky onto the ground below and the darkness began to lift faster and faster more and more their dead carcasses began to fall from the sky and the sun began to shine. Rays of light begin breaking through like swords, setting ablaze their progeny as it touched them.

Columns of Burgundy smoke filled the air with the smell of rotting and burning flesh. Icy cold winds blew offshore carrying the smell and the ashes of the charred remains out to sea. 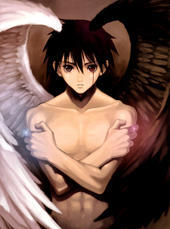 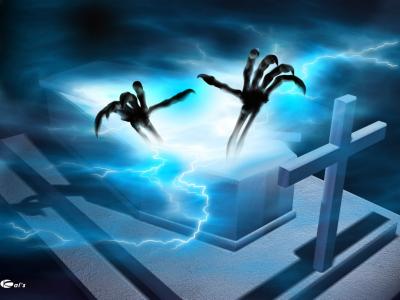 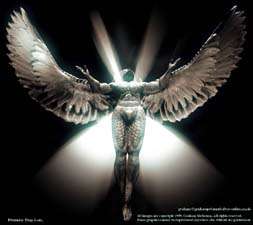