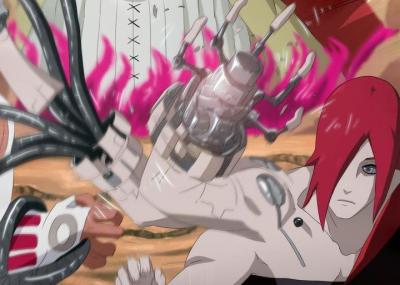 We are Pein and we are god!

The word Pain will be replaced with Pein when addressing to name.

My name is Nagato Uzumaki. I am the one true Pein. I control the 6 paths of Pein due to a jutsu that I used in the past which render my legs useless.
A little about me: I was born during the Second Shinobi War. During this time, I lived with my parents in a village near Amegakure. Sadly, one day, two Konoha shinobi broke into our home and ransack it for food. We were going to escape, but I accidentally made some noise and we were noticed. My dad try to fight the Konoha shinobi so that me and my mom could escape, but one of them managed to get to us. My mom sacrificed herself to save me and my dad was killed by the other shinobi. I was the only one left when the Konoha shinobi finally noticed that I was only a child and that my parents weren't shinobi. The pain of losing my parents awaken my Rinnegan and I killed the two Konoha nins. This is the first greatest pain in my life. The rest of my story simply involves my life with Yahiko and Konan after we were trained by Jiraiya.

Quotes: Those who do not know the meaning of pain will never understand the meaning of peace.
Know pain.
Naruto… I'll be returning to where our master is, so I can see your story… If you ask me… You're the third part that concludes the series… The first part was Jiraiya… He was flawless… But… The second part was me, an almost complete failure… I couldn't even get our master to acknowledge me… Ending the series is the third part… The final work will settle it all! Become such a masterpiece that that failure will be like it was cancelled altogether… Naruto!
You think you're the only ones who matter. You think you can put off death. But that peace made you foolish and thoughtless. If you kill someone, someone else will kill you… this hatred binds us together.
Out of love, sacrifice is born… Hate is born… and we are able to know pain!

Likes: being a god, being the second in command of Akatsuki, pain, Yahiko, Konan

Dislikes: fools who don't fully comprehend the meaning of pain, Danzo-teme just because he's a corrupted old man and he's weird, Hanzo for getting Yahiko killed, the Konoha shinobi who killed my parents, Tobi for stealing my Rinnegan and for killing Konan

My father figure is Jiraiya of the Sannin although I wish that he stop peeking in the hot springs every 5 seconds.

The original Akatsuki is my family.

Accomplishments: Defeating Hanzo of the Salamander, destroying the village of Konoha, being the leader of Akatsuki, killing Jiraiya, sealing away 7 of the 9 bijuus

My wish for peace has been passed down to my fellow disciple, Naruto Uzumaki.

Shinobi that has earned my respect: Jiraiya, Itachi Uchiha, and Naruto Uzumaki

I died from using up the remainder of my chakra when I use my jutsu to bring back to life the Konoha civilians and shinobi that I killed during my invasion. I was brought back to life thanks to Kabuto and his accursed Edo Tensei. However, thanks to the teamwork of Naruto Uzumaki, Killa Bee, and Itachi Uchiha, Itachi manage to stab me with his Totsuka Blade and seal me away for good. Before I was fully sealed, I said my last words to Naruto as I am sure that he is the one who will be able to do what me and Jiraiya failed to do.

Yahiko, Konan, and me

Amegakure: the village that I liberated from Hanzo and is the headquarters of Akatsuki

Back from the dead. Deidara, Sasori, me, Itachi, and Kakuzu

the mentorship that I am in

the coven that I am in 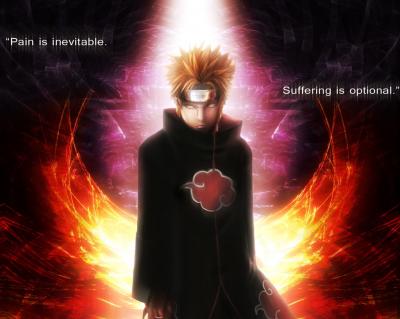 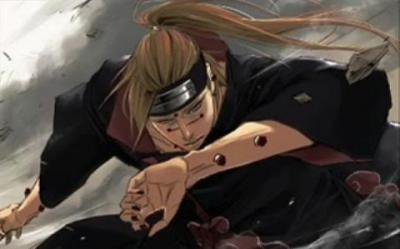 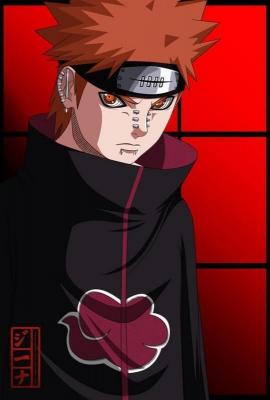 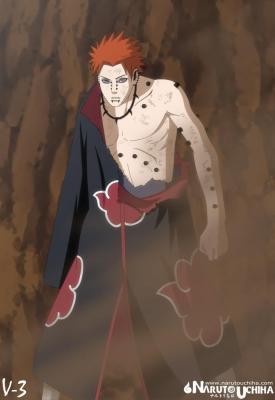