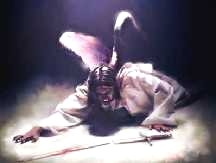 The invisible man. In plain site, yet never truly seen.

Wow, haven't been on in 6 years....
Posted a few new things in journal if anyone cares.

Please Read this First portion if I have rated your profile!

Well it would seem that I need to explain something. I have received several messages as to why I voted their profiles an 8 or some other number.
I should explain.
It is NOT meant as an offensive gesture!
To me, to earn a 10, is near impossible.
A '10' is perfection. Which in its own right, is near impossible, if not outright.
So please, do not take offense, it is not meant in that way and do apologize if that is the way it was taken.

One other thing, if you add me to your friends list, please let me know. I've been added and dropped a number of times and only know of 2 on who I was listed.

Please don't rate my profile a 10 unless it is honestly deserved in your opinion.
Give me an honest opinion and by the gods, if you rate me something below a 7, tell me what it is I could do to "upgrade/improve" my profile.
I do not counter rate! I do not "lowball" rate.
I am still debating after all this time here how I want to do my rating. So many things to decide on.
How hard was it for each person (you) to create their (your) own profile?
How much actual effort was put into it?
How easy is it to read?
How entertaining was it to read?
Is it just a simple merging of pictures/stamps?
Is there something about you that doesn't involve quizzes? (I don't expect a lot here, but something about you.)

If you feel your rating was low, message me and ask me why, please don't lowball rate or even equal rate. When you do that it tells me you didn't actually read my profile. All you did was see my rating and come to my profile to rate me the same as I rated you. Just taking your "revenge" and rating the same.
I will take a moment and look at your profile again and give you an honest opinion on it. Odds are you won't like what I say, but just remember, you did ask.

I've been doing a bit of thinking on this and I've decided on a few things.
First, if you're on my friends list, auto - 10.
Second, all portfolios & journals will get an auto - 10.

My name, created via my dream...

This is a dream I had a few years back. Thought I would share it, showing how my name was chosen.

I was, in effect, Pontius Pilate, but not exactly. I was the leader of an army of the damned. I was the one ordering Christ to be killed.

I was evil. I could see my armies for as far as the eye could see. Men colored like blood, the skies were red, orange and yellow, like the fires of the nine hells. The men were wielding weapons waving them in the air, preparing for war.

I now knew that what I was doing was wrong, and yet I had to do it. It had been written, I must kill Christ, I must wage this war, that I now no longer wanted to lead. I felt tears of sorrow build, but I did as I must and ordered his death, Christ’s death.

I took a bandage from his body, a bandage that had his blood on it. I took my weapon, a spear/staff weapon, cut my left palm, the blood began to flow. As quickly as the tears. I wrapped my hand in his bloodied bandage and Yelled to my men (or would demons be a better term?)

"The blood of Christ flows through my veins and we can not be defeated!"

To my men it meant now it flows there, (it mixed with mine from his bandage and my fresh wound) To me, it meant that he always had, I had just now realized it and it was too late...

It now looks like I should go into about myself a bit. Not too good at this.
Well, lets see.
Music, I love music. Any and all kinds. In my playlist within Winamp it can easily go from Disturbed to Alabama to Eminem. Followed quickly there after by Guns & Roses to who knows what next.
I could care less who sings the song, who plays it. If the song can touch me in some way, I like it.
Hard core of Dark Lotus to the limp wristedness of Air Supply, I simply love music!

To be honest I am unsure what all to put up here so for now this will be it I'd imagine. I will add more as things come to me.


Gaming is addictive as sex...
but there's no orgasm to let you know when to stop.

Jesus saves...
and takes half damage.

I Pledge Allegiance To The Hatchet, Of The UnderGround Juggalo Society, And To The Ninja's For Which It Stands, One Family, Under Clowns, Full Of Freaks, With Neden And Faygo For All

"Terrible thoughts run through my mind
Causing my head to fill with anger
Anybody I don't know I wanna strangle
Does that make me such a bad guy?
Nope
Y'all like live bitches, I like the dead kind" 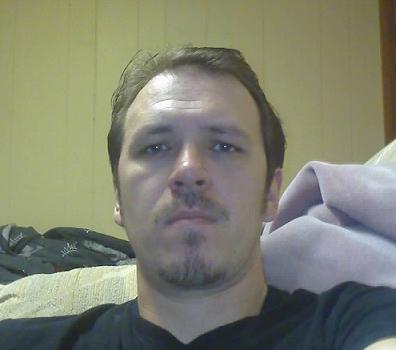