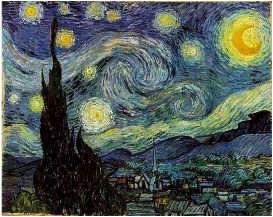 If there is in this world a well-attested account, it is that of the vampires. -- excerpt from a letter from Jean-Jacques Rousseau to the Archbishop Christophe de Beaumont


As a general note - I tend to dislike stamps. I find only a stamp as a comment rather unoriginal. Just a note.


Do you read profiles? I dare you to.

"I am probably out burying bodies. Call me if ya wanna help, but don't come over unannounced or I'll be digging holes all damn night."

"Requiem is so antimatter, when she sells your soul to a magician, Eskimos grind a knight!" -- Mr. Insulty
(Still haven't figured out what the fuck he said)


I read just about anything I can get my hands on, listen to about everything except rap and pop ... They make me want to bleed out of my ears. I write (chiefly erotica, but some poetry too), I draw, I sing, I sculpt and I am an accountant. I also enjoy beadwork, threatening squirrels, my stuffy penguin, giving most people a large ration of shit and my Tigger fleece blankie.

I'm not fond of most people. Ok. I am easily irritated. I tend to stick to myself for the most part; saves me from telling some tragically IQ-challenged individual not to breed. Ever.


I have been accused of being antisocial. (Moi?!)


I have 4 cats. They are absolute heathens. (Ok, I think their antics are cute. And they may make a nice fur coat someday.)

This is one of my most favourite poems. It was written by Maya Angelou (for whom I have nothing but respect).

Pretty women wonder where my secret lies.
I'm not cute or built to suit a fashion model's size
But when I start to tell them,
They think I'm telling lies.
I say,
It's in the reach of my arms
The span of my hips,
The stride of my step,
The curl of my lips.
I'm a woman
Phenomenally.
Phenomenal woman,
That's me.

I walk into a room
Just as cool as you please,
And to a man,

The fellows stand or
Fall down on their knees.
Then they swarm around me,
A hive of honey bees.
I say,
It's the fire in my eyes,
And the flash of my teeth,
The swing in my waist,
And the joy in my feet.
I'm a woman
Phenomenally.
Phenomenal woman,
That's me.

Men themselves have wondered
What they see in me.
They try so much
But they can't touch
My inner mystery.
When I try to show them
They say they still can't see.
I say,
It's in the arch of my back,
The sun of my smile,
The ride of my breasts,
The grace of my style.
I'm a woman

Now you understand
Just why my head's not bowed.
I don't shout or jump about
Or have to talk real loud.
When you see me passing
It ought to make you proud.
I say,
It's in the click of my heels,
The bend of my hair,
the palm of my hand,
The need of my care,
'Cause I'm a woman
Phenomenally.
Phenomenal woman,
That's me.


One of my poems:

This Painting of Me

There is a picture I want to paint, but not of browned gardens
stuffed with gods and their swaggering columns of sin;
Not of fractured river stones crammed in the maws of shocked goddesses,
impenetrable and towering.

The gardens and their flaccid gods, those endless rows of empty,
died sixteen years ago when ranting goddesses
gave each others’ cheeks and hair and virginity away.

There is a picture I want to paint in oils –
mutable colours, granite and fire opal in their changing,
a black bird, queer and frozen; a dark ribbon against a white sky at night –
a sly, leaping gazelle.

I’ll mark her west-running tracks in candle wax,
paint a grey and red wolf,
howling in ecstasy of the Moon’s bracelets,
Her palette, a shawl of still oceans.

There is a picture I want to paint;
it is of sand and cigarettes and moonbeams,
one scalloped slush on canvas,
this painting of me.


A recurring dream I have.

it's always midnight, no matter how long it is, it's never anything but midnight standing in a cul de sac, its ringed in a chain link fence and all the little tops are off the posts except for one, mist roiling around, I'm wearing jeans and a t shirt, no shoes and I feel death playing a drum behind me, death plays a drum, a snare, a soft martial rhythm, and the feel coming from death is so peaceful I want to turn
but then it stops being peaceful and I see children everywhere, children with limbs gone, with sores everywhere, with pieces of their souls missing, with empty eyes and with eyes too full to be in a child's face, and it feels like the dark, a gaping terror, and I start to run, but its that goddamn dream running, it takes forever to pass the post that still has the top
and I miss touching it when I run past, and its significant for some reason that I touch the post but I don't know why and I missed it anyway, and the cul de sac opens into an arroyo, a shallow canyon, a natural flood waterway, and the shale at the bottom starts cutting my feet as I run, I can hear my panting, and I know the children will smell the blood and chase me, track me with it, running, and I hear the children, so small, hurt, gibbering behind me, chasing me, to the rhythm of the goddamned drum
and the walls of the arroyo start changing, it takes me a bit for my mind to see what the walls have become, they've changed into stacked bones, so small, finger bones, little arm bones, tiny skulls leering out at me, then the walls shake themselves out, and they take up the chase with the children, and they are howling now, not like wolves or coyotes, but howling like there is nothing good ever anywhere
and I can feel their howls in my bones and still that drum plays
and the arroyo ends in front of me, and I try to climb it
and the walls start pushing me back down into the hands of the children
and they start whispering things, eldritch and unintelligible things
and I can feel the power from their broken voices
and they start changing
they are becoming whole and the bones grow flesh, and every injury every sickness every single bit of damage in their little bodies are pouring onto me one after another and they are whispering it is my reward for seeing them dead
and the mist keeps roiling and the drum gets quieter and quieter
and I see death's face and I KNOW that face
and I feel myself going mad and I can't stand any more
and the children, those whole beautiful children start picking apart my bones
but I’m not dead yet I yell, but they pull and push bits of me to chink up holes in the walls
and I can still hear the faint drum, quiet but still playing and its still midnight
and the children go out to play in the mist, and I'm still not dead

A Poem I wrote

ANOTHER Poem I Wrote

(This one was because I like anachronism and dichotomy. Had to see if I could do a poem in 17th century style about an 8 piece Jazz Combo.)

Unrestrained and zesty, your harmonious thick stew,
from eight individual cacophonous chefs did brew.
My ears, one time, turned, and in your staved wood were tossed,
raffishly, while I, to your fractious melody, was lost.

First entered the eighty-eight ivory and ebon,
mallets stroking filaments like spiders their webbing;
and, like the clothing of trees on God's breath, emerald flight,
came slender pine younglings to wicked titters incite.

Resonant depths plumbed, arable and dark,
couple with the counterpoint of a six-winged lark.
Bright Moira of descants, you fascinate and beguile
with hexagonal arrisions of passionate wile.

Oh! Succulent corsairs of the aural cerulean deep,
entreat more vessels in your crystal artesians to steep!
In singular riffs, like Persephone it taunts,
tendering that golden fruit in three-valved jaunts,

One alto, one tenor, in brassy, reeded flow,
in perfect Feng-shui, order this imbroglio.
Impish and enigmatic as the moon in brilliant Cheshire
are the four paired melodic grins, in confluence, sweet satire.

While mewed in the center of this complex imagery,
my Self is discovered to myself, unashamedly.


In the beginning was void - no sound, no sight but the empty, no smell, no taste, no sensation. There was no me, no I, and the lack was not recognized.

Out of the empty came arid, dead clods of dirt, incapable of supporting any life, be it plant or bacteria, and they struck me, and at the sound of the clods striking my flesh, I knew "I."

The dirt fell in powder to my feet where it became a rich black arable fertile loam, its smell ripe on the back of my tongue like the air before a thunderstorm. The clods came faster and faster until stretching around me as far as I could see, was black dirt waiting to nurture.

My feet dove and stretched down into the earth into roots and my legs twined into the boles of a great tree. My hands twisted into the air, leading my arms into branches, to twigs to leaves, and branches shot from my eyes. My hair twined into vines, curling through the limbs of the tree I had become, and from the juncture of my thighs poured the waters of the earth in a great river, leading the fish of the sea, and the animals of the earth crawling out of me to nibble at the growing foliage spreading outward. Then the birds and the insects flew from my mouth to nest and to burrow and skirl through the air.

And it was good.


Oh. And if you've been actually reading this far, and not just looking at the pictures to formulate your rating from those, you might want to take a look at my journal. *grin* There are several months' worth of blather there.

Right below is me pouting about some cookies which were gorgeous - but would have made me extremely ill to eat. 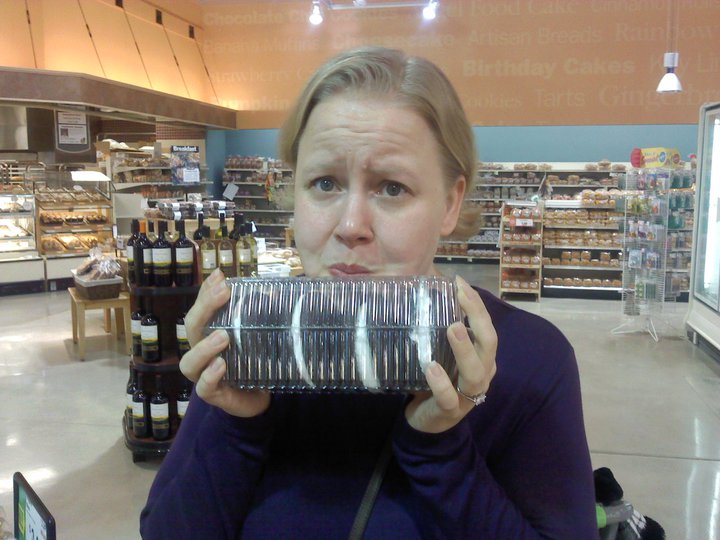 hah! I was gifted with a Badge for the VR Grammar Police! BEWARE! 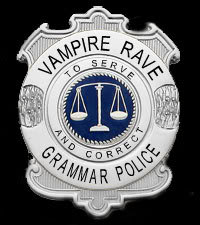 TO SERVE AND CORRECT!!


If your life catches fire ... Like a phoenix, rise from the flames.