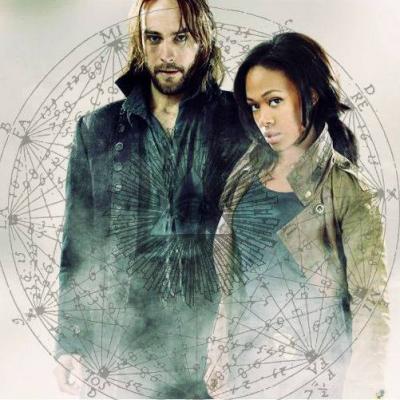 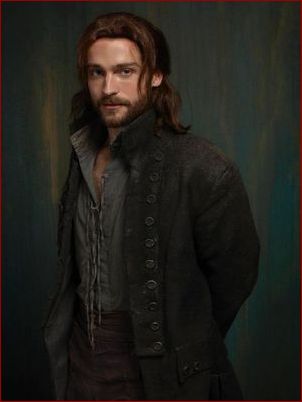 In this modern-day twist on Washington Irving's classic, ICHABOD CRANE is resurrected and pulled two and a half centuries through time to unravel a mystery that dates all the way back to the founding fathers. Revived alongside Ichabod is the infamous Headless Horseman who is on a murderous rampage in present-day Sleepy Hollow. Ichabod quickly realizes that stopping Headless is just the beginning, as the resurrected rider is but the first of the Four Horsemen of the Apocalypse and only one of the many formidable foes that Ichabod must face to protect not only Sleepy Hollow, but the world. 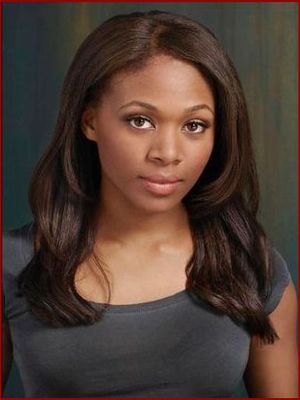 As Ichabod finds himself in 2013's Sleepy Hollow, he discovers a town he no longer recognizes and grapples to understand. Teaming up with Detective ABBIE MILLS, a young cop who has her own supernatural experiences, the two embark on a mission to stop the evil that has awoken along with Ichabod and that now is seeping into this once-sleepy town.

Sheriff August Corbin is the long-time partner and mentor of Lieutenant Abbie Mills of the Westchester County Police Department. He was murdered by the Headless Horseman. 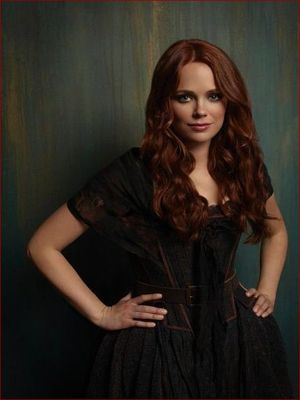 Clues from the past enlighten mysteries in the present, as each episode features a flashback to Ichabod's life in 1776. Ripe with untold stories from American history and cloaked in mythology, the divide between present and past becomes dangerously blurred. Lives are in the balance, including that of Ichabod's late wife, KATRINA, who is trapped in a mysterious netherworld. In his pursuit to save her, Ichabod uncovers secrets about her, leaving him with countless questions. 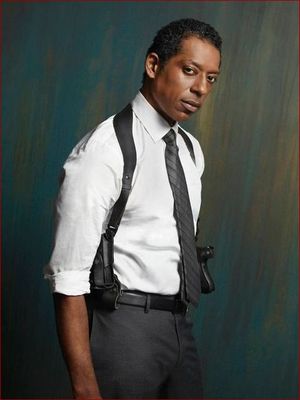 Not everyone believes Ichabod's tales of 1776 and supernatural evils, especially the new head of Abbie's police precinct, Captain FRANK IRVING. When faced with bizarre events he can't explain, Capt. Irving reluctantly turns to Ichabod and Abbie to investigate.

When Jenny and Abbie were kids, they saw four white trees and a figure by them they couldn't make out. Neither one of them remembers what happened next because they ended up far from where they started near a road. Abbie and Jenny never really recovered from such an experience. Jenny herself after a while ended up in an asylum because she kept on insisting on what she saw was real.


Jenny is first seen doing push-ups, and hiding the anti psychotics she is given by the nurse rather then swallow them. It seems like Jenny is getting ready for something, and she wants to get stronger.

Jenny was the one who Abbie was told about by the vision of Sheriff August Corbin, her room number was mentioned. The sheriff said to NOT be afraid of the number 49 (Jenny's room number). He said that this was where Abbie would find that she is not alone. Quite possibly meaning that she would have help from her sister. The Demon showed itself to Jenny Mills when she was doing pull-ups in her room in the asylum, just the same way it showed itself to Abbie when she looked in the mirror in Andy Dunn's cell.

Ichabod's extensive first-hand knowledge of our country's hidden history, coupled with Abbie's superior profiling and modern threat assessment skills, make them a formidable duo. The complex pasts of the pair, from Ichabod's inclusion in the powerful and secretive Freemasons Society to Abbie's childhood visions, will help them solve the intricate puzzles of Sleepy Hollow in order to protect its – and the world's – future. As history repeats itself, the oddly-linked pair will draw on the real stories and secrets this nation was founded on in their quest to stop an increasingly vicious cycle of evil.

Moloch is an ancient demon, spoken of in several theological and religious books, including 17th Century poem Paradise Lost by John Milton.

In the 1800's he managed to imprison the powerful witch Katrina Crane of the Sisterhood of the Radiant Heart in the World Between Worlds.

The first recorded Sleepy Hollow sighting of Moloch was by a farmer who spotted him in 1882, appearing nearby four white trees in Pocantico Grove. He would return centuries later, when he was seen by Abbie and Jenny Mills.


The Shadow Warriors were a unit of Hessian mercenaries (The 5th Battalion) who fought for the British against George Washington and the Colonials. The Headless Horseman was one of them. On their bodies they bore a symbol tattooed into their skin, the mark of Rheinhessen, which looked like a eight spoked wheel with spearheads at the end of each spoke.

The 5th Battalion were employed by the British to help suppress the rebellion by Washington and the Patriots. During a battle in 1781, they were engaged in combat against Ichabod Crane's regiment. One of their soldiers, the Horseman, fought against a Patriot soldier, Crane. The Horseman mortally wounded Crane with his broad axe, but was beheaded by Ichabod with a saber.

It was presumed that the unit was long disbanded; however, as it turned out, there was still a people dedicated to their cause. Three modern Hessians serving Moloch - Gunther, Armin and Hagen - turned their attention to Jenny Mills and The Lesser Key of Solomon. They intended to use the Key-which was a spellbook written by King Solomon- to summon a group of seventy-two demons from Hell; however, they were defeated by Crane and the Mills sisters.


Ro'kenhronteys, as he's called by the Mowhawk people, commonly referred to as the Sandman. In modern days, he is an evil dream spirit, attacking people in their dreams.

Ro'kenhronteys exits in the Dreamworld going after anyone that has betrayed or turned their backs on someone's plight. He can only be stopped by a symbol or if someone faces his own personal challenge in the Dream World.

The Sisterhood of the Radiant Heart were a coven of good witches who practiced white magic and who devoted themselves to protecting the world and mankind from the forces of Evil. Sheriff August Corbin indirectly mentioned them when he in his recordings talked about two covens in Sleepy Hollow, one good, the other evil. The leader of the Sisters was Katrina Crane, wife of Ichabod Crane. During the Revolutionary War, the Sisters opposed Order of the Blood Moon, a dark coven led by Serilda of Abaddon, with Katrina herself performing the spell which made Serilda vulnerable, resulting in her capture and execution.


The Order of the Blood Moon is a dark coven, a group of evil witches that serve The Demon. They were led by Serilda of Abaddon 250 years ago, and rivals of Katrina Crane's coven Sisterhood of the Radiant Heart.

Serilda of Abaddon, is a witch who collects ashes so that she can resurrect herself. She was originally part of the Order of the Blood Moon, a dark coven, but was ultimately undone by a good coven known as the Sisterhood of the Radiant Heart, to which Katrina Crane belonged.

Serilda was a Roman descending from Greece, and Ichabod Crane first encountered her back during the Revolutionary War when his regiment returned to their camp near Albany one evening during a blood moon, only to find it mysteriously destroyed, the soldiers there slaughtered by being burnt to a crisp.

While inspecting the remains of the camp, Ichabod suddenly sensed a malevolent presence in the nearby woods, and saw Serlida, peering out from behind a tree looking at him. He didn't know who or what Serilda was, only that the sight of her chilled his blood like nothing before. General Washington believed that Serilda was a high priestess who was the founder and leader of a coven of evil witches who were allied to the British. It was revealed that the Sisterhood of the Radiant Heart, the coven to which Katrina belonged, cast a spell using white magic which made Serilda vulnerable, resulting in her capture and subsequent execution by burning. While she was being burnt, she swore to return by taking the flesh of the living, the ones who condemned and executed her.

In the modern day, Andy Brooks, the minion of The Demon, Serilda's presumed master, uses a medallion given by the Demon to him to revive her. She plans to get the ashes of the descendants of the people who brought about her death to combine with her bones in a ritual in order to fully resurrect herself. She starts by going after Jeremy Steven Firth, the descendant of the magistrate who sentenced her, with Brooks's help, attacking and fatally burning him in his car, and taking some of his burnt remains. She then takes the urn containing the ashes of the last descendant and goes down to the tunnels beneath Sleepy Hollow where the remains of burnt witches were hidden away.

Ichabod and Abby attempted to prevent the ritual, but failed and Serilda was able to fully revive herself. Ichabod had a pistol given to him by Abby; however, he was unfamiliar with modern firearms and drops it after one shot, which Serilda blocked. Serilda then tells them that it was Katrina who bound her powers, and was now imprisoned in the world between worlds. Before she was able to kill them, Ichabod threw a torch which landed on a nearby chest of gunpowder that was stored down in the tunnels, detonating it and bringing Serilda her second death.